Pak I Care are expected to comfortably beat Fateh CC is a chalk and cheese battle.

The 27th match of the ECS T10 Barcelona 2020 will be played between Pak I Care and Fateh CC at Montjuic Olympic Ground, Barcelona.

After handing Raval Sporting CC a thumping defeat by 79 runs in their previous match, Pak I Care will look to replicate the same dominance against Fateh CC in their upcoming match. They have played some sensational cricket of late in this competition. Before beating Raval Sporting CC in quite a fashion, they defeated Catalunya Tigers CC by ten wickets.

They are expected to find it easy to register a win against Fateh CC in their next fixture. Fateh CC are coming into this game on the back of a 19-run defeat at the hands of Minhaj CC. Thus, comparing the recent form of the two teams, Pak I Care holds the upper hand in this contest.

The skies will be mostly sunny on Tuesday afternoon in Barcelona. There are predictions for light rain, with the temperature expected to be 17 degrees Celsius.

The batsmen have enjoyed batting on this surface, as there have been many high-scoring encounters in this tournament. The overcast conditions might assist the fast bowlers, meaning that there could be an equal contest between the bat and the ball.

Trilochan Singh has taken four wickets in the last two matches. He has been one of the few positives for Fateh CC this season.

Rajiv Singh, in the last two T20 matches that he played, has scored 37 runs,. He smashed three fours and two sixes.

Sikandar Ali has amassed 96 runs off 32 deliveries in the last two matches. The opening batsman has smacked six fours and ten maximums.

Although he was a bit expensive in the last match, Hassan Gondal bowled an impressive spell of 2/9 against Catalunya Tigers CC. He could prove to be the ‘X-factor’ player for your Dream11 Fantasy teams.

This is the best we’ve played in 13 years: MI franchise owner Akash Ambani 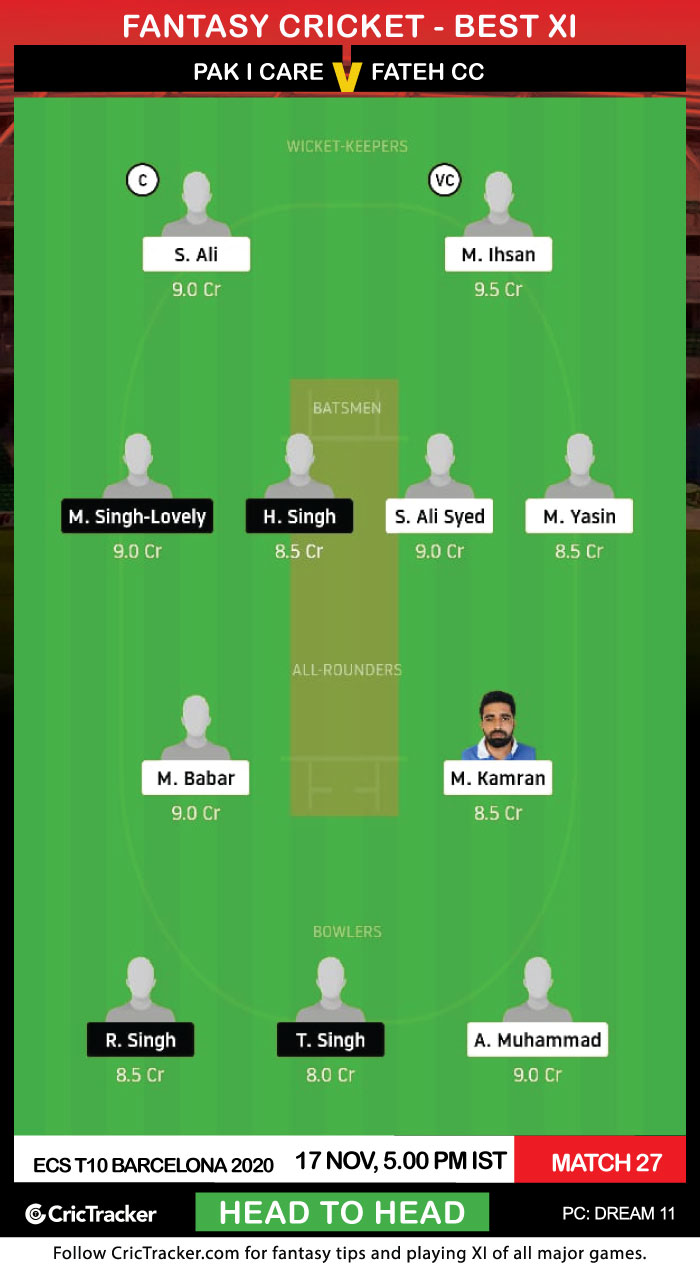 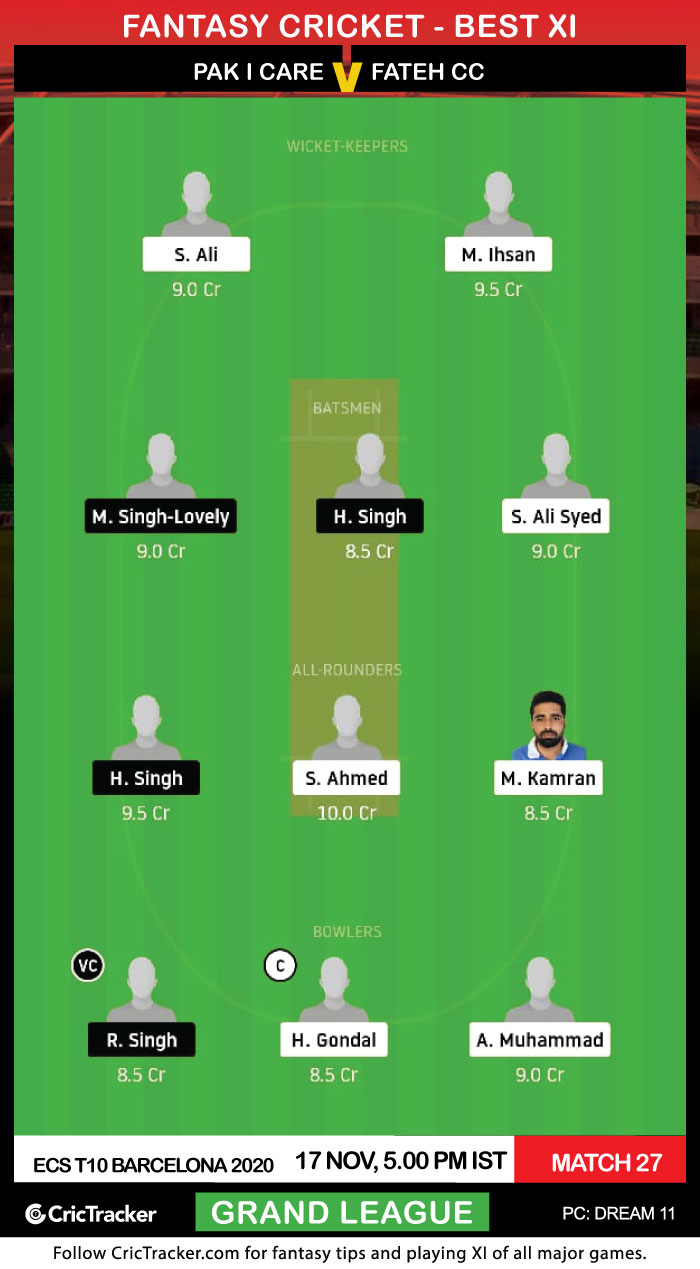 Muhammad Ihsan missed out on a well-deserved half-century by just one run against Raval Sporting CC. The opening batsman hit seven sixes in his 17-ball 49. It is advisable to pick him in both of your Dream11 Fantasy teams.

Pak I Care are predicted to win this game.