Pakistan mainly relies on their openers, while New Zealand are dependent on their pacers. 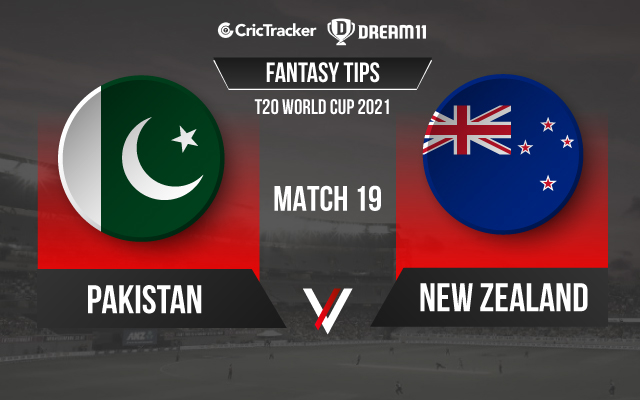 Pakistan will go head-to-head against New Zealand in the 19th match of the T20 World Cup 2021 on Tuesday. Pakistan had a memorable night on Sunday, as they finally broke their losing streak against India in World Cups. They outplayed India in every department right from the start. Shaheen Afridi was sensational with the ball, and the batting brilliance of Babar Azam and Mohammad Rizwan gave a thumping 10-wicket victory. If they do win this match against New Zealand, they will practically have one foot in the knockouts.

New Zealand will start their tournament campaign against Pakistan. Kane Williamson is available for selection despite nursing a niggle, which is positive news for them. Their bowling department looks phenomenal with more variations. The Kiwis, however, have a small concern, as they lost both of their warm-up matches. However, they are still a balanced side and will come up with a different mindset for this match.

The wicket looked good in the last match when Bangladesh took on Sri Lanka, where over 340 runs were scored. We can expect a balanced surface for this match.

There is no stopping the Pakistan skipper Babar Azam at the moment. The calmness and the composure he showed in the high-voltage game against India was simply outstanding. He remained not out on 68* runs from 52 balls, which comprised of 6 fours and 2 sixes.

Kane Williamson is an adaptable player, who is a great timer of the cricket ball. The Kiwi skipper has scored 1805 runs in his T20I career at an average of 31.66.

Shadab Khan bowled superbly against India in the middle phases of the game. He used his variations quite effectively and got rid of Rishabh Pant at a crucial stage of the match.

Jimmy Neesham has a decent record in the T20Is. He has scored 324 runs and has also picked up 18 wickets. He will be a decent budget buy for your fantasy teams.

Shaheen Afridi was the player of the match for his exceptional bowling performances against India, where he removed 3 big fishes in Rohit Sharma, Lokesh Rahul, and Virat Kohli. He swings the ball both ways and his ability to bring the ball into the right-handers is his main strength.

Lockie Ferguson has the ability to pick wickets at crucial intervals for his side. He is quick and clocks more than 145 kmph.

Mohammad Rizwan is a prolific run-scorer for Pakistan across different formats. He delivered at the biggest stage when it mattered the most against India, where he scored unbeaten 79 runs from 55 balls in the run-chase.

PAK vs NZ Must Picks for Dream11 Fantasy Cricket: 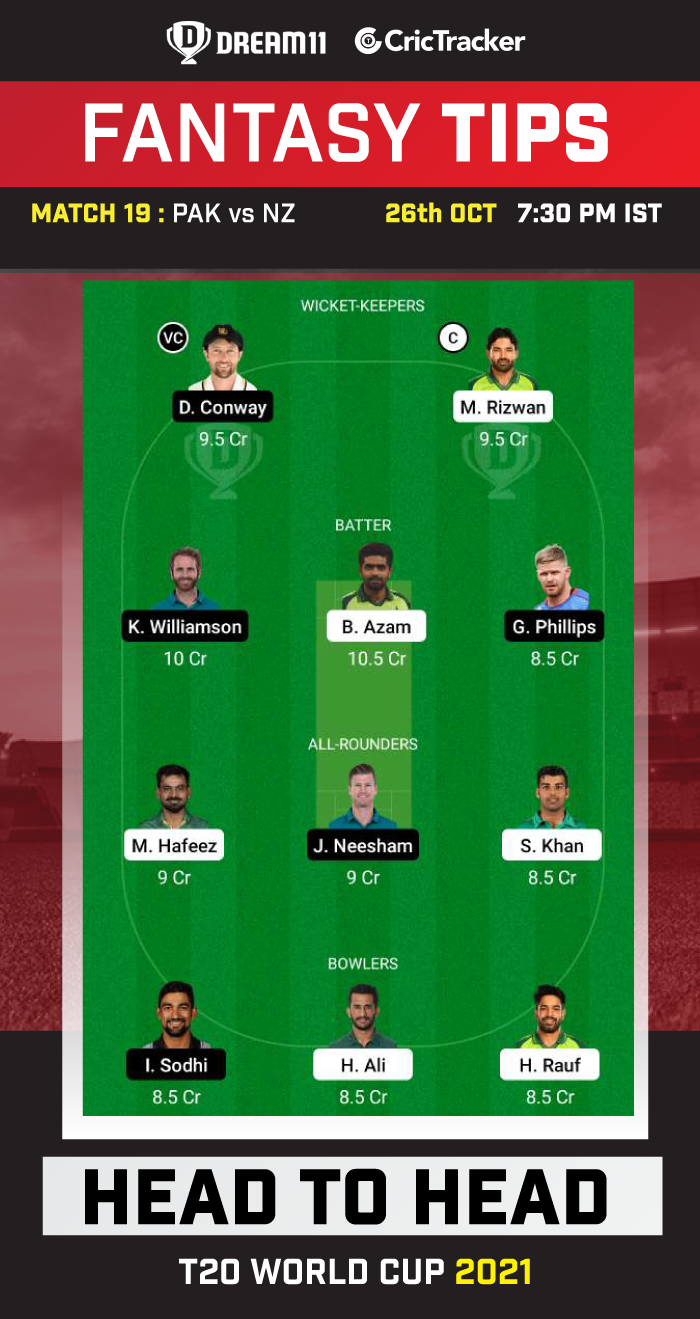 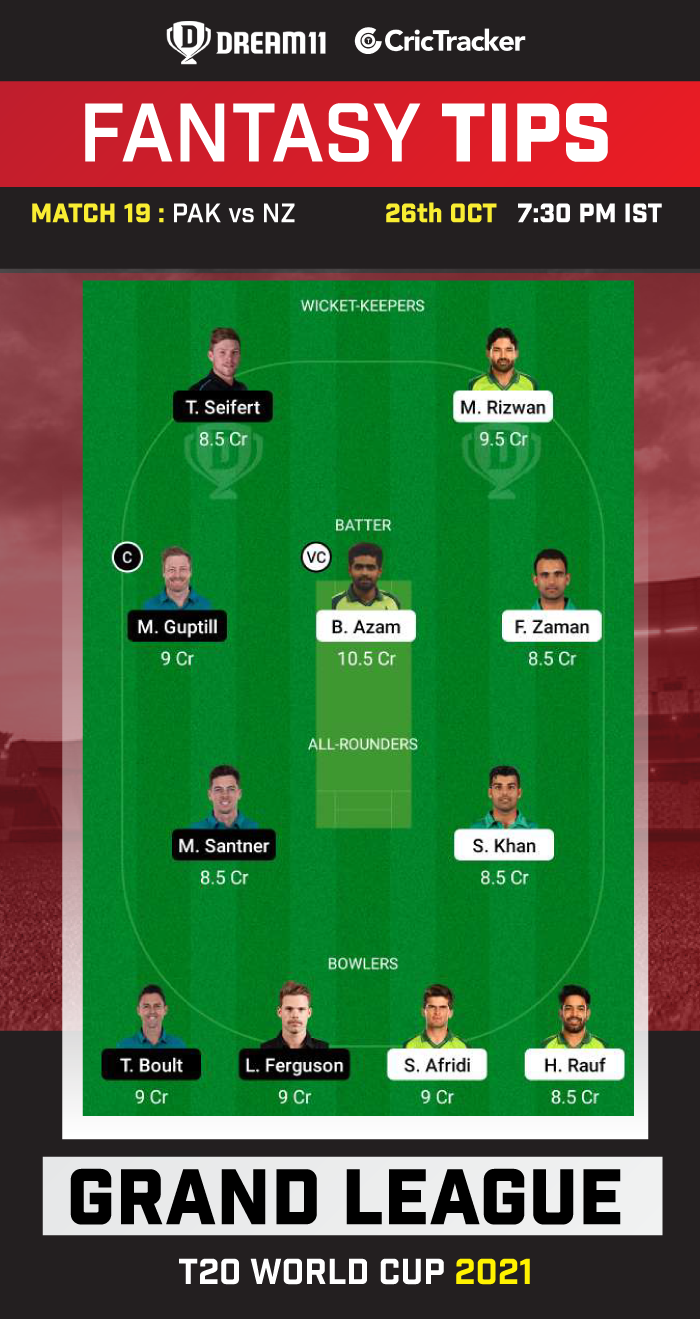 Fakhar Zaman will bat at number 3 for Pakistan. He didn’t get the opportunity to bat in the last match against India. He is a risky captaincy pick for your fantasy teams.

Trent Boult is an impressive new-ball bowler, who bowls with the same intensity every time he runs in. You can take a risk and pick him as your fantasy team skipper.

Going with the combination of the all-rounders, it’s better to avoid Imad Wasim while making your fantasy teams.