Tabraiz Shamsi can be a clever budget pick. 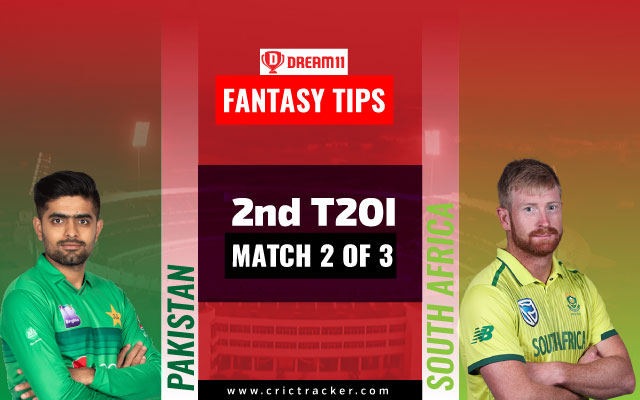 The 2nd match of the 3-match T20I series between Pakistan and South Africa will be played on 13th February at Gaddafi Stadium, Lahore.

The match is scheduled to start at 6:00 PM local time (6:30 PM IST). It will be streamed live on Sony Sports Network and can be streamed on Sony LIV.

Pakistan have got themselves a 1-0 lead in this series. South Africa did their best in the first T20I, but couldn’t chase down the target set by the men in green. After being asked to bat first by the visitors, Pakistan posted a challenging total of 169 runs in the allotted 20 overs. Rizwan’s heroics with the willow helped Pakistan to get over the 160 mark.

In the second half, Janneman Malan and Reeza Hendricks gave the Proteas a flying start, as both of them added 53 runs for the first wicket. Janneman Malan and Reeza Hendricks scored 44 and 54 runs respectively. However, South Africa’s middle-order failed to score runs and as a result, they lost the game by a margin of just 3 runs. They will have to regroup and put up performance if they were to stay alive in the T20I series.

The weather is expected to be mostly cloudy for this game, with the temperature hovering around 15 Degrees Celsius.

The pitch is best suited for batting and has enough in it for the fast bowlers too. As the tournament progresses, the pitch will become slower and will start assisting the spinners more.

169 (from the first match played at this venue)

Mohammad Rizwan looked in fabulous touch in the first game, as he scored an unbeaten 104 off 64 deliveries. His knock helped his team put up a good total on the board,

Usman Qadir bowled well in the first match. He picked up 2 wickets by giving away just 21 runs in his spell.

Haris Rauf was a bit expensive with the ball, but he managed to get 2 scalps under his belt. He would be a wise choice as a budget pick.

Janneman Malan gave his team a flying start, as he scored 44 off 29 before being dismissed by Usman Qadir. Considering his form, he can be a decent pick for both captaincy and vice-captaincy.

Reeza Hendricks is a must-have player in your Dream11 Fantasy side. He scored 54 runs in the first game, which helped South Africa stay in the game for a long time.

Andile Phehlukwayo was decent with the ball in the previous match. He picked up 2 wickets and gave away 33 runs in his spell. 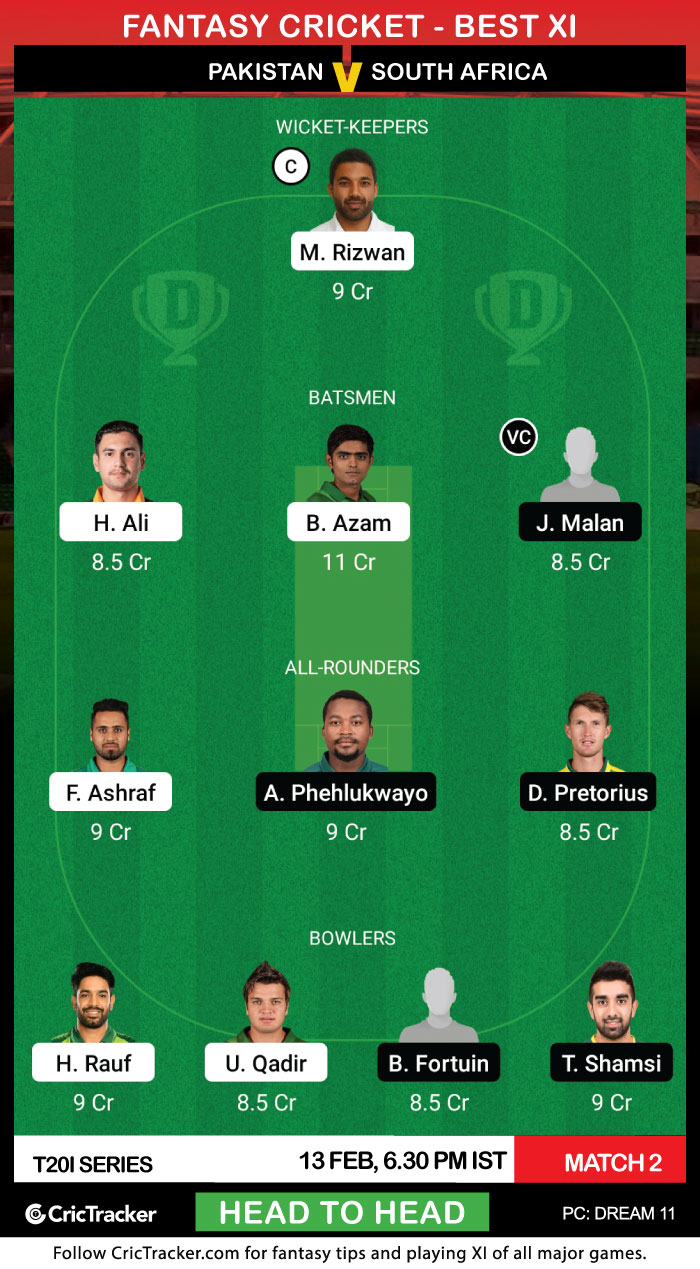 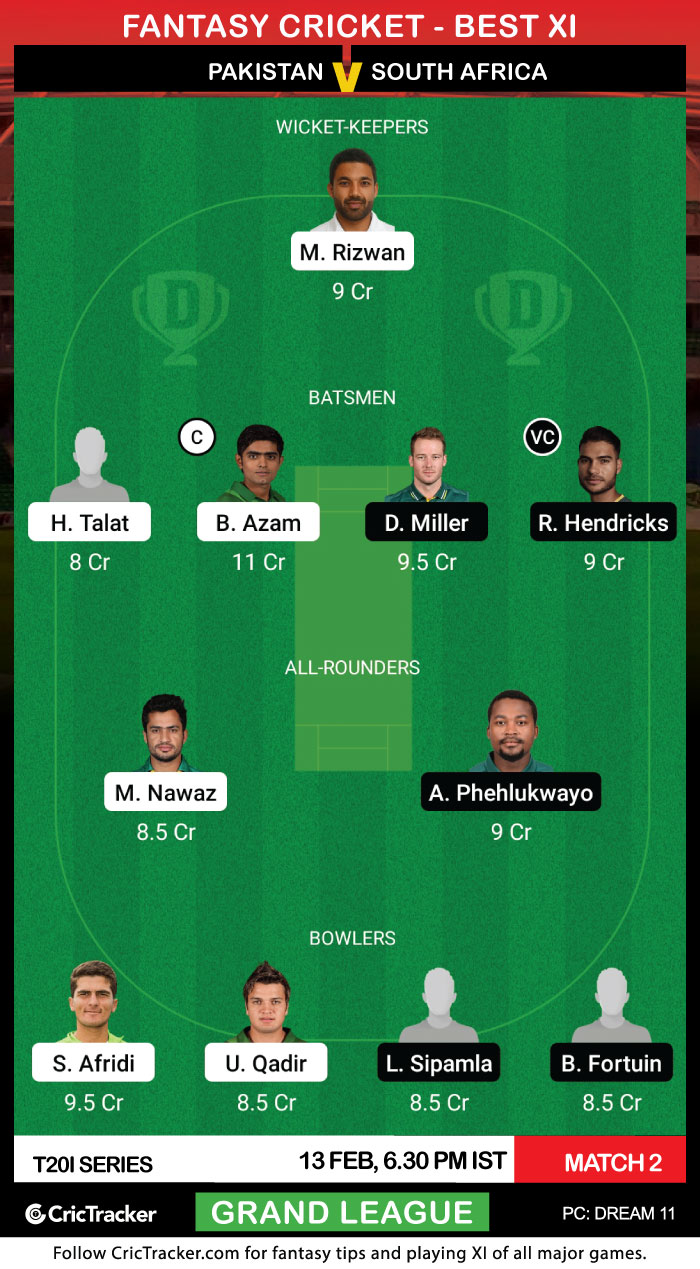 Tabraiz Shamsi can be a clever budget pick, as he conceded only 20 runs in the last game and also picked up the wicket of Hussain Talat.