Pakistan are expected to seal the series as Zimbabwe's top-order woes continue. 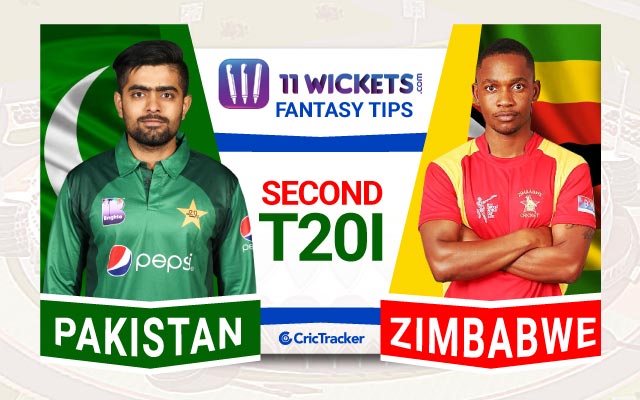 The 2nd match of the T20I series between Pakistan and Zimbabwe will be played at Rawalpindi Cricket Stadium, Rawalpindi.

Just like they did in the recently concluded ODI series, Pakistan have taken the lead in the T20I series as well. In the first match of a 3-match series, Zimbabwe batted first and could only amass 156 runs. As has been the case throughout this tour, their top-order failed once again.

Pakistan had a few shaky moments in the run chase, but things were predominantly under their control. They eventually sealed the game with 7 balls to spare and 6 wickets in hand. They will now to put the series to bed, while the visitors will be hoping for something special.

The weather will be sunny in Rawalpindi. Temperature is expected to be around 27 degrees Celsius.

The Rawalpindi track will suit both the batsman and the bowlers, but the bowlers will have it a bit easier in the first innings. Anything near 170 can be considered as a good total in this pitch.

Shabad Khan is still nursing a leg injury and is doubtful for this game.

Babar Azam has continued his great form of the ODI series into the T20Is. In the first game, he smacked a brilliant 82 off just 55 balls.

Mohammad Hafeez utilized his enormous experience to perfection as he scored a crucial 36 off 32 balls. His knock helped settle the nerves down and take Pakistan over the line.

Wesley Madhevere has been brilliant for Zimbabwe throughout the tour. He played a brilliant knock of 70 in the first game, which helped Zimbabwe cross the 150-run mark.

Brendan Taylor could only score 20 runs in the first T20I. However, the veteran batsman was phenomenal in the ODI series and will be looking to repeat that in this format of the game. 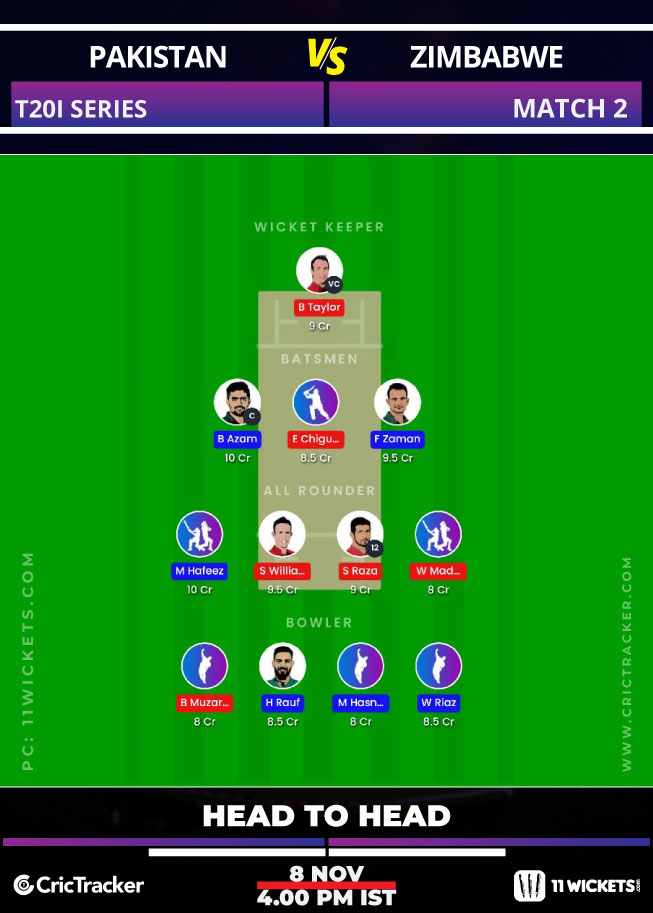 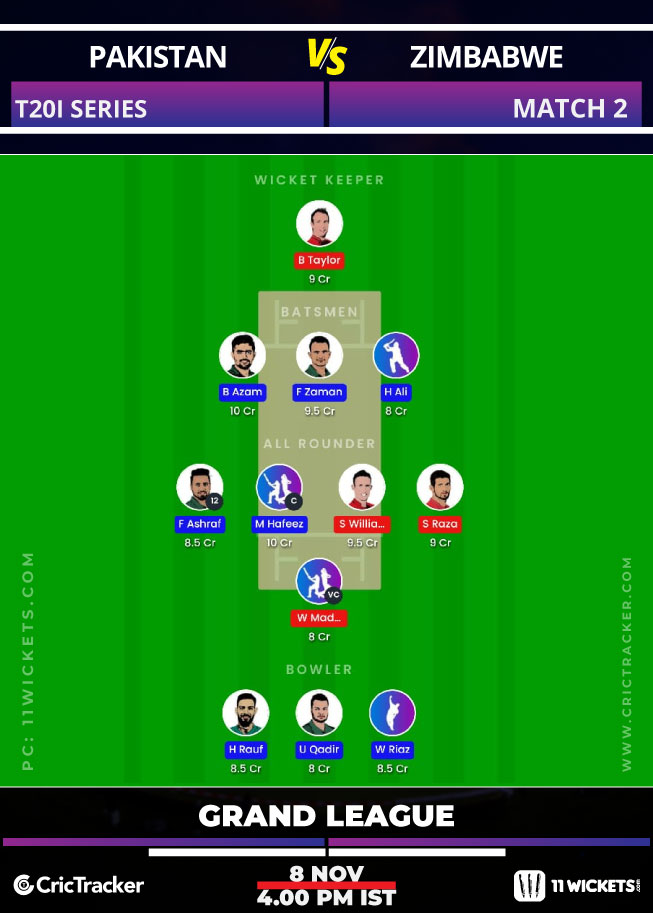 Blessing Muzarabani conceded only 26 runs in the first T20I and also scalped two big wickets, in the form of Mohammad Hafeez and Fakhar Zaman. He can be a good differential pick for any one of your 11Wickets Fantasy teams.