Like the ODI Series, Pakistan are expected to take the lead by beating visitors Zimbabwe. 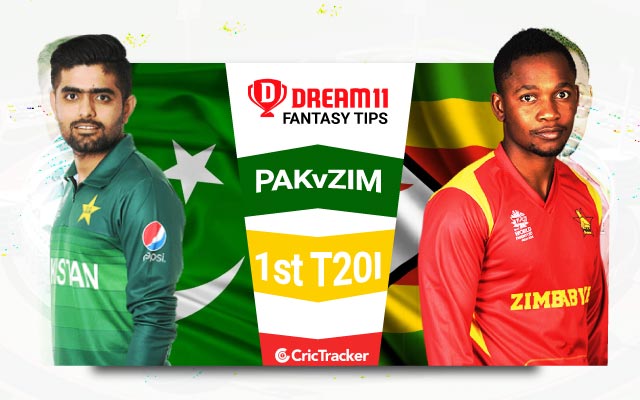 The 1st match of the T20I series between Pakistan and Zimbabwe will be played at Rawalpindi Cricket Stadium, Rawalpindi.

After a staggering finish to the ODI series, Pakistan and Zimbabwe will lock horns in the first T20I of the tour. Zimbabwe will be confident going into the series after a hard-fought super over win in the last ODI. Their middle order has been consistent throughout the series and with some help from the top order, they can take the lead in this T20I series.

Pakistan, on the other hand, will look to rectify the mistakes they committed in the last game and come back stronger. Mohammad Hafeez will be back in the side, which will strengthen their middle-order that faltered in the third ODI. Moreover, they will pin hopes on Shaheen Afridi to pick wickets with the new ball, something that the talented speedster has failed to do in the last 2 games.

The weather looks good as there is no chance of rain. The temperature will be around 29 degrees Celsius.

The pitch is good for batting. It has decent bounce and assists the quick bowlers as well. Teams winning the toss should bat look to chase.

Pakistan have made 3 changes from their ODI squad. Imam-ul-Haq, Haris Sohail and Abid Ali have been left out, while Rohail Nazir, Mohammad Hafeez & Shadab Khan have been included.

Babar Azam is in good form with the bat. He is coming off with a hundred to his name in the last ODI, and will look to continue his superb form in the T20Is.

Mohammad Hafeez had a brilliant series against England and was also impressive in the recently concluded National T20 Cup. He scored 433 runs in 11 innings at an astonishing average of 54.13.

Sean Williams has scored 844 runs from 40 matches at a strike rate of about 130. He is fresh from a hundred and would want to continue his good run with the bat.

Blessing Muzarabani had a brilliant last game where he picked up 5 wickets to help Zimbabwe tie the match. He then came back and picked 2 wickets in the super over to help his side win the last ODI against Pakistan. 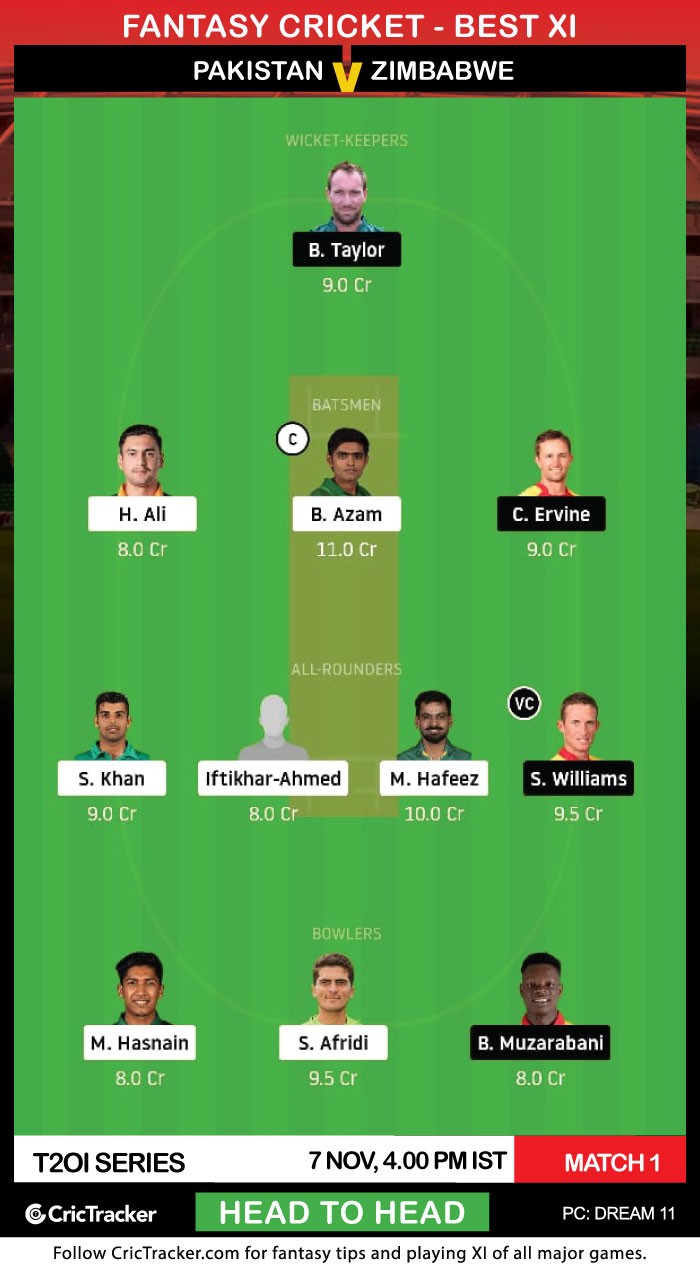 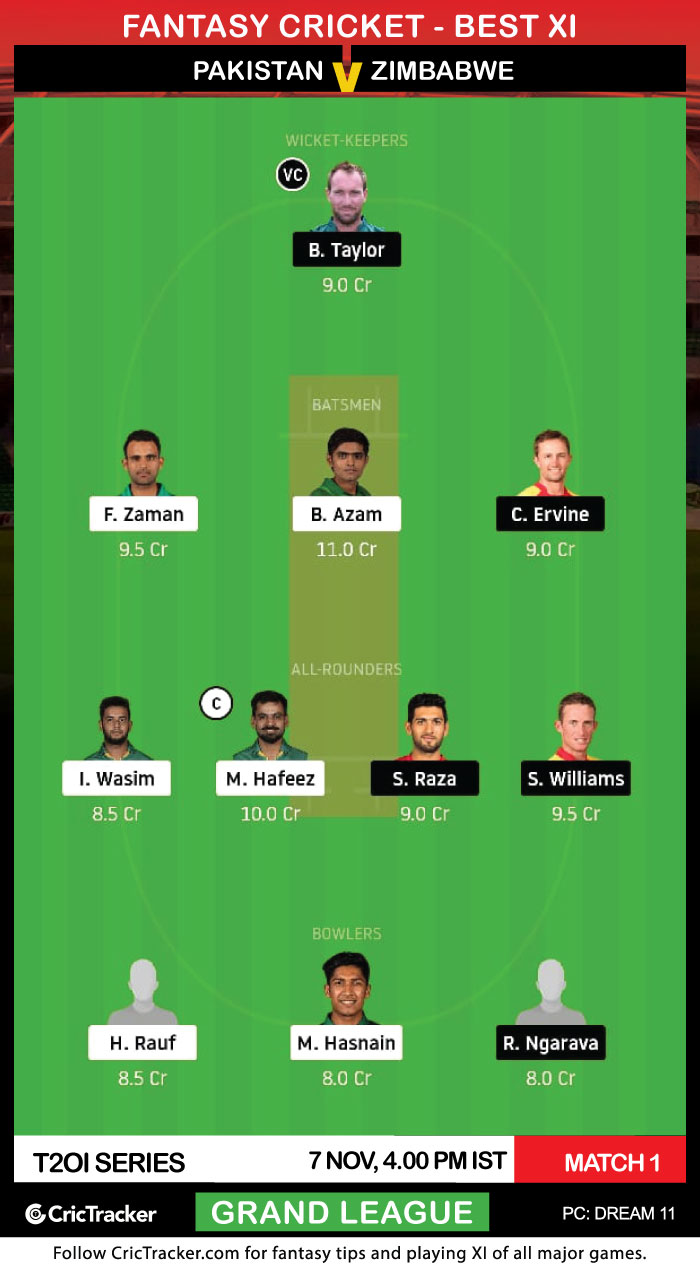 Haider Ali scored a fifty in his debut game against England. He can be a great differential for your Dream 11 Fantasy teams.