Glenn Maxwell is doubtful for this game.

Australia will face a depleted yet capable enough Pakistan in the first of the five-match ODI series on Friday. They are coming off a sensational series win over India and will be confident of going past another Asian stalwart now. But they have got some problems ahead of the series with the stomach bug disturbing the players. Glenn Maxwell is already doubtful for the series opener which is a huge blow for them.

In his absence, Shaun Marsh should come in the team. Pakistan, on the other hand, have rested a lot of players for this series including the skipper Sarfaraz Ahmed. Shoaib Malik will lead the side and the onus will be on him to bat throughout the innings. Umar Akmal has also made a comeback and will be eager to stake his claim in the World Cup squad.

The first game of the 5-match ODI series between Pakistan and Australia will be hosted by the Sharjah Cricket Association Stadium.

The game will be live on Sony Six and Sony Six HD in India. (Live streaming in Sony Liv)

Note: Shaun Marsh could replace one of the bowlers or Alex Carey with Handscomb donning the gloves.

Usman Khawaja in Asia since 2018 in all formats:

Scored 61 runs in eight innings at 7.63 in Asia before this streak. 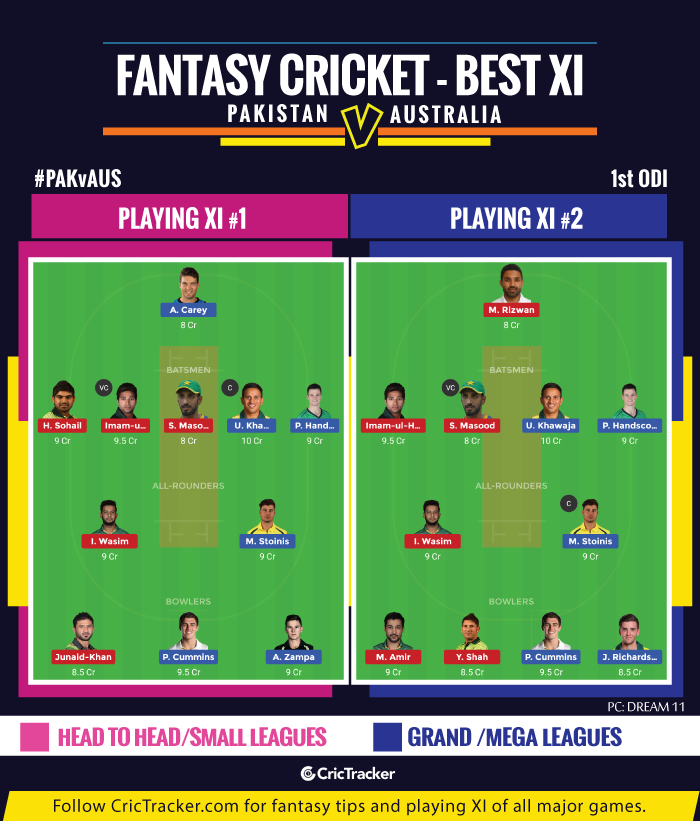 Pakistan might select an interesting team to give chances to other players.

Australia is expected to defy the conditions and take an early lead in the five-match series.