Pakistan needs to level up their game to stay in the series.

Pakistan will face Australia in the 2nd ODI of the series on Thursday. Pakistan weren’t up to the task against the visiting Australian side in the 1st ODI and gave up the match easily. Chasing 314 runs to win, they managed to put 225 runs on the board and lost the match by 88 runs. Middle-order batters’ failures were the main reason behind their downfall. They must win this match to stay alive in the series.

Though not playing a full-strength squad, Australians were too good in the 1st ODI and sealed the game with a lot of ease in the end. The players bagged the opportunity with both hands and made a strong statement that they are ready to play in any conditions. Travis Head and Adam Zampa were the chief architects in the win. They look to take the series with one game still left.

The batters were hardly troubled by the bowlers in the first half of the match in the 1st ODI. It’s a flat surface. Having said that there is a lot of assistance for the spinners. Toss plays a crucial role for both sides.

Imam-ul-Haq is in stunning form at the moment. He scored a remarkable century in the 1st ODI and got out after scoring 103 runs from 96 balls which includes 6 fours and 3 sixes.

Travis Head was the player of the match for his stellar all-round performances in the 1st ODI. He batted fearlessly and scored his 2nd ODI century while with the ball picked up 2 wickets as well.

Iftikhar Ahmed is a budget pick at 8 credits. He bowled pretty well in the 1st ODI and picked up the important wicket of Travis Head and failed to score runs with the bat.

Cameron Green deserves credit for the maturity he has shown with the bat in the 1st ODI. Coming at No.7, he scored unbeaten 40* runs from 30 balls which includes 3 fours and a six.

With the surface assisting spinners, Zahid Mehmood will definitely be a good pick for your fantasy teams. 34-year-old leg spinner picked up 2 wickets in the 1st ODI at an economy of 5.9.

Adam Zampa proving again and again, that he is the best white-ball bowler for Australia. He scalped 4 wickets in the 1st ODI by conceding 38 runs in his 10 overs.

Mohammad Rizwan just managed to score just 10 runs in the 1st ODI. It’s a rare failure for the standards he has set in his career. We can expect more runs from him in this match.

PAK vs AUS Must Picks for Dream11 Fantasy Cricket: 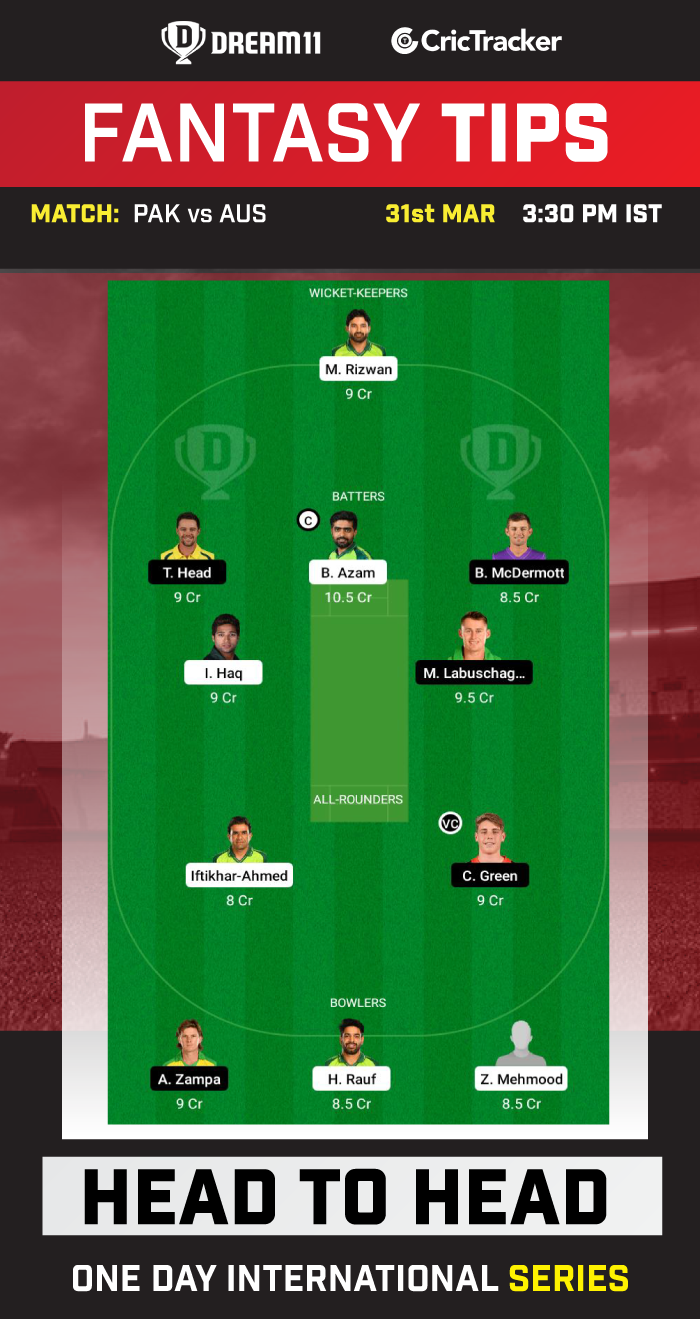 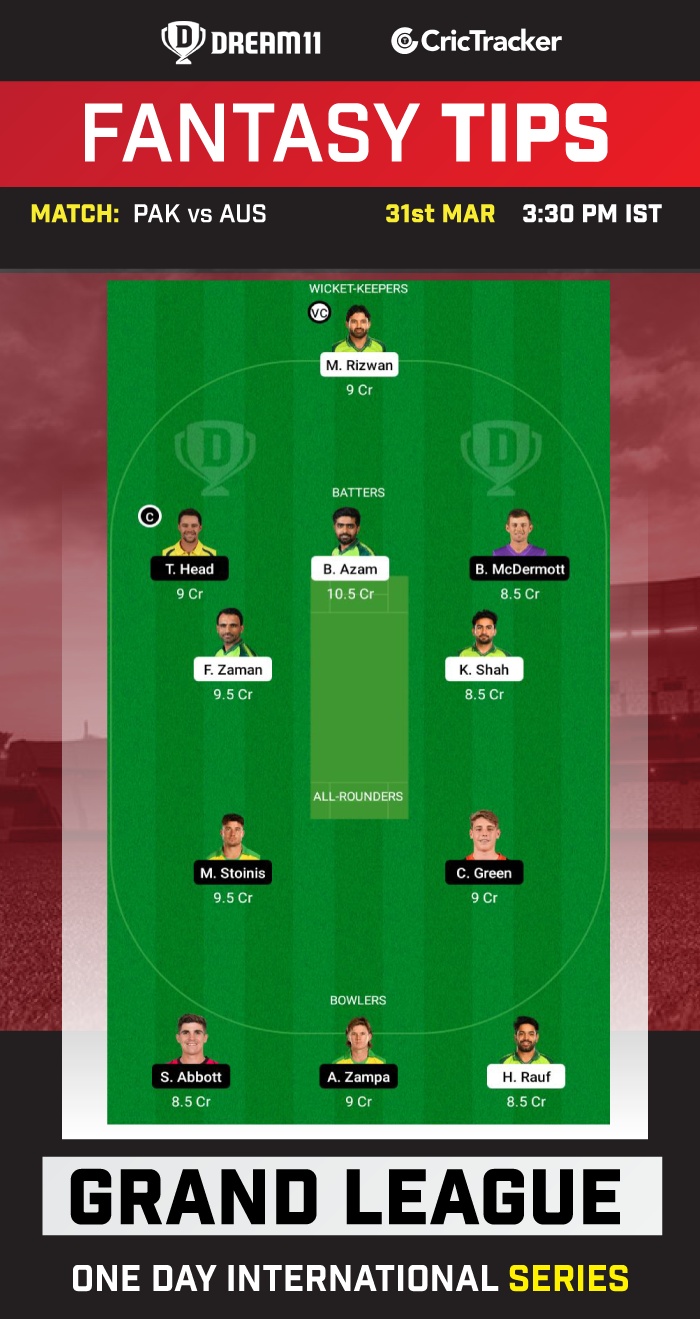 Marcus Stoinis will strengthen the middle order for Australia, he scored 26 runs from 42 balls in the 1st ODI. He is a risky captaincy pick for your fantasy teams.

Saud Shakeel is inexperienced at this level, he scored only 3 runs in the 1st ODI. It’s better to avoid him in your fantasy teams.