The average T20I score at the Gaddafi Stadium is 166 with the last five matches, going in favour of the team, batting first.

Pakistan is ICC’s number one ranked T20I team. However, they didn’t play like one in 2019. The Men in Green lost eight out of their nine matches. To add insult to injury, Sri Lanka whitewashed them 3-0 at home in the T20I series in October. Having last won in the format in February 2019, Pakistan will be desperate to make amends against Bangladesh in the three-game series which starts on Friday.

Al three matches will take place at the Gaddafi Stadium in Lahore. The Tigers, on the other hand, won’t be having the services of Mushfiqur Rahim, who backed out citing security concerns. However, their cricketers are fresh from playing the 2019-20 edition of the Bangabandhu BPL and must be raring to go. On head-to-head count, Pakistan have defeated Bangladesh in eight out of 10 T20I matches.

The pitch in Lahore has produced some high-scoring affairs with the average score in T20Is being 166. But the track tends to get slower and it can be comprehended from the fact that the team, batting first has won six out of nine times. Spinners will be playing a key role. The conditions will be hazy with the temperature around 17 degrees Celsius. The humidity will mostly be in the 40s.

In the absence of Imam-ul-Haq and Fakhar Zaman, Ahsan Ali may get to open with Babar. Ahsan opened the batting for Sindh in the National T20 Cup, scoring 131 runs in five games. Shoaib Malik and Mohammad Hafeez have returned to the fold and they need to hold the middle order together.

Iftikhar Ahmed has shown ability to pull out the big shots. Shadab and Imad are no mugs with the bat. Both will also need to come to the fore with their bowling. Shaheen Afridi will be leading the pace attack. It won’t be a surprise if Haris Rauf, who shone in the BBL, goes on to make his debut.

Despite not having Mushfiqur, the Tigers have an in-form batting. Liton Das, Mohammad Naim and Tamim Iqbal were among the leading run-scorers in the BPL. Tamim will also be returning, having last played a T20I on December 2018. Soumya Sarkar is someone, who can also bat in the middle.

Mahmudullah and Dhrubo have in red-hot form with the bat and their exploits with the ball can’t be undermined either. Mustafizur got his rhythm back in the BPL, getting 20 wickets. Rubel and Al-Amin Hossain have been amongst the wickets as well. A lot will also depend on leg-spinner Aminul Islam. 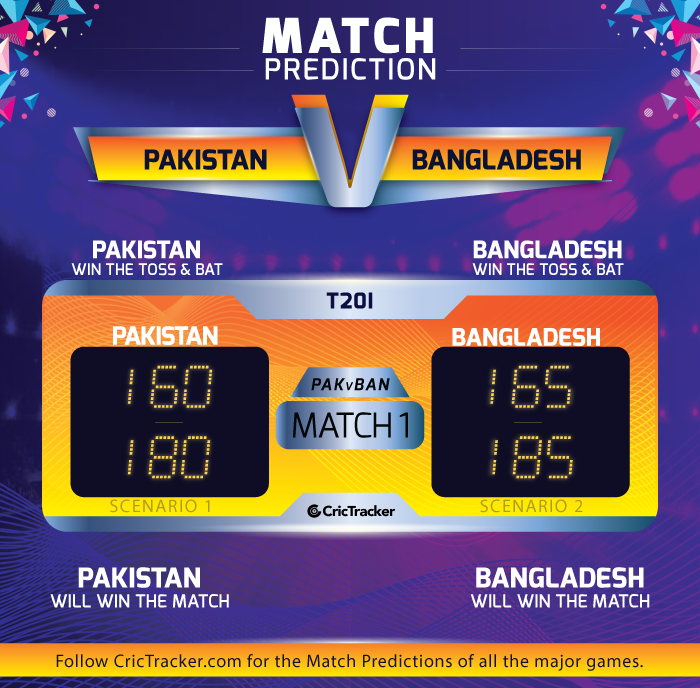