Tom Blundell has been ruled out after he sustained a left-quad strain.

The first match of the three-match ODI series between Pakistan and New Zealand is set to take place on Friday, September 17 at the Rawalpindi Cricket Stadium. Prior to the series, the Black Caps have been jolted with a blow as Tom Blundell has been ruled out after he sustained a left-quad strain.

Daryl Mitchell, who was set to join for the T20Is, will be available from the second ODI onwards. Pakistan, in the meantime, have named a 12-man squad for the game. The Men in Green lost their ODI and T20I series in England and it’s time for Babar Azam and his men to make a comeback.

The pitch in Rawalpindi has been a decent one for batting over the years. In 2020, a match at the very venue between Zimbabwe and Pakistan ended in a tie with the visitors winning the Super Over. Pakistan won’t mind batting first since they have a power-packed bowling unit to defend a score.

Playing combination for PAK vs NZ

Babar Azam has been a fulcrum of the Pakistan batting in the limited-overs formats. The right-hander has decent numbers against the Black Caps. In 11 matches, Azam has notched 415 runs at an average of 41.50 with one century. In his previous ODI against the Kiwis, Babar scored a century in a stupendous run-chase at Edgbaston in Birmingham.

Shaheen Shah Afridi has been leading the Pakistan pace attack pretty efficiently in the last two years or so. The left-armer has picked up 53 wickets from 28 ODIs with four four-wicket hauls and two five-wicket hauls. It remains to be seen if he can run through New Zealand’s batting unit in Friday’s match at the Rawalpindi Cricket Stadium. 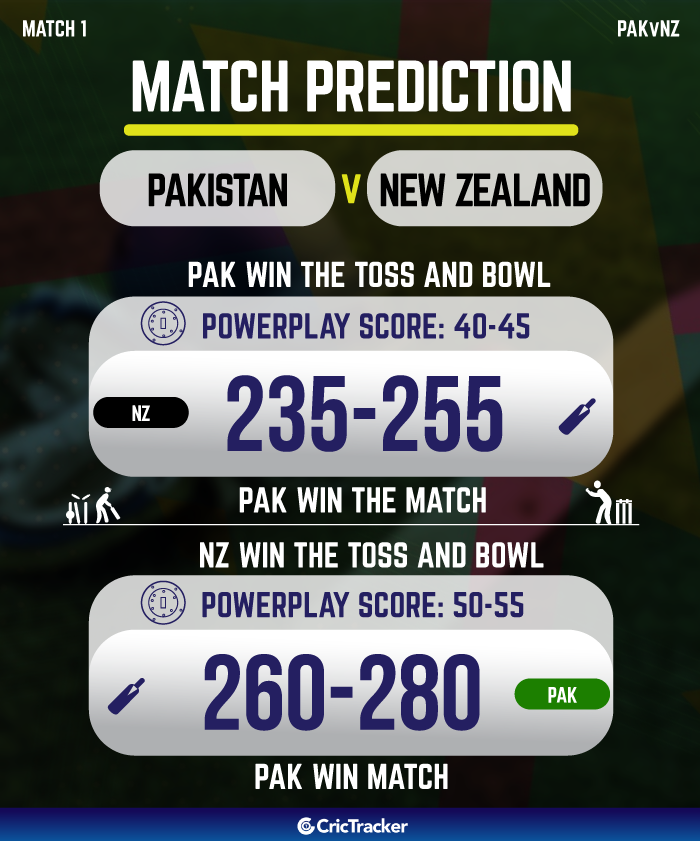