Can the hosts stay alive in the series or will Lanka win back-to-back games?

Pakistan were expected to thump Sri Lanka in the opening T20I, being ICC’s number-one ranked T20I team. But Dasun Shanaka’s visitors showed that they aren’t any pushovers by any stretch of the imagination. Lanka annihilated the Men in Green by 64 runs at the Gaddafi Stadium in Lahore to take a 1-0 lead in the series. After their batsmen put up a big score, the bowlers unfolded mayhem.

The second match is scheduled to take place on Monday, October 7. On the other hand, the defeat must have rung the alarm bells in the Pakistan camp. The hosts brought back quite a few players in the mix, but they couldn’t step up. Their batting looked absolutely clueless after a few early wickets. It’s time for them to pull their socks up and come up with a stronger show to draw level in the series.

The pitch is Lahore has generally been good for batting with scores in excess of 170 most times. But last time, it helped the slow bowlers. Batting has always been on the easier side in the first half. Pakistan elected to bat second last time and ended up losing the match. Coming to the weather, the skies will be clear with no chance of rain. The temperature will be in the mid-20s with low humidity.

Ahmed Shehzad couldn’t do well in the last game and hence Fakhar Zaman could make a comeback into the eleven. A lot will depend on Babar Azam and the start he gives to Pakistan. Umar Akmal got a golden duck and will want to make amends. Skipper Sarfaraz also strained to find his feet after toiling hard for 30 balls. Even Iftikhar Ahmed couldn’t accelerate when the rate was mounting.

In bowling, the young Mohammad Hasnain was the standout, having picked up the hat-trick. Imad Wasim and Mohammad Amir couldn’t get a wicket, but gave away only 49 runs in their eight overs. Shadab Khan conceded 35 runs and scalped Danushka Gunathilaka. Faheem Ashraf made a comeback and he gave away 31 runs in three overs. He didn’t even get to complete his full quota.

The Lankans may not wish to tinker with their winning combination. Gunathilaka was impressive at the top, helping the Lankans make use of the powerplay. Avishka Fernando lent him good support in an 84-run opening stand. Bhanuka Rajapaksha did well on international debut, hitting two fours and as many sixes in his quickfire 22-ball 32. Dasun Shanaka has been able to score runs at a fair clip.

Shehan Jayasuriya has had a couple of bad outing after his 96 in Karachi. Lanka needs to focus on their batting in the death overs. In the bowling department, Isuru Udana and Nuwan Pradeep brought forth all their experience, getting three wickets each. Even the inexperienced Wanindu Hasaranga and Kasun Rajitha finished with economy rates of five. Lakshan Sandakan shone as well. 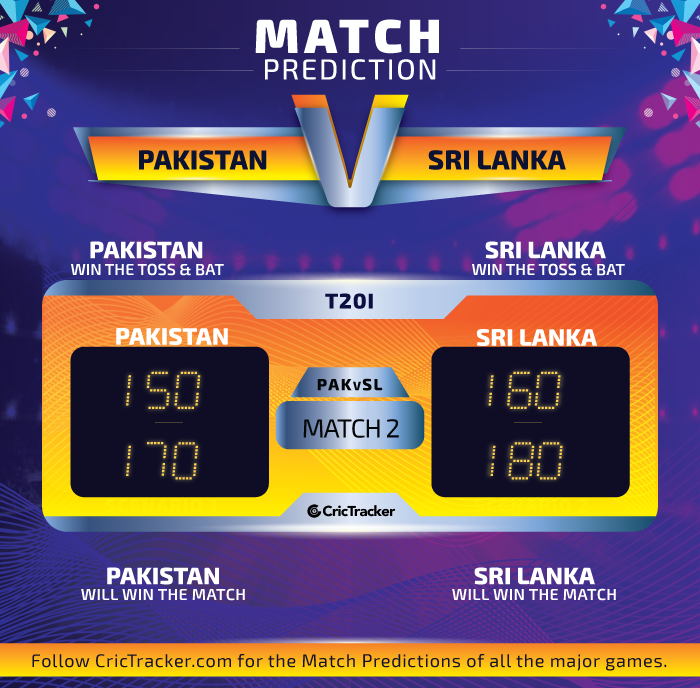