Suryakumar Yadav is getting good starts. 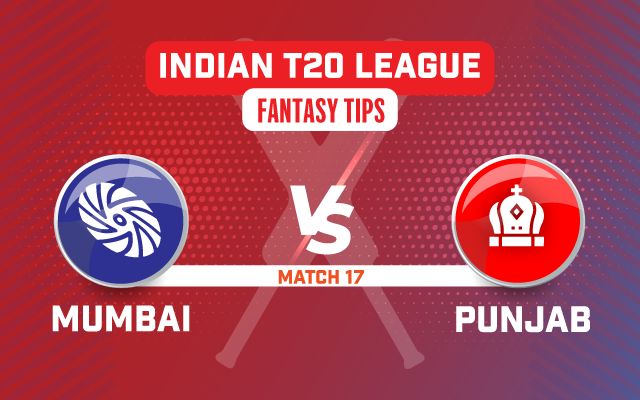 Punjab Kings did all they could to get out of their old self and embrace a new beginning. They changed their name, made a few mega-money signings and appointed Damien Wright to guide their bowling unit, which was unimpressive in the last edition.

But none of that has eventually worked so far, as they have won only one of their last four games. The Kings will need to start picking up wins before it is too late, but up against them for this match will be the most successful franchise of this competition – Mumbai Indians. While the Indians lost their last game, they have played good cricket in splits and have secured two wins in four games.

As was highlighted again in Punjab Kings’ last match, the track in MA Chidambaram Stadium is a tricky one. Batsmen will be able to score runs here, but only if they show patience and get themselves acclimatized to the conditions.

Playing XIs for PBKS vs MI:

Suryakumar Yadav is getting good starts and all he now needs to do is show a bit more patience and try to play a long knock. He scored 24 from just 15 deliveries in the last game against Delhi Capitals.

Rohit Sharma is the one who is trying to play the anchor’s role in the Mumbai Indians’ batting unit. He has scored 30+ runs in all of his last three games.

Krunal Pandya is not necessarily Mumbai’s best option for taking wickets, but he is excellent in keeping the flow of runs under control. He has conceded 25+ runs in only one game in this season.

Rahul Chahar is repaying Mumbai for the faith they have shown in him with one sensational spell after another. He has picked up 8 wickets in the last 3 games and has not conceded over 30 runs in any of those matches.

Arshdeep Singh is another youngster who is doing a fine job with the ball for his franchise. The last game didn’t go well for him, but in the first three matches, he picked up 5 wickets.

There have been questions on KL Rahul the captain, but KL Rahul the batsman is looking in great touch. He has scored two half-centuries already in this competition.

Quinton de Kock was dismissed early in the last game, but the South African showed a glimpse of what he is capable of producing in the match against Hyderabad, where he scored 40 runs.

PBKS vs MI Must Picks for Dream11 Fantasy Cricket:

Mayank Agarwal found his mojo in the game against Delhi, where he scored 69 runs. He looked good for his 22 against Hyderabad, but couldn’t play a long inning. He can be a risky captaincy pick.

Trent Boult returned with zero wickets in the last game, but he picked up 5 wickets in the two matches before that, while also conceding less than 30 runs in both games.

At 9 Cr, Hardik Pandya can be a player to avoid for this match. His highest score in this season’s IPL is 15 and he is also not getting opportunities with the ball.