Marnus Labuschagne has stolen the limelight in just the 5 games he has played. He can be a good pick for captaincy. 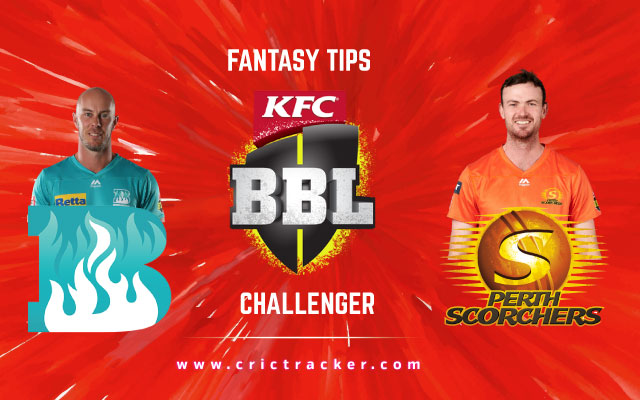 The Challenger of the Big Bash League (BBL) 2020-21 will be played between Perth Scorchers and Brisbane Heat on 4th February at Manuka Oval in Canberra.

The match is scheduled to start at 7:40 PM local time (2:10 PM IST) and it will be streamed live on Sony Sports Network and also in Sony Liv.

Brisbane Heat have practically come out of nowhere and have placed themselves in what is virtually the semi-final match of Big Bash League 2020-21. They are currently on a run of 4 straight wins, 2 of which were high-voltage playoff clashes.

The road they have travelled so far was uphill, but it will be steeper than ever before when they will take on the Perth Scorchers in the Challenger tomorrow. The Scorchers have historically been one of the most formidable outfits of this competition, and this season hasn’t been an exception. They were handed a defeat by Sydney Sixers in the qualifiers and will be desperate to make amends tomorrow.

The match will certainly be a cracking contest, only if it happens. Unfortunately, there are 60% chances of precipitation. The temperature will be around 23 °C.

The pitch here at Canberra is a balanced one, but it eventually have enough purchase for the bowlers. However, the batsmen will definitely dominate in the second innings.

Colin Munro has been the best performer with the bat for Perth Scorchers in this competition. He has scored 441 runs at an average of nearly 35 and a strike rate of over 120.

Chris Lynn has been a good leader, and he has been the leader of Brisbane Heat’s batting department as well. The power-hitter has scored 436 runs at an average of over 35 and an equally impressive strike rate of over 155.

Marnus Labuschagne has stolen the limelight in just the 5 games he has played. He has scored 161 runs and has picked up 10 wickets.

Jason Roy is not the most consistent from Perth Scorchers’ batsmen, but he can be a very dangerous player when he gets going. He has scored 355 runs at an average of over 30.

Josh Inglis is another Perth Scorchers player who has had a brilliant season with the bat. He has scored 391 runs at an average of over 35.

As for their bowling lineup, Jhye Richardson has undoubtedly been the most consistent performer. He has scalped 27 wickets and has an economy rate of slightly over 7 runs per over.

We would have been talking about a Challenger clash between the Perth Scorchers and Sydney Thunder, had it not been for the brilliance of Sam Heazlett in the last game. Overall, he has scored 177 runs at a strike rate of nearly 140.

Jimmy Peirson is another batting option from the Brisbane Heat who can be a good budget pick. He has scored 309 runs at a fantastic average of over 50. 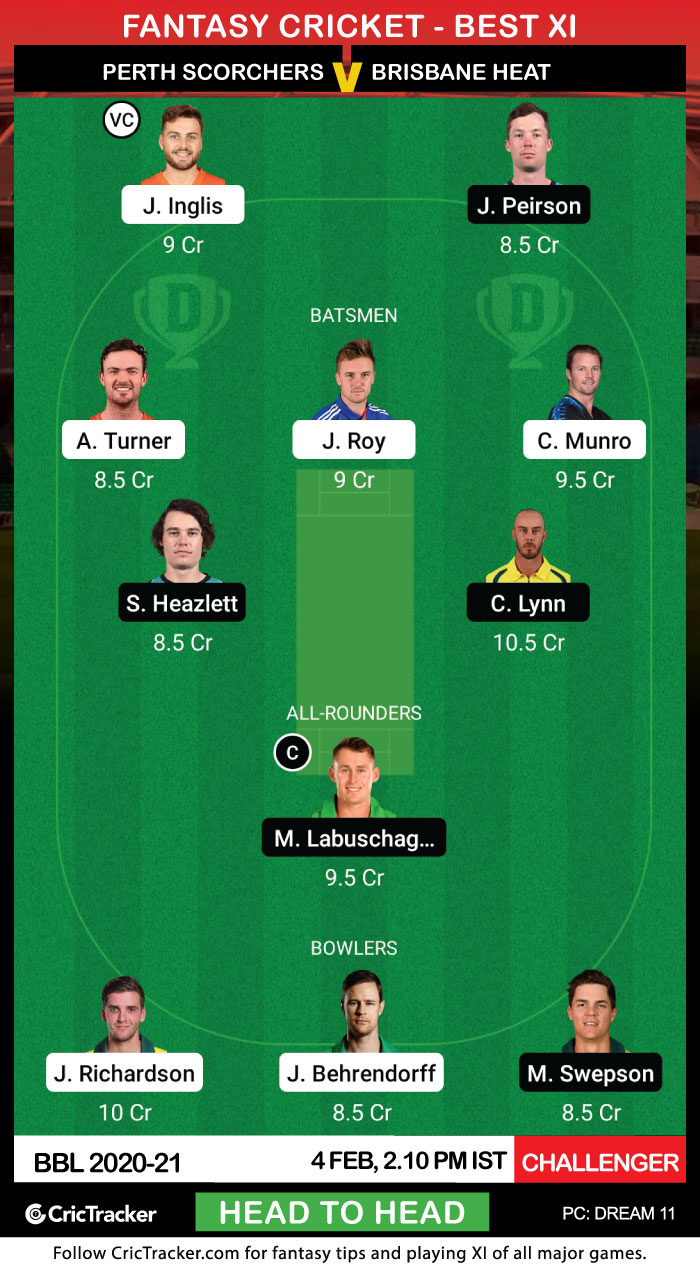 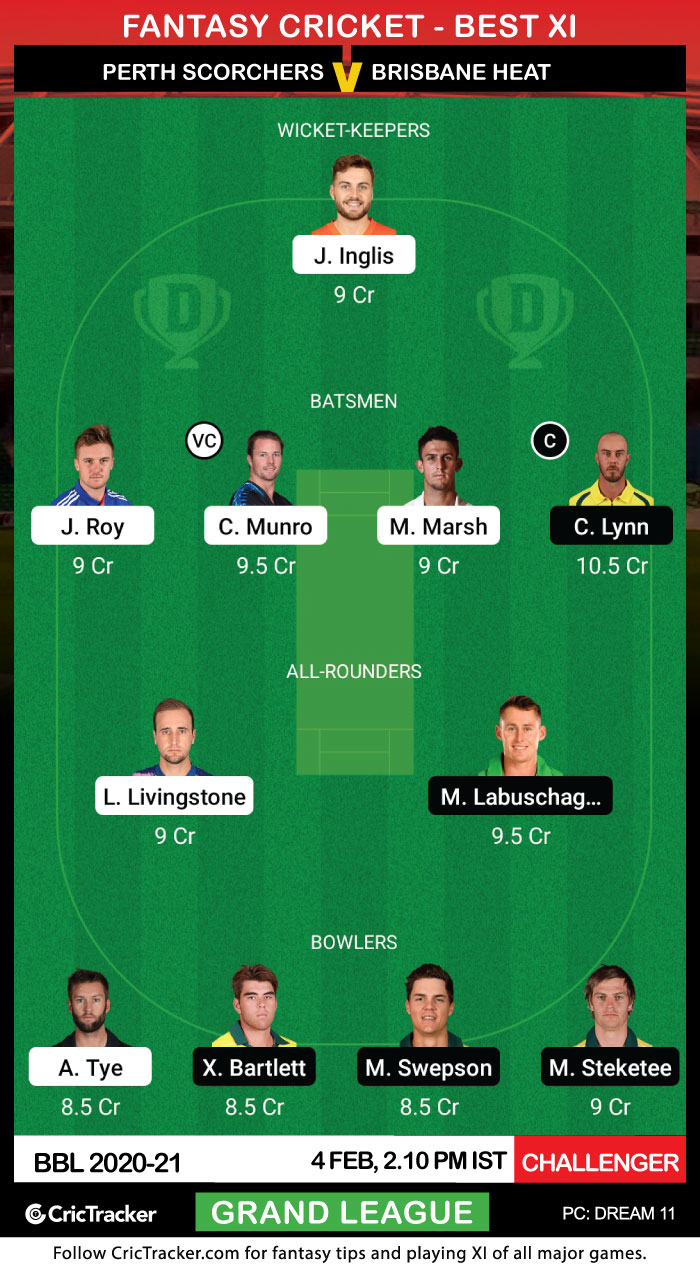 Mitchell Swepson can be a good budget pick from the bowlers. He has picked up 8 wickets in just 5 games and has conceded runs at an impressive economy rate of under 7 runs per over.