Both the teams have managed to win three out of the seven games in the tournament.

Peshawar Zalmi will meet Quetta Gladiators in the 22nd match of the Pakistan Super League on Tuesday. Both the teams have had a disappointing season as they managed to win only three out of the seven games. The Zalmi are placed in the fifth position while the Gladiators are there in the fourth position in the points table.

Zalmi defeated Karachi Kings in their last encounter by 55 runs after the Babar Azam-led team failed to chase down a target of 194 runs. Gladiators lost their last match against Lahore Qalandars by eight wickets after they made only 141 runs for the loss of seven wickets in 20 overs.

The pitch is likely to remain flat throughout the game which might be beneficial for the batters. The spinners might get some help from the pitch. The team winning the toss would look to bat.

Shoaib Malik has made 218 runs in seven matches at an average of 43.60 and a strike rate of 138.85. He has made one half-century and is the leading run-scorer for the Peshawar Zalmi.

Ahsan Ali has made 249 runs in seven matches at an average of 41.50 and a strike rate of 139.88 including three half-centuries.

Iftikhar Ahmed has made 103 runs in seven games at an average of 17.16 and a strike rate of 135.52. In the last match against Qalandars, he made 52 runs off 39 balls and helped the team reach a score of 141 runs after the top-order failed to score runs.

Naseem Shah has taken seven wickets in seven matches at an average of 32, an economy of 8.56, and a strike rate of 22.4.

PES vs QUE Must Picks for Dream11 Fantasy Cricket 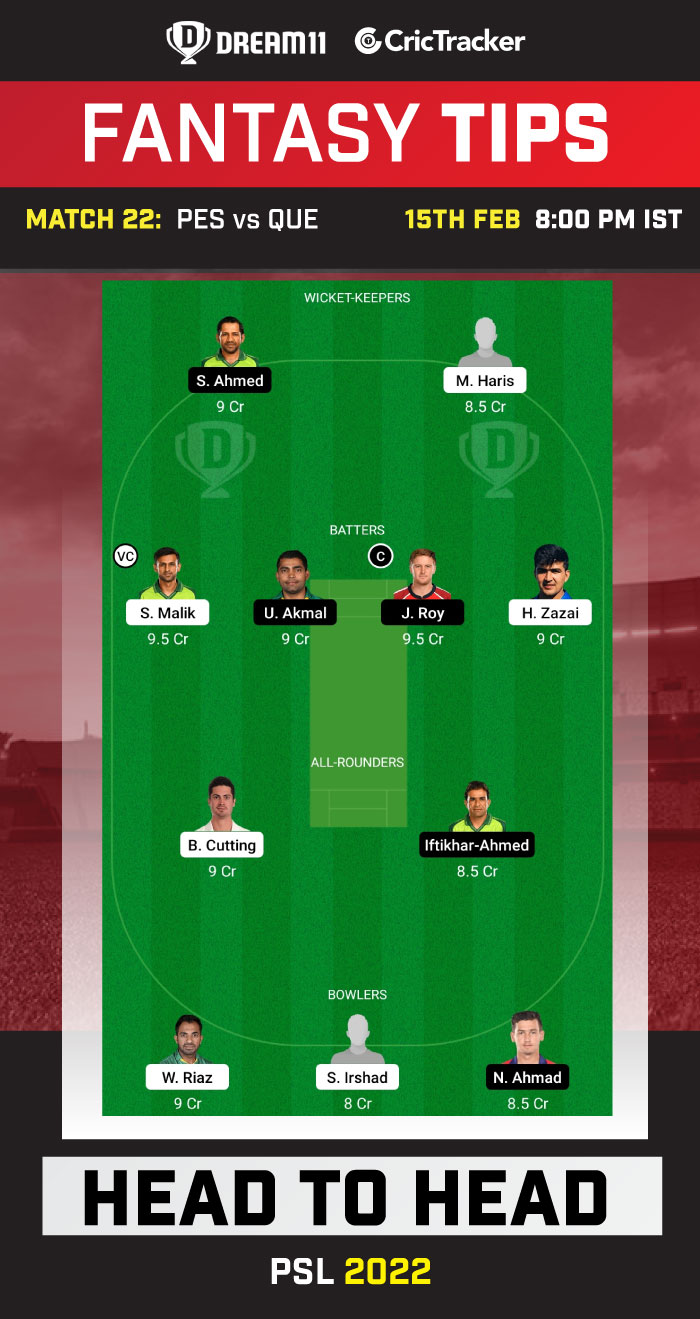 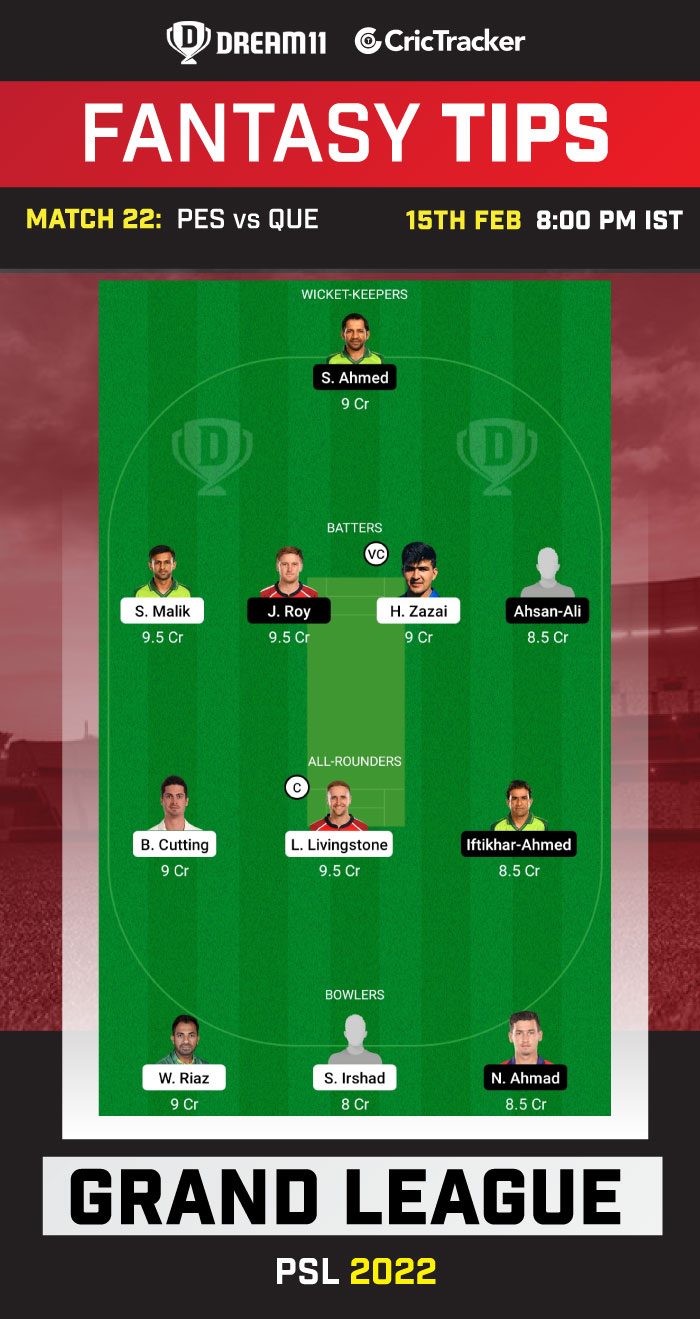 Wahab Riaz has picked four wickets in six matches at an average of 53.25, an economy of 9.26, and a strike rate of 34.5. He might be a risky choice to be the captain of your fantasy team.

James Vince has made 78 runs in four matches at an average of 26 and a strike rate of 123.80. He has been dismissed for a duck twice in four innings and is someone whom you can avoid in your fantasy team.