Chamari Athapaththu will be the top pick for this game.

Pakistan Women and Sri Lanka Women will clash in the 1st T20I of the bilateral series between both teams. In their last series against West Indies, Pakistan lost 3-0, and would look to better their performances. The team will be led by Bismah Maroof, with Nida Dar and Aliya Riaz as their experienced campaigners.

On the other hand, Sri Lanka won the Commonwealth Games Qualifier earlier this year. They will be led by Chamari Athapaththu and Nilakshi Silva will the other key player.

The pitch at Karachi is likely to help the batters throughout the match. As the game progresses, the spinners will look to find purchase and get wickets in a consistent manner. A total of around 140 will be a strong score for the team batting first.

Aliya Riaz was one of the fines batters in the last T20I series for the Pakistan team with 54 runs in three games at a strike rate of 113.79

The experienced campaigner, Nida Dar was the top run-scorer with 55 runs and  took four wickets in the last T20I series.

The best pick for this game, Chamari Athapaththu garnered 221 runs in four games at a strike rate of 185.71 in her last T20I series. 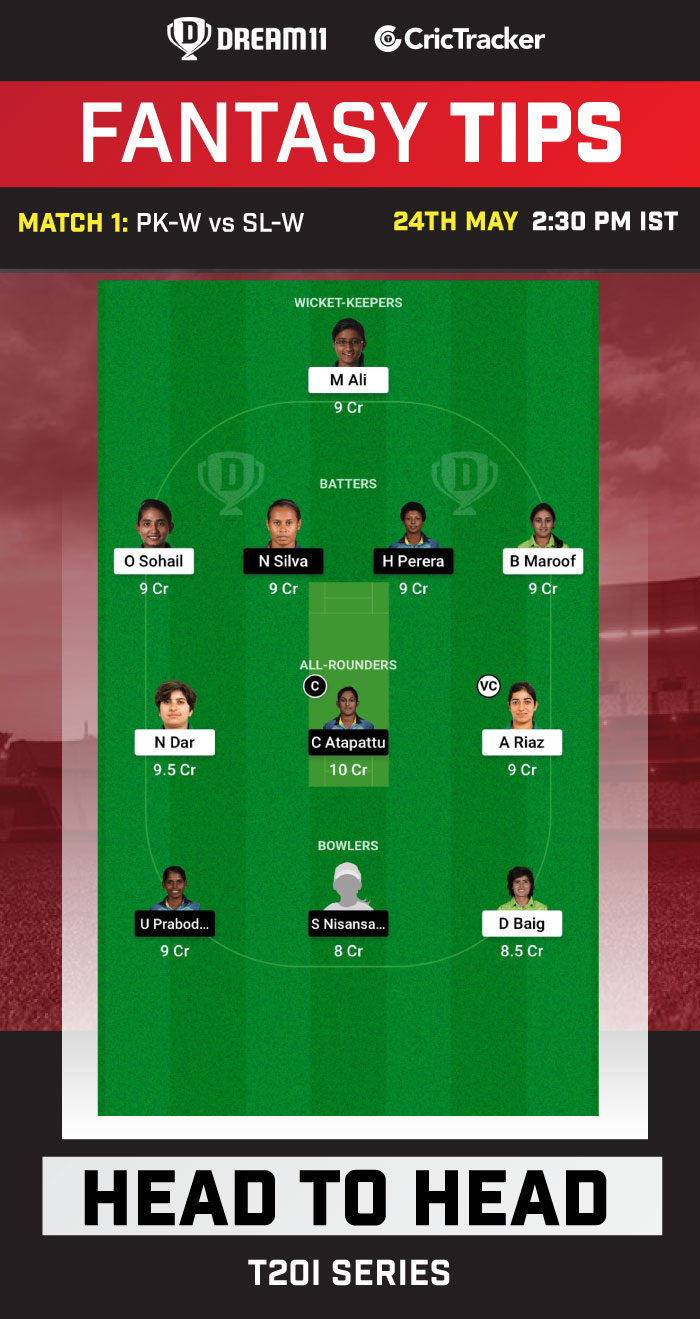 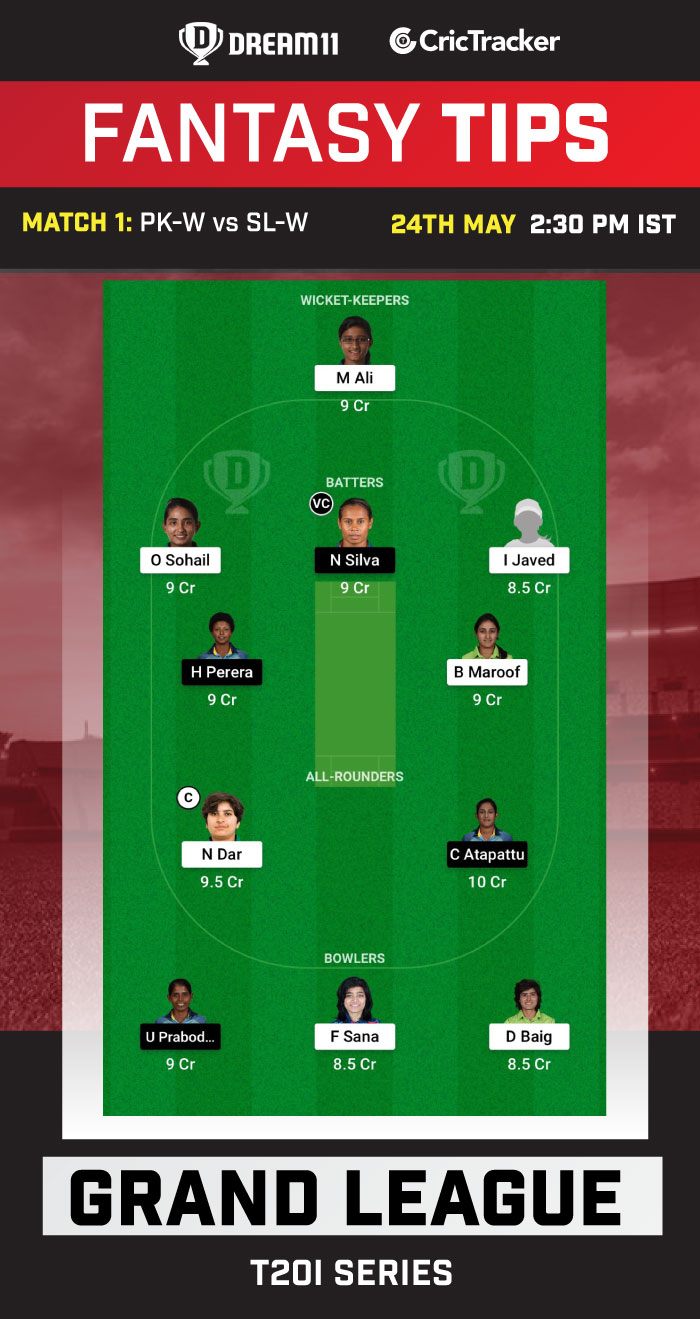 Omaima Sohail has not been consistent enough in international cricket, but has proved her talent in the domestic circuit.

Daina Baig is a quality performer and displayed the ability to take wickets in the recent Fairbreak Invitational Women’s T20 2022.

Inoka Ranaweera could not pick enough wickets in her last outing for Sri Lanka, and should be avoided