Pakcelona CC are expected to topple United CC Girona and come out on top in a battle between two very prolific teams.

The 19th match of the ECS T10 Barcelona 2020 will be played between Pakcelona CC and United CC Girona at the Montjuic Ground, Barcelona on Wednesday.

This match is scheduled to start at 02:00 PM Local Time (4:30 PM IST) and it will be streamed live on FanCode.

We have got a promising match-up in the store for us in Day 5 of ECS T10 Barcelona 2020. The fixtures are back to group A and now it will be the 3rd placed team in Pakcelona CC taking on the 4th placed team in United CC Girona.

Both the teams tasted the first win of their season in their opener and both the teams have got healthy net run rates (NRR) to boast of. Pakcelona CC has got one of the best net run rates in the competition, which is as high as +3.100. For both the teams, however, this match-up will be about getting their combinations right for the latter stages of the tournament.

The weather at Barcelona will be on the friendlier side on Friday. The temperatures said to be as low as 15°C, but the good news is that not a single drop of rain is expected.

The pitch at Montjuic Ground has supported batsmen while offering ample assistance for the bowlers simultaneously. We have seen an equal bat-vs-ball contest and the same trend is expected to continue on.

Ishtiaq Nazir scored a well-crafted half-century in his first game. It was instrumental in getting his side the win. He scored 53 runs at a strike rate of 190.

Muhammad Ehsan has looked in sublime touch with the bat. In the two innings that he has featured in, he has got 98 runs at an insanely high strike rate of 228. His destructive capabilities with the bat could very well decide the outcome of the match on Friday.

Khalid Ahmadi has been in good form with the ball. He has picked up 3 wickets from 2 innings and has maintained an economy rate of 7.75 runs per over. He will be looking to dominate over the Pakcelona CC batting unit with his tight bowling.

Muhammad Adnan picked up 2 wickets in his first game and had an economy rate of 5 runs per over. He is one of the key players for Pakcelona CC. 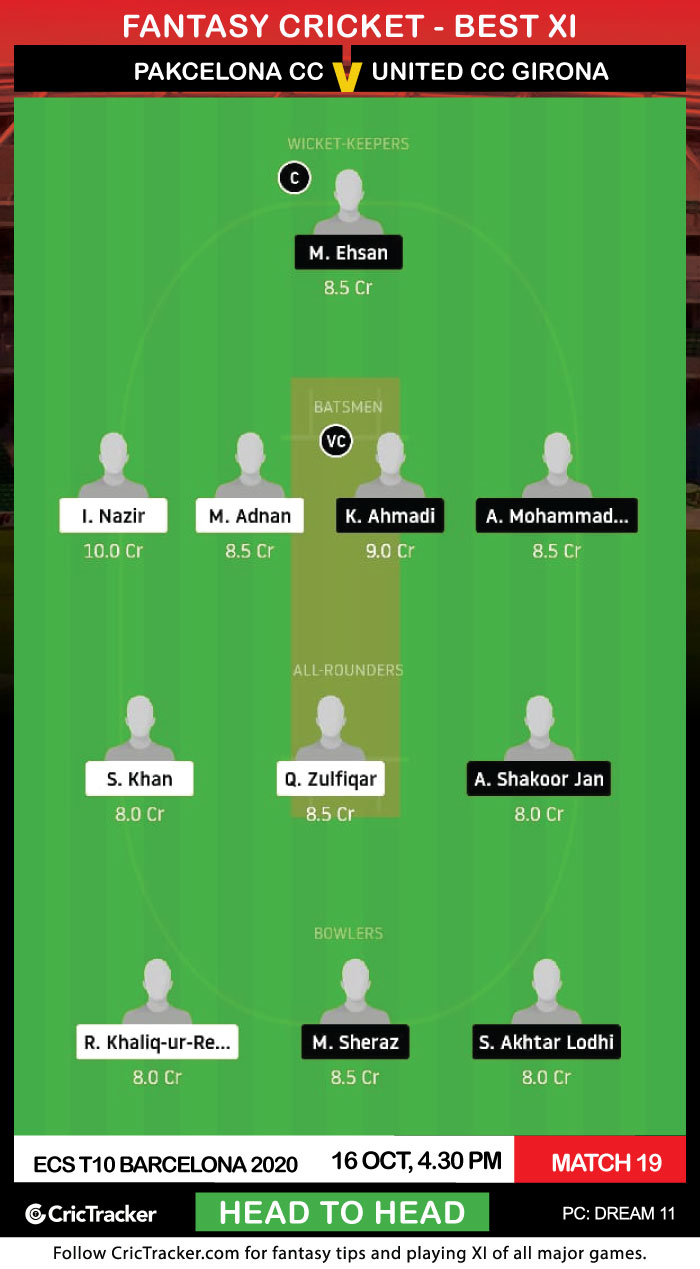 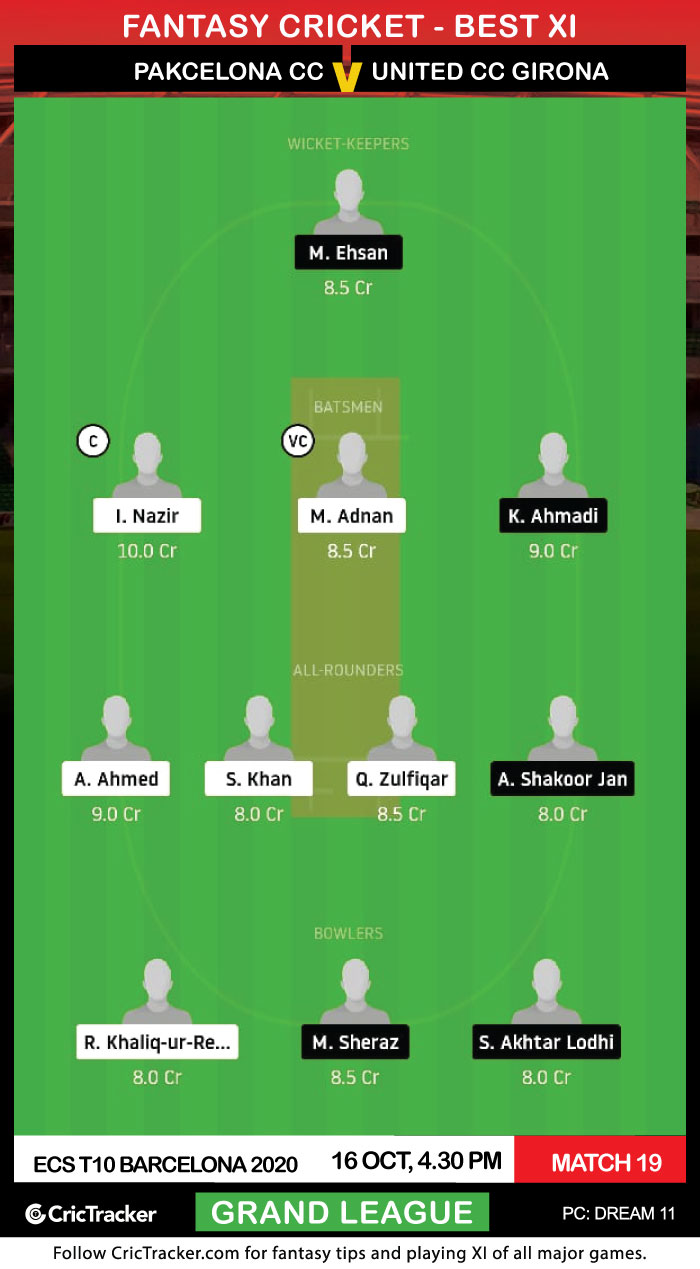 Since the track has enough in it for both the batsmen and the bowlers, it is advisable to have a minimum of 3 all-rounders in your Dream11 Fantasy team.

Pakcelona CC are expected to win this contest.