Players to watch out for in the T20 World Cup

Players to watch out for in the T20 World Cup

The biggest T20 cricket extravaganza is about to begin in a few days. All the teams are geared up to show their mettle in the shortest and the most widely watched format of the game. Seeing the combinations of the teams this year, one can certainly guarantee that this year’s T20’s world cup can be the most exciting, thrilling and most closely fought of all times. As the Star sports promo of the world cup says “Bas ek over dunia badlegi” , the matches would turn within the fraction of minutes. The team which can hold its nerves in the tough times and play freely would come out as victorious. We can hope for some serious entertainment  in the time to come.

Here’s a look at a few players to watch out in this year’s T20 world cup :-

This destructive  West Indies’ opening batsman is someone who can change the course of the match within a few balls.He is someone who can destroy the figures of any bowler at any times. If he gets to play 40-45 balls in each innings, one can bet that the West Indies’ team would be doing the ‘Gangnam style” dance after each match. Let us have a look at his T20 statistics.

Seeing those records one would certainly get the idea of how destructive a batsman he is. His performances in the World T20s get better. Apart from impact that he has with the bat, he also has an physiological impact on the match. Bowlers can never breathe a sigh of relieve untill he is at the crease.His mere presence on the crease is enough to terrify  any bowler. His role at the top of the order for West Indies would be very crucial if they have to go a long way in the tournament.

Expectations from this South African batsman would be very high as always. His role in the middle order is very crucial for the prospects of South Africa in this tournament. He has been in great form of-late. Expectations would be the same this time around. He would be required to speed up the run rate in the middle overs and also to play till the end of the innings.

His T20 statistics are as follows :-

Those numbers dont quite show his credentials as a batsman but people who have seen him bat in the past 2-3 years would know how destructive he can be on his day. His brilliant fielding skills adds as a bonus to the team.His role for the South African team would be very important if they have to remove the “chokers” tag from them.

Virat Kohli has been in the form of his life this year. His performances in the home and away tours had spoken volumes about his talent. He would be the most important batsman for the Indian team in this year’s World T20. He would be the batsman around which the Indian batting would revolve. His role would be to play till the end so that the other batsman can master their innings around him.

He is a match winner in his own right. If he is on song,he can demolish any bowling line-up.He needs to get big scores if India has to do well in this tournament. 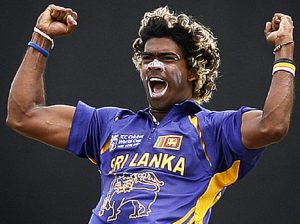 The ‘Slinga Malinga’ is an asset to any team. He is someone who can change the course of the match within minutes. On his day, he can destroy even the best of batting lineups. His economy in T20 cricket is his greatest arsenal. Any team would love to have a bowler like him in their squad.

Seeing those records, one would get the idea of his effectiveness as  a bowler. He has been a headache for all batsman because not only does he takes wickets ,he doesn’t let them score runs off his bowling. It is almost impossible for the batsman to get a 12-15 run per over off him. Thats his biggest asset. At a time when batsman are looking to get big runs in the final overs of the innings, he is someone who puts the brakes on the scoring rate and also takes wickets. That is something which can be very effective in the knockout stages of the tournament.

This Pakistani spin wizard is the toughest nut to crack for any batsman.He has shown in the past 2-3 year’s that he is a genuine match winner. He is probably the number one spinner around the world at the moment. His ability to take crucial wickets in the middle overs is an asset to any bowling side.His economy as a bowler is great as well. Paksitan would hope that he can continue his magic run in the T20 World Cup as well

His role would once again be to take crucial wickets in the middle overs and also to keep the scoring rate in check.

This fiery fast bowler is someone who can destroy any batting lineup with his sheer pace and accuracy. He would be a very important member of the Australian squad for the tournament. His biggest ability is to take early wickets. This is something very important in a T20 match. The biggest point that works in his favour is that he has pace and he can bowl bouncers and yorkers at will, which is very important in the death overs.

His role for the Aussies would be very crucial. If he perfoms to the best of his ability, there is no reason why Australia can’t win this tournament for the first time.

This Aussie power hitter is one heck of a batsman. His ability to win matches on his own makes him a great asset to any side. He is someone who can demolish the best of bowling attacks on his day. His great showings in the Domestic T20 leagues and IPL has booked him a permanent berth in the Australian limited overs line-up. Expectations from him would once again be the same.

His T20 stats are given below

Those stats don’t quite show his batting credentials but those who have seen him bat know that he is someone who can turn the game on its run. He is a player you can go to when the required run rate has climbed upto 13-14 runs per over. His brilliant fielding skills and occasional bowling adds as a bonus to the team. 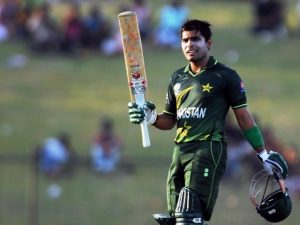 This talented young Pakistani batsman has made everyone take notice of him in the short span of career he has had so far.He is now considered to the next big thing in Pakistani batting lineup after Inzimam.His ability to stay focus in crunch situations has made him a star world wide.He would be a very important member of the Pakistani team for the t20 world cup.If he gets his eye in,he can certainly crank up the run rate whenever he wants.

Let us have a look at his T20 stats

His biggest asset is that he has got a very wide range of shots.He is a very aggressive batsman by nature and can hit sixes at will in the final overs.If he is on song,there is no score too big for him.Pakistan would be hoping that he comes good in this year’s t2o world cup. 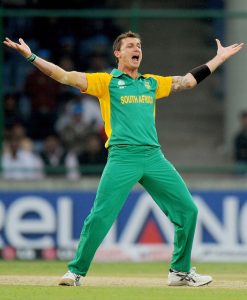 This South Africa fast bowler is a threat to any batting line-up.He is doubted as the best fast bowler of this Era.His ability to swing the bowl both ways and take early wickets makes him a great asset in a T20 lineup.He is regarded as a genuine match winner in all the formats of the game.His biggest strength is that he can take early wickets with the new ball and can also get reverse swing with the old ball.

His biggest arsenal is that apart from the wickets he takes,he is very very economical as well. Its very difficult to get big overs of him in the death overs of the match.The Proteas would be wanting him to come good as always if they have to remove the ‘chokers’ tag from themselves. 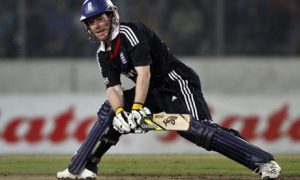 This swashbuckling left hander is one of the best batsman that England have in their current t20 squad.His ability to finish matches makes him a very valuable player in any t20 squad.His unorthodox playing style has been praised by one and all.His biggest arsenal his that he has got a very wide array of shots and he can be very innovative at times which is nowadays a necessity in T20 cricket.

His ability to get quick runs in the final stages of the match makes him a genuine match winner.If he is on song,he could win his team matches on his own.His brilliant fielding skills adds as a bonus to the team.

Taking everything into consideration,we can guarantee that this year’s t20 world can be the most fun filled,entertaining and most closely fought of all times.We can hope for some thrilling matches coming our way in the next few days.

Do log in to http://www.crictracker.com for the all the latest news, updates and scores of the T20 World Cup.