You must try Tom Latham as a multiplier in any one of your Dream11 fantasy teams.

The 23rd Match of the Plunket Shield 2020-21 will be played between Central Stags and Canterbury at McLean Park in Napier starting from 3rd April.

Central Stags and Canterbury will clash in the 23rd match of the Plunket Shield 2020-21 on Saturday. The Stags have won only 2 out of the 7 matches they have played, and are currently placed at the 4th spot on the points table. They fell short by 44 runs while chasing the target of 333 in their last match against Otago Volts. The last time when both teams meet, Canterbury won that match convincingly by 9 wickets.

On the other hand, Canterbury are unbeaten in this season so far. They have won 5 out of the 7 matches they played, 2 matches were drawn. They are currently sitting at the top of the points table and will be looking forward to continuing their winning momentum in the upcoming match as well.

The weather is expected to be partly cloudy for the first 2 days here in Napier with a maximum temperature of 20 degrees Celsius, and there is no chance of precipitation for this match.

This pitch here at McLean Park has been in favour of the bowlers for the first couple of days. Batting is not going to be an easy task on this surface in the 1st innings of the match. It becomes easier to bat on in the last two days. The team winning the toss will look to bowl first on this track.

175 (Only match of this tournament played on this venue)

CSK vs KKR Head to Head record in IPL history

IPL 2021: Rajasthan Royals' Liam Livingstone flies back to England due to bubble fatigue

Dane Cleaver is the leading run-scorer for Central Stags in this season so far. He has scored 350 runs at an average of 35 in 6 matches. Cleaver can score a big knock in this upcoming match as well.

Brad Schmulian has been in great touch with both bat and ball this season. He has scored 288 runs at an average of 36 and has also picked up 7 wickets at an economy rate of just 3.07 runs per over.

Cam Fletcher has scored 421 runs at an outstanding average of 84.20 in his 7 matches. He has been one of the most consistent performers with the bat for Canterbury. He is a must-pick for your Dream11 fantasy teams.

Henry Nicholls is in brilliant form with the bat. He has scored 192 runs in just 3 innings at an average of 64. He can be a crucial pick for your fantasy side.

Will Williams is the leading wicket-taker in this tournament so far. He has picked up 28 wickets at an economy rate of just 1.91 in the 7 matches he played for his team. 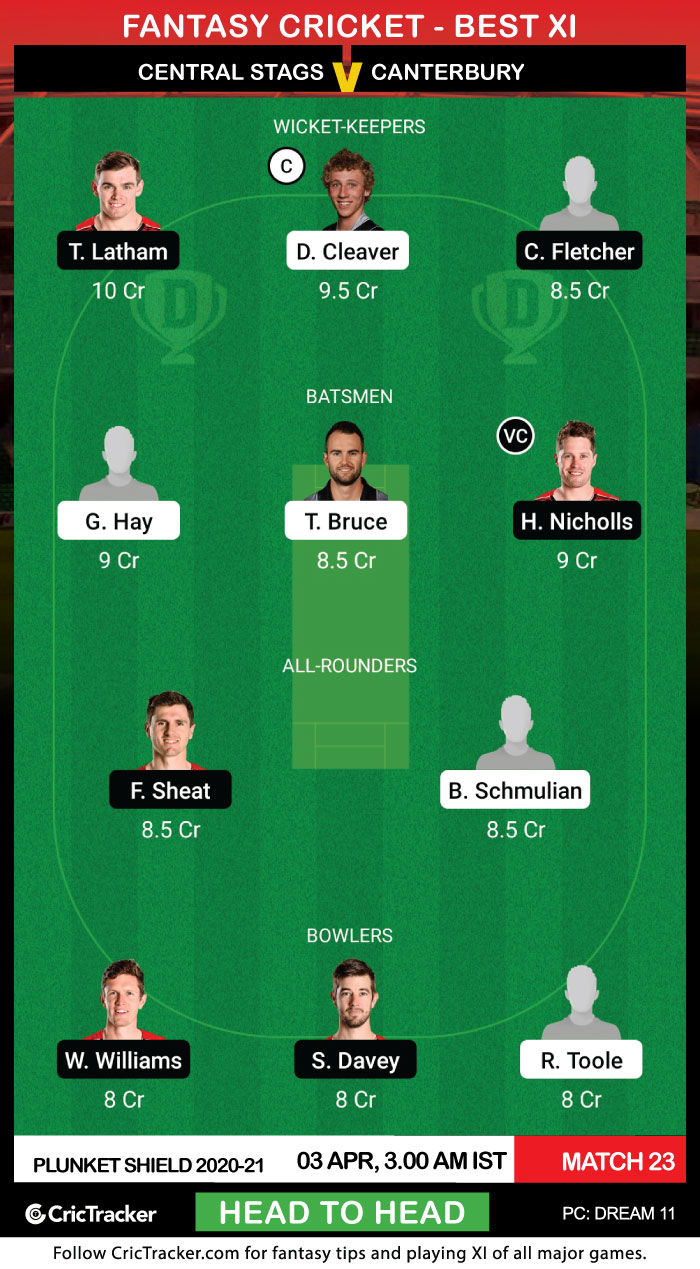 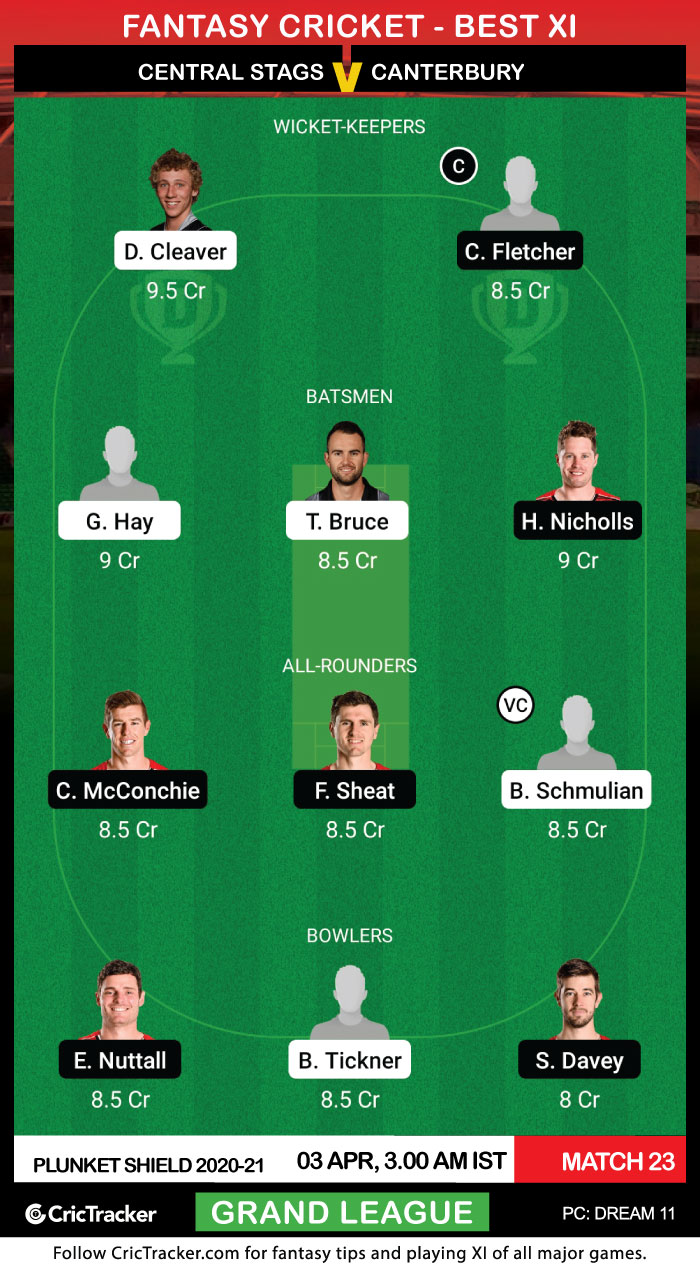 You must try Tom Latham as a multiplier in any one of your Dream11 fantasy teams. He has been in great touch with the bat this season, having scored 346 runs at an average of 57.66 in the 4 matches he has played.