The 46th match of the ECS T10, Barcelona will be played between Joves Units CC and Pak Montcada CC, at the Montjuic Ground, Barcelona.

On the other hand, Joves Units CC is coming off a defeat against Raval Sporting CC by 8 wickets. They will be eyeing to get back on track with a win in this game. It will be a crucial game for both the sides, so we can expect a tough competition on Friday.

The skies are predicted to be partly cloudy with the temperatures hovering around 15 °C range. Overall, it is expected to be a good day for a cricket match.

96 (Five matches played at this venue)

Here’s why Rohit Sharma has been excluded from Australia tour

Prince Dhiman is the highest run-scorer for Pak Montcada CC. He has scored 110 runs in 3 innings, at a strike rate of 166. He has picked up 5 wickets as well.

Taqqi Ul Mazhar is a man on scintillating form and has scored 122 runs from the 4 games he played.

Ibrar Hussain has picked 6 wickets in 2 games so far and is looking in great form. He has been Pak Montcada CC’s best bowler so far in this competition.

Nawazish Ali is must-pick batsman from Pak Montcada CC. He has picked up 8 wickets in four matches he played. 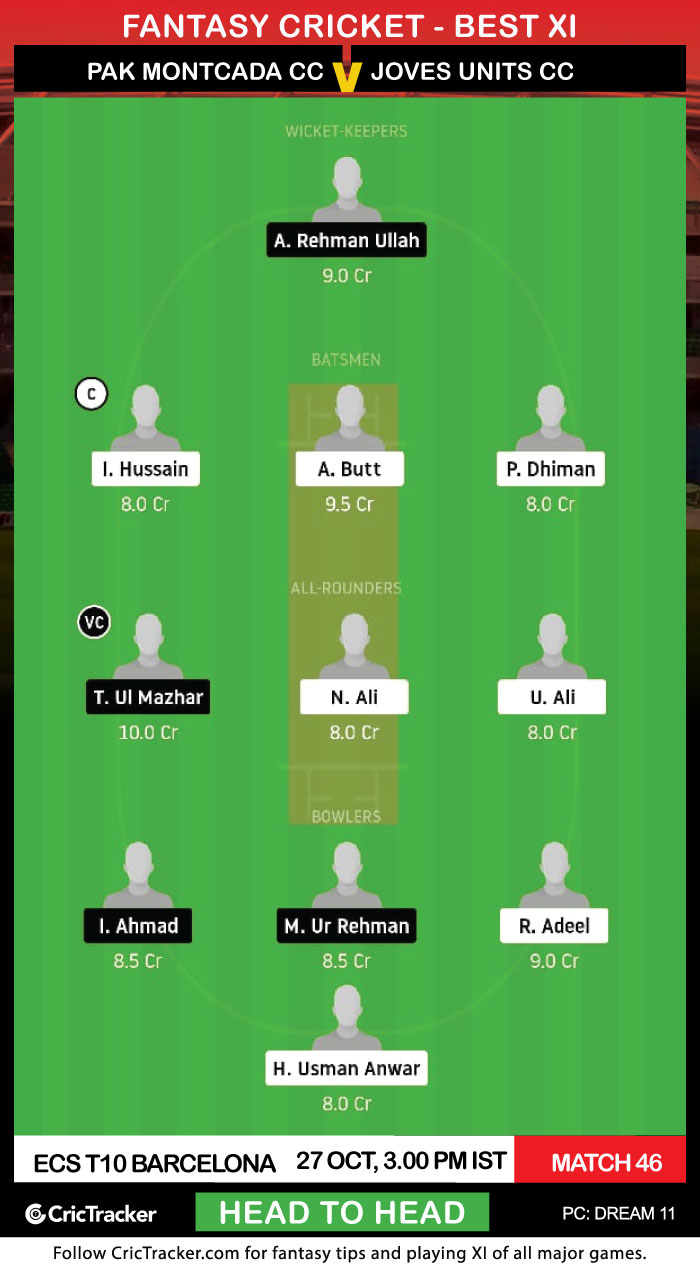 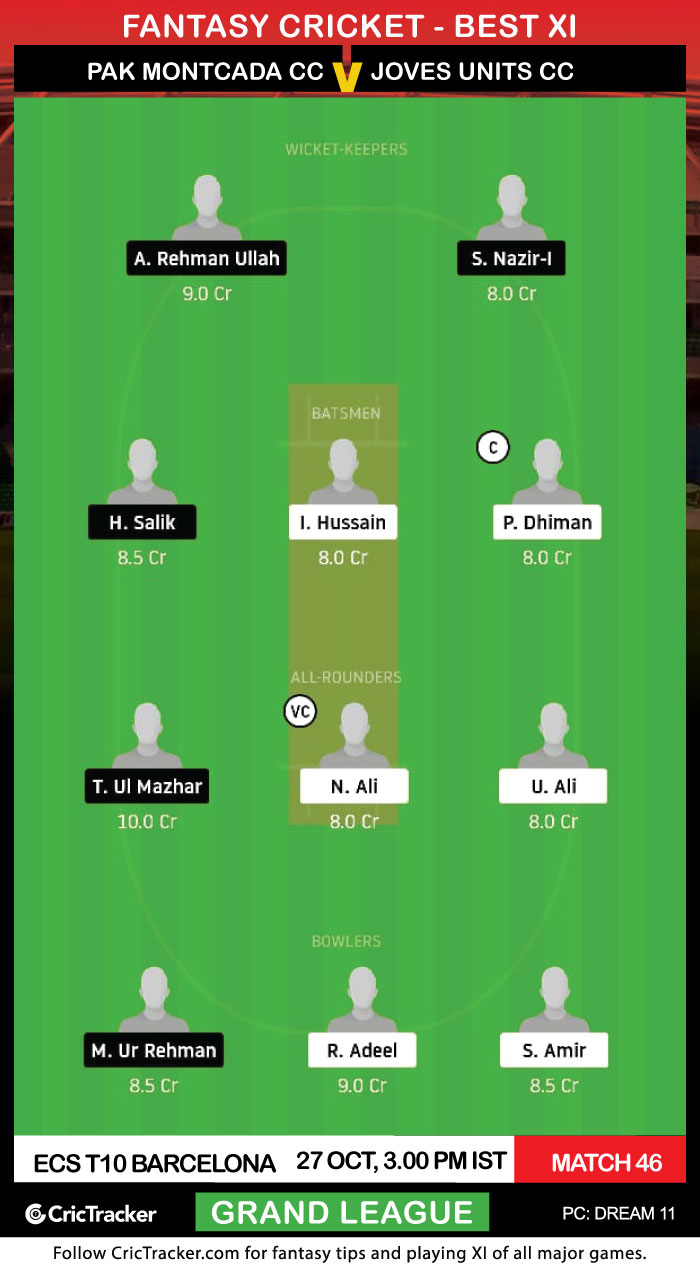 It is advisable to pick 7 players of Pak Montcada CC in your Dream11 Fantasy teams, as they are expected to win this match easily.

Pak Montcada CC are expected to win this match.