The leg-spinner, who last featured for Team India in a T20I in 2017, told Cricket.com, “I’m not someone who will keep playing just for IPL.” He further stated he always tried to stay away from negativity and talked about the importance of self-motivation, “I’ve always tried to stay away from…negativity, as there are very few people in life who’d motivate you…Self-motivation is very important.”

“I have always tried to reflect on who is going to get the benefit if I continue to be demotivated? It will benefit my competitors. After every rejection, I have tried to work even harder on my skills,” the spinner further said.

“I have always tried to stay away from the negativity, as there are very few people in life who would motivate you when you are down. Self-motivation is very important. We all are surrounded by pessimism when we don’t see much success. If we try to work harder, darker thoughts generally go away,” said Mishra

No one messaged me yet: Amit Mishra

In another interview, by Sportstak, Amit Mishra had said that he doesn’t know why he is out of the team as selectors have not communicated with him. “No one has messaged me yet. I still question myself why this happened with me. No one has been able to give me a satisfactory answer,” he added.

In the history of the Indian Premier League, Amit Mishra is the highest wicket-taker among Indians, having taken 157 wickets in 147 matches at a strike rate of 19.75 and an average of 24.19. 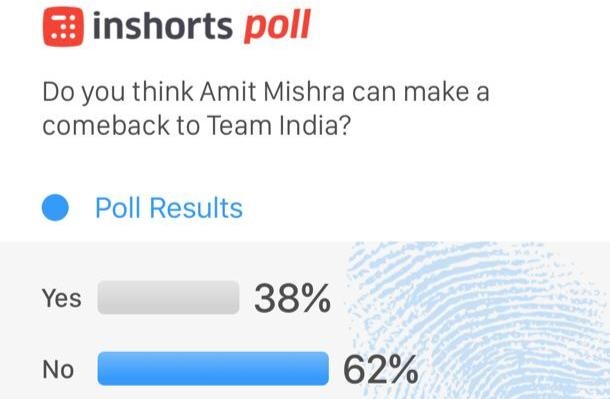