R Ayyanar is the top pick of the match.

The Eagles are set to lock horns with the Warriors in the 25th match of the Pondicherry T10 Tournament 2022, at the CAP Siechem Ground in Pondicherry. The Eagles are coming into this match with a confident win after two consecutive losses in the previous matches. On the other hand, the Warriors are riding in high spirits with three wins on the trot. They will be looking to continue their winning run whereas the Eagles will be hoping to take on the same form in the game as they eye the play-off spot.

The pitch has been a belter of a surface and the scores of around 120 have been readily posted on this venue. To stop the wrath of batters, the bowlers need to be able to proficient with their line lengths.

Paras Ratnaparkhe will be a crucial pick. He has mustered 127 runs in 6 matches at an average of 31.75.

Must Picks for EAG vs WAR Dream11 Fantasy Cricket: 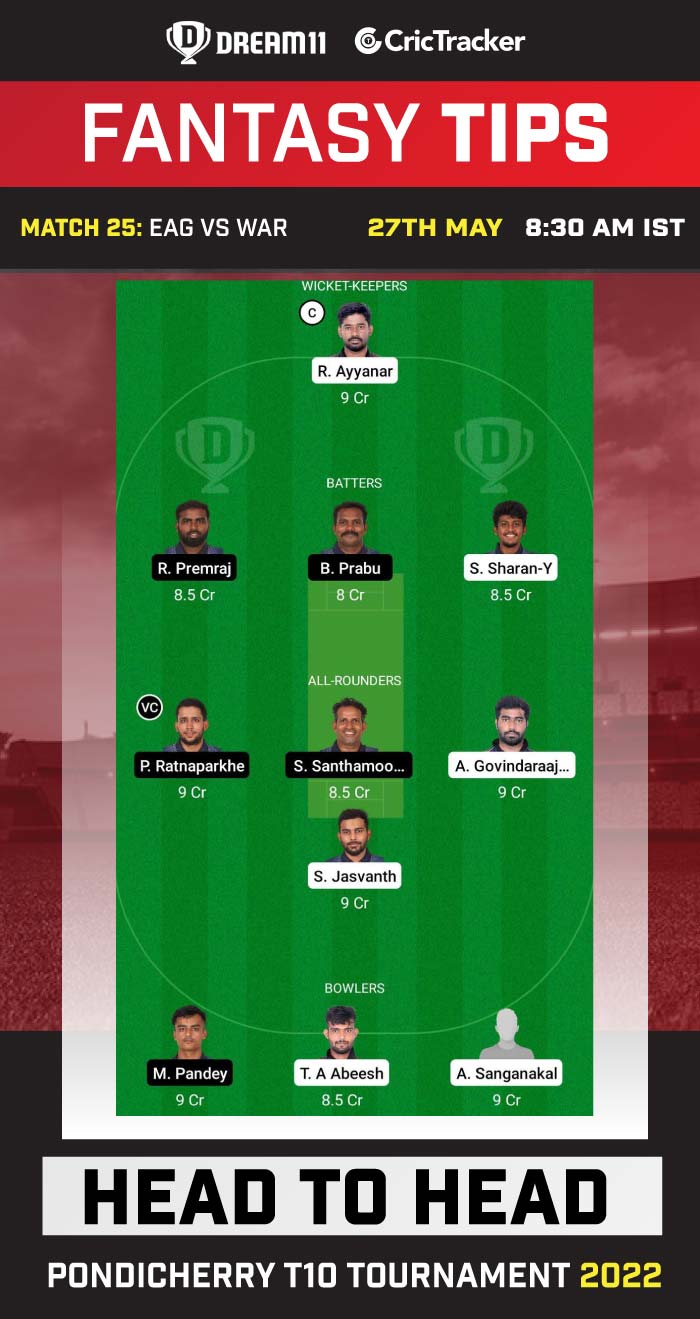 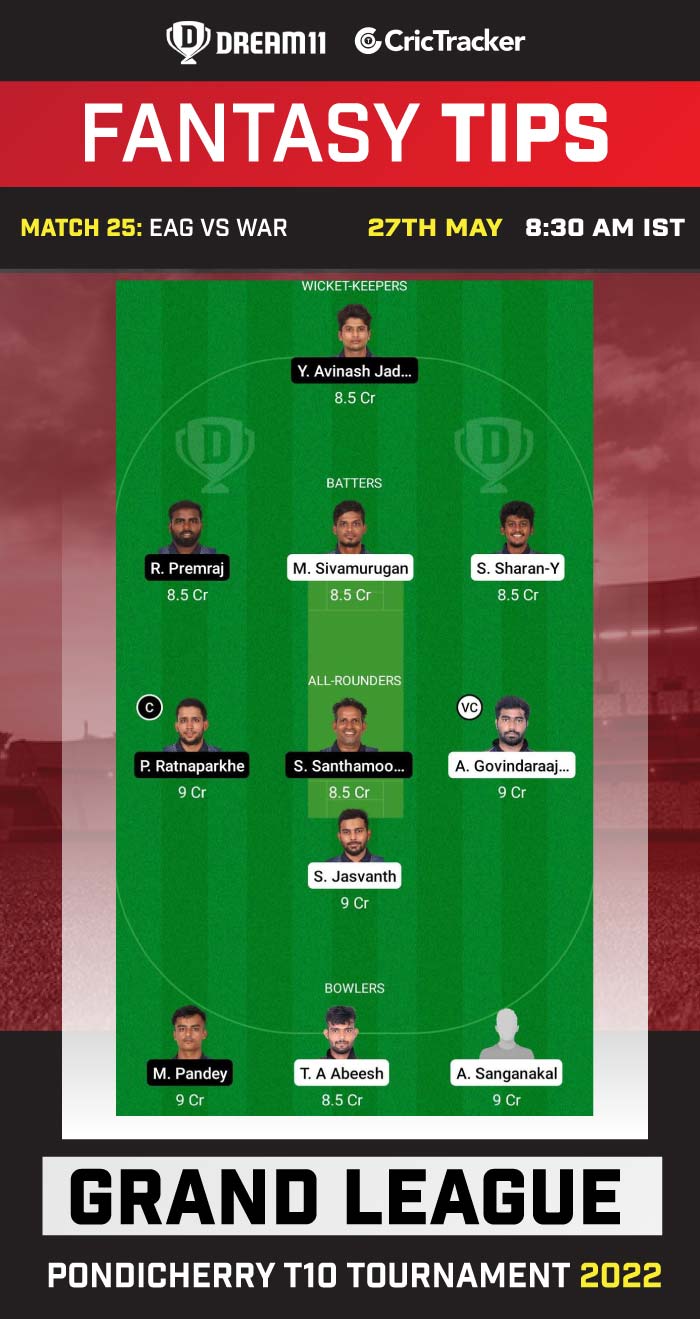