Naveen Padmaraju is a top pick from PCR team.

The 32nd match of the Prague ECS T10 2021 will be played between United CC and Prague CC Rooks at the Vinor Cricket Ground, Prague, Czech Republic, on 11th May.

The match will start at 6:30 PM IST and it will be streamed live on Fancode.

In the 32nd match of the Prague European Cricket Series 2021, we will witness United CC take on the Prague CC Rooks in a league match of group B. Both the teams have been up to the mark in this tournament so far. With their poor performances in almost all the matches, United CC and Prague CC Rooks are placed at the fourth and fifth position respectively in the points table.

Prague CC Rooks have played five matches so far in this competition, losing all of them. They have looked quite flat in some of the matches. On the other hand, United CC has played six matches but has won only one and lost five. That one win was also against Prague CC Rooks earlier in the tournament. United CC will start as favourites in this match.

Captaincy Picks for UCC vs PCR

The young player has been delivering for his side in each of the matches which have happened in this tournament. He has scored 116 runs from five matches. Apart from this, he has taken four scalps as well.

Naveen Padmaraju is one of the best performers from the Prague CC Rocks team. He has been among the runs and wickets this season so far. He has scored 30 runs from the five matches in which he has appeared. Apart from that, he has also picked up six wickets with the ball. 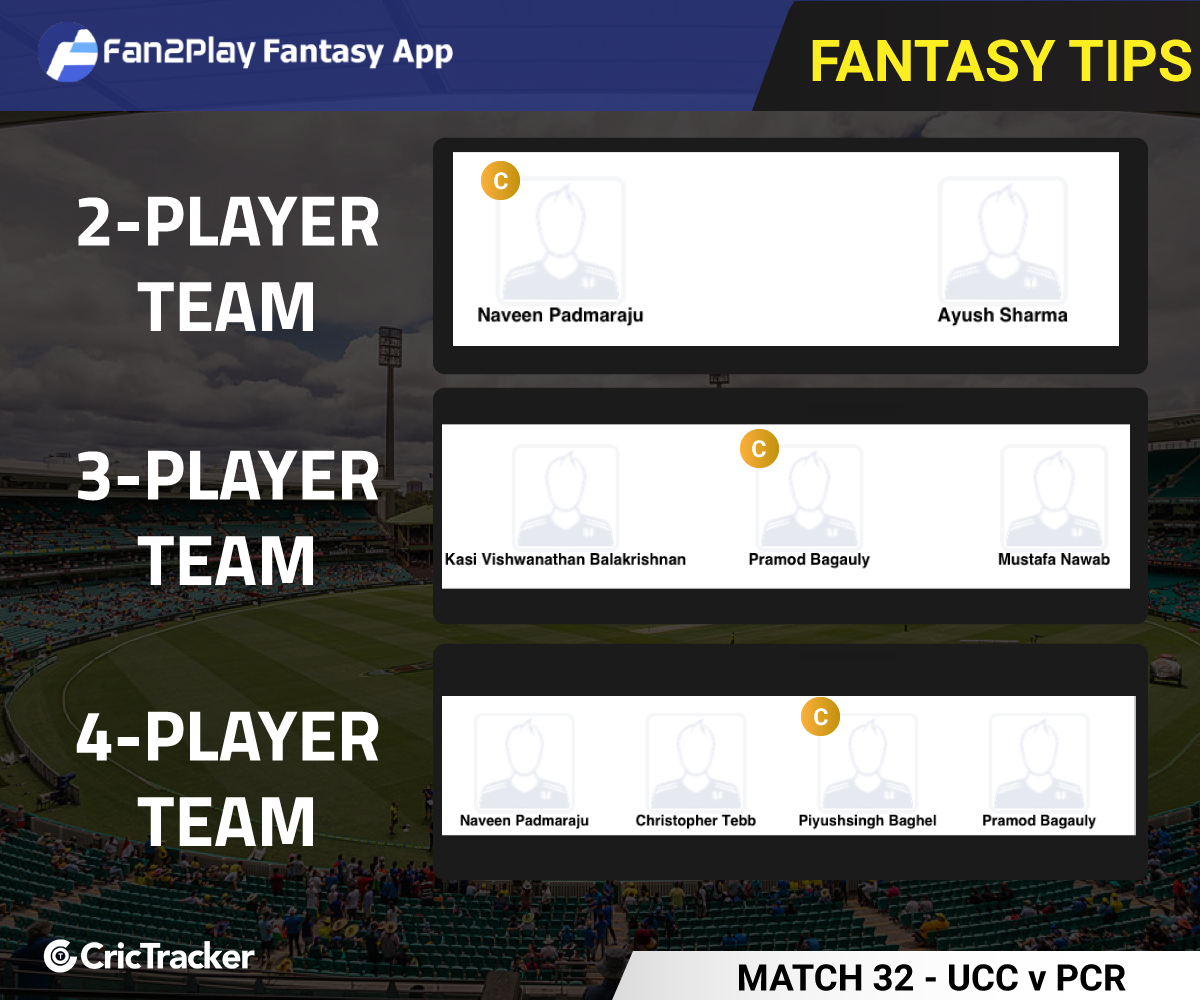