Tinashe Kamunhukamwe has been the top batsman for the Eagles having scored 150 runs in three innings at an average of 75.

The 7th match of the Pro50 Championship 2020 will be played between Mashonaland Eagles and Rangers at the Old Hararians in Harare.

The domestic One-Day tournament in Zimbabwe is currently in progress and the match 7 will see Mashonaland Eagles and Rangers locking horns at the Old Hararians in Harare. This is a crucial game for both sides. The Eagles have so far played three matches and have won only a solitary game and are at the third position in the points table among five teams.

The Rangers, on the other hand, are struggling, even more, having lost both their matches so far. Their batsmen have not scored much to give their bowlers a chance and have got bowled out for 148 and 169 in the two matches. Even the Eagles haven’t done well with the bat. But they chased down 142 inside 18 overs in the previous game against Mid-West Rhinos and will be confident coming into this crucial game.

The forecast for this match is not promising and the rain is most likely to play spoilsport. Thunderstorms are predicted at 11 AM and 4 PM local time while the chances of rain hover around 40% throughout the day. The temperature will stay in the early 20s during the match according to AccuWeather.

This is the first match at the venue in the tournament this season. There is no idea how the pitch will behave. But there could be a lot for the bowlers in it with the conditions in favour of them. It has been a low-scoring competition so far with only Mountaineers going past 200-run mark (289 & 234) in six matches so far. All the matches have been affected by rain thus far.

Tinashe Kamunhukamwe has been the top batsman for the Eagles having scored 150 runs in three innings at an average of 75. Richard Ngarava has picked four wickets thus far. Mufudza has also done well picking three scalps and has been the most economical bowler as well. Regis Chakabva is a senior pro in the team and has played for Zimbabwe and he might also step up.

For the Rangers, Brendan Taylor is the top batsman and though he has scored only 57 runs in two matches, he is the one who can play a big knock for his team. Johnathan Campbell can also do well and has scored 72 runs in two matches. Tshuma and Chikowero are the wicket-takers for the team. 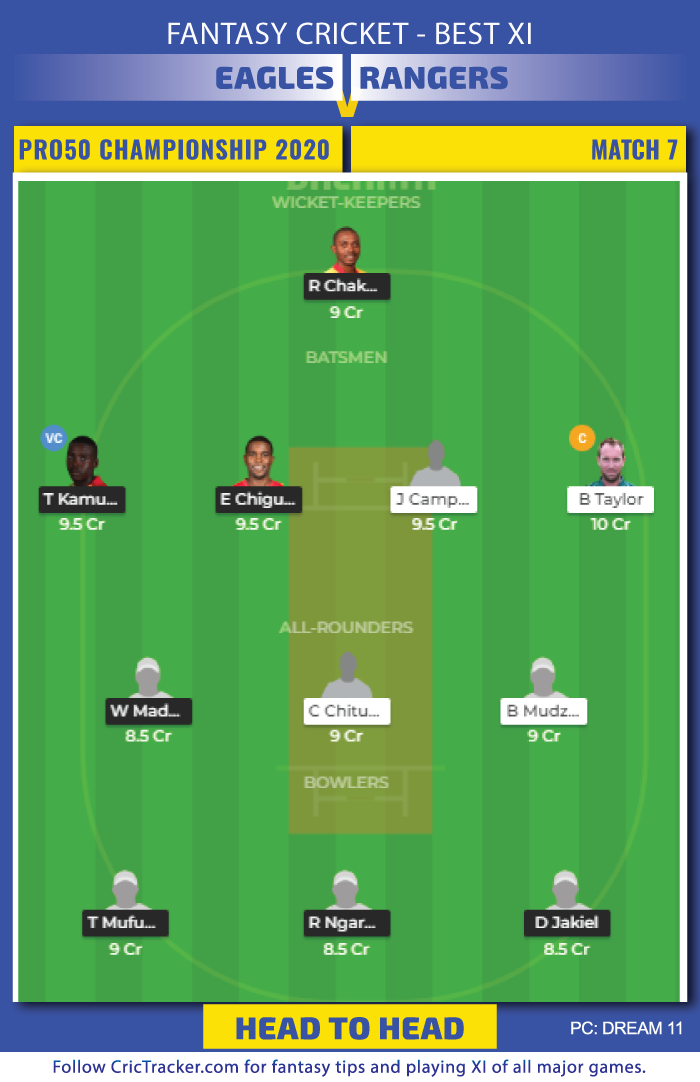 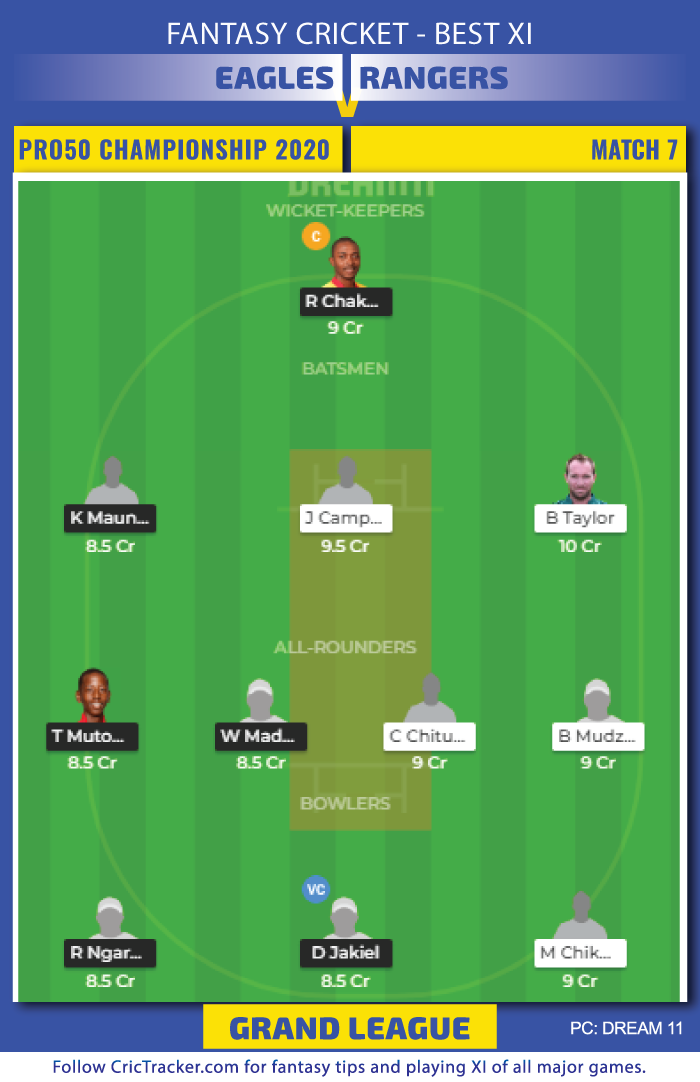 We have picked the same XIs from the team’s respective previous games. There might be a few changes in the playing XIs for this match. Make sure you make C or VC to the players who are sure to play in this match.

Mashonaland Eagles are expected to win this match.