Richmond Mutumbami is the leading run-scorer in the tournament with 207 in 4 games with two half-centuries.

The 9th match of the Pro50 Championship 2020 will be played between Rangers and Mountaineers at the Old Hararians in Harare.

Mountaineers are currently leading the league table with eight points in four games. They outclassed in-form Tuskers in the previous outing. Now, they will look consolidate their position in the points table by winning the upcoming encounter against Rangers. Their batting line looks quite strong that comprises of Richmond Mutumbami, Joylord Gumbie and Roy Kaia, who have consistent performances in Por550 championship 2020. And, Mountaineers will certainly bank on their influential form with the bat in the next clash.

Rangers are still due to taste their first win in the tournament. They have suffered three consecutive defeats and the confidence of their players would be quite low. However, their players are expected to take up the responsibility and come up with brilliant performances for their side. If they fail to fill the voids in the team then their chances of facing fourth defeat in a row are quite high.

The forecast says that the probability of rain and thunderstorm are around 84%. And, it means that the game might get abandon due to the showers. The wind will blow at a rate of 11 to 18 km/hr whereas the temperature will hover between 16 and 20 Degree Celsius throughout the day according to Accuweather.

The pitch at Old Hararians is expected to go in the favour of batsmen for the majority part of the game. This venue has hosted only one game in this tournament in which the side batting first managed to go past 250 runs in their innings. But, the chasing team found it difficult to chase the target. The spinners will play a major role in the second half of the game, who are expected to get a lot of turn from the wicket.

Richmond Mutumbami is the leading run-scorer in the tournament with 207 in 4 games with two half-centuries. He will be an obvious pick for any Dream11 Fantasy team. Joylord Gumbie will also play a vital role with the bat, who has shown the glimpse of his good form with the bat in the tournament. Roy Kaia will be fruitful to pick in the bowler’s category as far as his form is concerned. 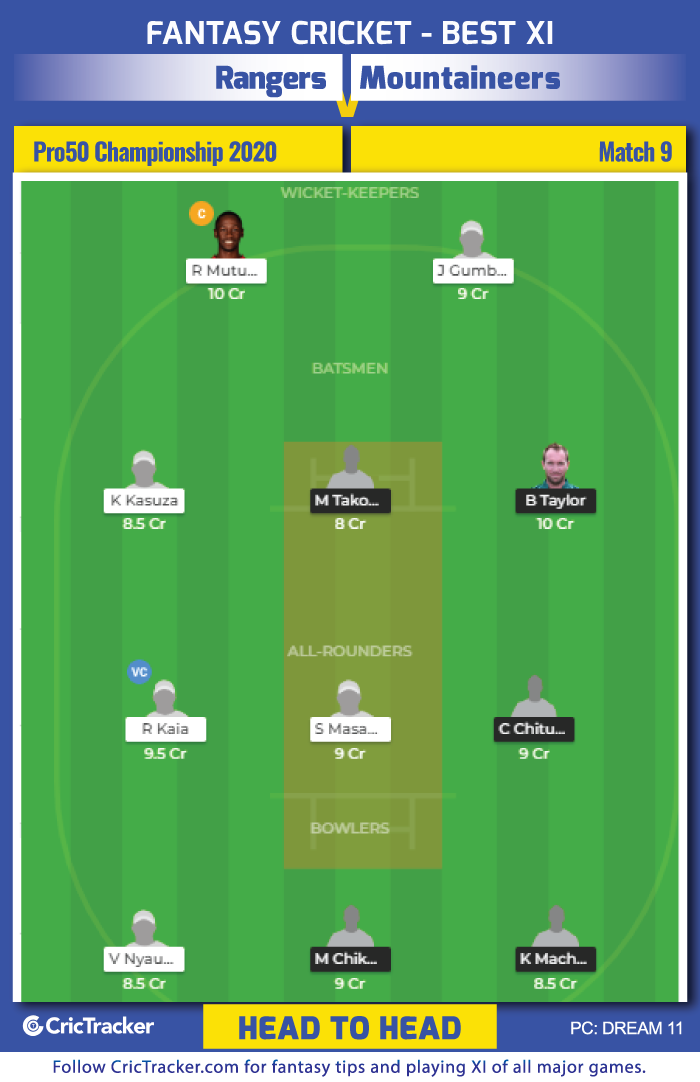 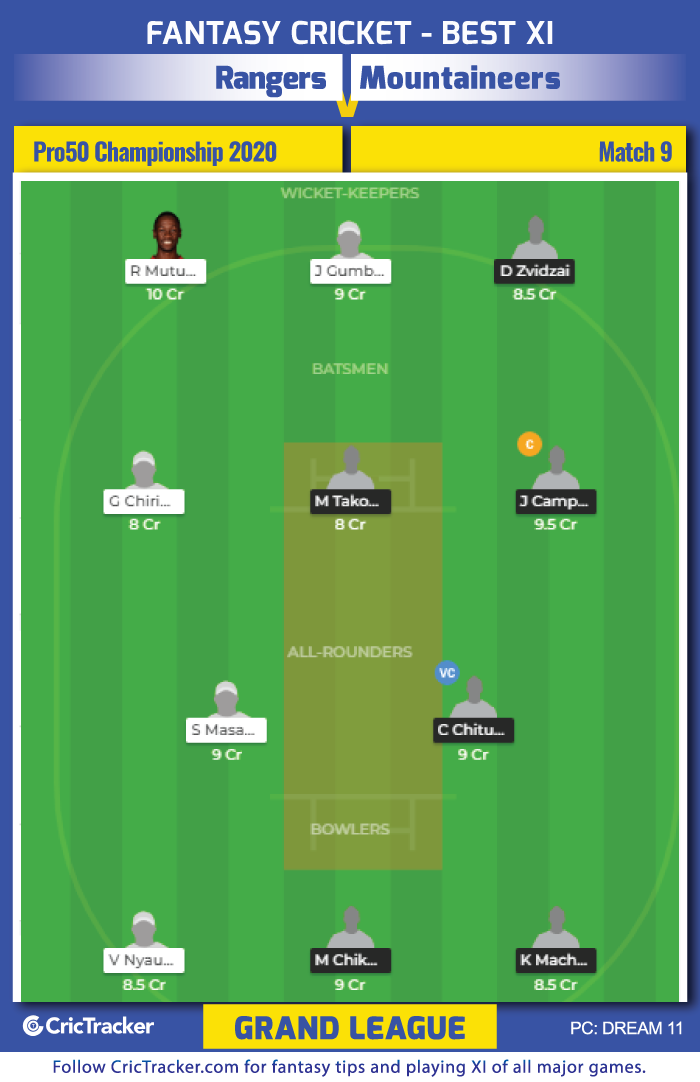 We have picked the same XIs from the team’s respective previous games. There might be a few changes in the playing XIs for this match. Make sure you make C or VC to the players who are sure to play in this match.

Mountaineers are expected to win this match.