Nicole Bolton is a talented all-rounder and can add points with both the bat and ball. Try her in any one of your Dream11Fantasy team as a Vice-captain. 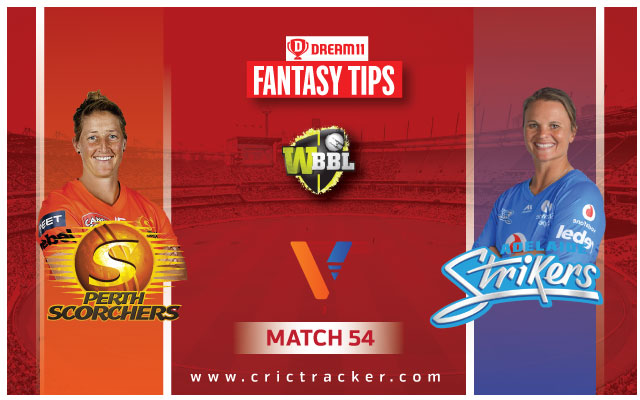 The 54th match of the Women’s Big Bash League 2020 will be played between Perth Scorchers Women and Adelaide Strikers Women at the North Sydney Oval, Sydney on Sunday.

It is the 54th match of the league where Perth Scorchers Women are ready to clash with Adelaide Strikers at the North Sydney Oval. Both the teams have played thirteen games each in the competition and would have enough knowledge about the conditions on this ground. Perth Scorchers have won their last encounter by chasing down 135 runs without losing any wicket against Hobart Hurricanes Women. With 14 points in their bag, PS-W are placed at the 3rd position in the league table.

Adelaide Strikers Women on the other side, have lost their last encounter against ST-W as they failed to defend the total of 133 runs. Moreover, they have lost 7 out of their thirteen games and are placed at the 6th spot in the points table with 11 points on the board. Adding to that, Adelaide Strikers Women have lost one match more than their opposition. So coming into this game, both these teams will not only have to set their strategies straight but also aim to maximize the winning margin.

The weather for this match will remain cloudy during the game time with the temperatures hovering around 25 Degrees Celsius range.

The pitch at this venue assists both batters and bowlers. We can expect an even contest on this wicket.

Without any doubt, Beth Mooney is one of the best performers of this edition. She has plundered 464 runs which is the most by any player in the ongoing competition.

Sophie Devine looked in top-notch form with the bat as she destroyed the opposition bowling attack and scored 87 off just 53 balls. Moreover, Devine is the second-highest run-getter in the league with 391 runs to her name.

Taneale Peschel is the leading wicket-taker for her side who has bagged 13 wickets in 12 innings.

Laura Wolvaardt has amassed 310 runs that she played at an average of around 26 including two fifties to her name.

Following her, Stafanie Taylor has been decent with the bat as she scored 226 runs from her 10 outings. In the last encounter, she steadied the ship with Katie Mack and went on to score 33 runs against Sydney Thunder Women.

The second leading wicket-taker of the league, Sarah Coyte will be the key player in the upcoming game. She has picked up 18 wickets at an average of well below 15. 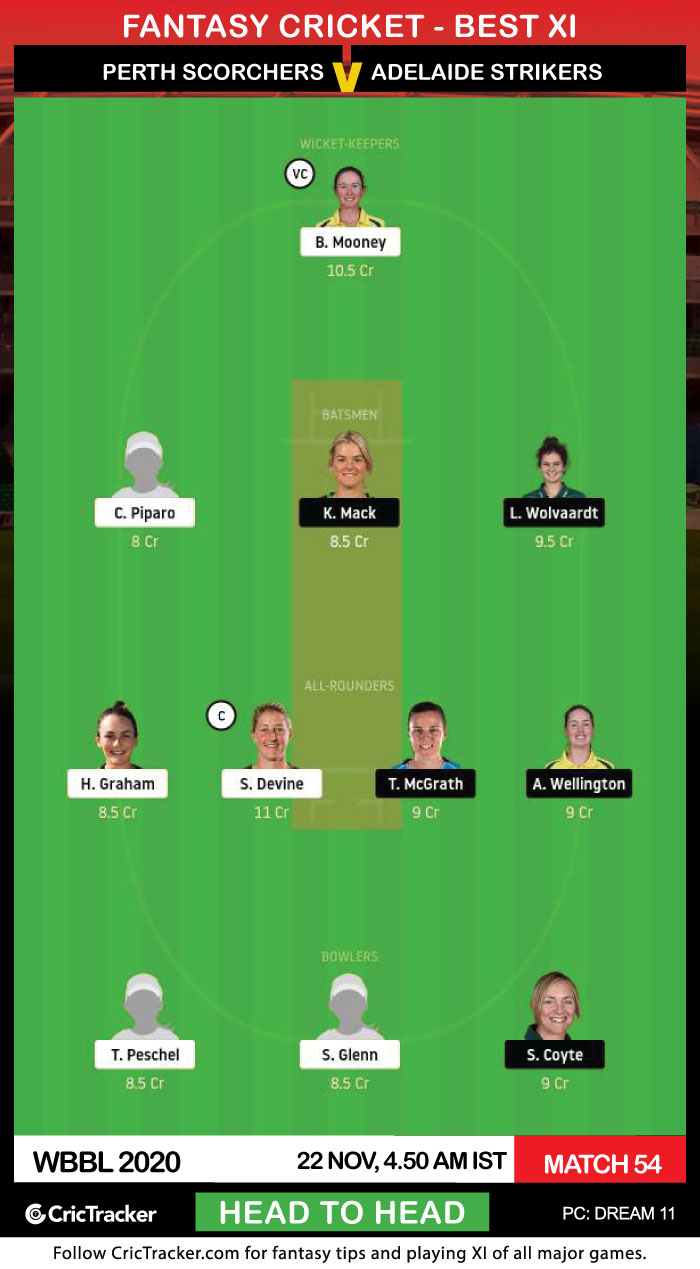 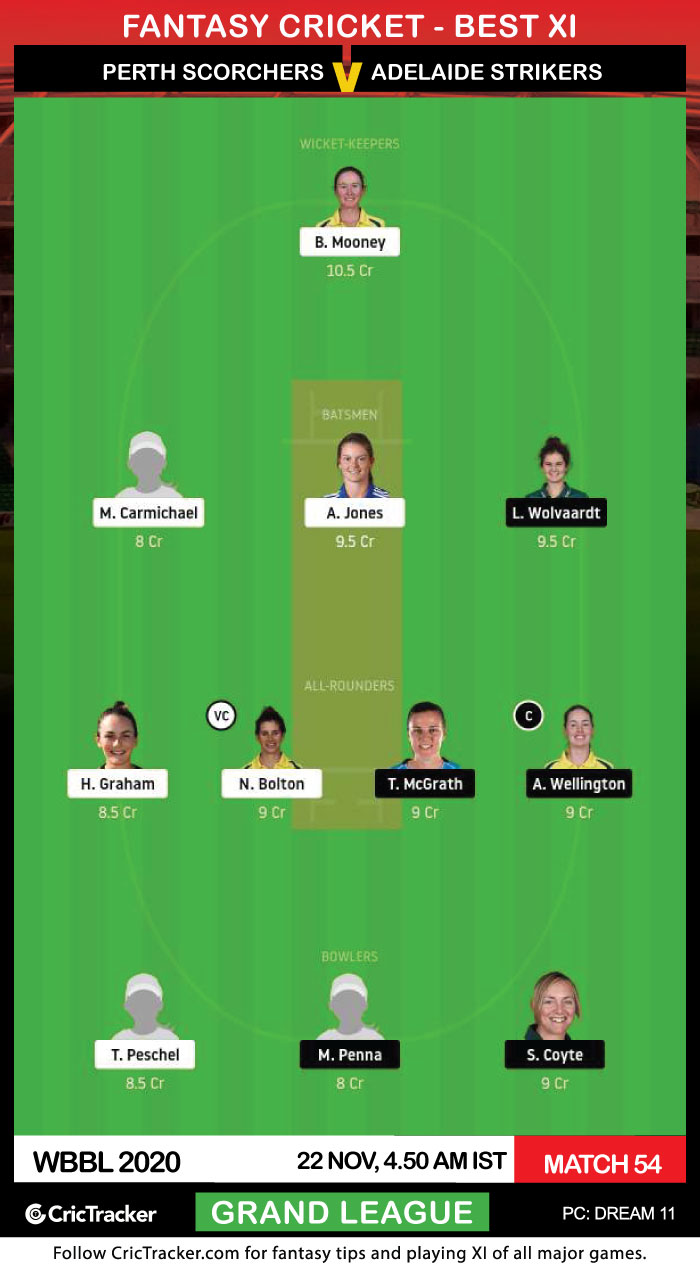 Nicole Bolton is a talented all-rounder and can add points with both the bat and ball. Try her in any one of your Dream11Fantasy team as a Vice-captain.

Amy Jones will be a wise choice for your team because she can score runs once she gets her eye on the ball. Try dropping Sophie Devine in any one of your Grand League teams.