In-form Sydney Sixers are likely to get the better of Perth Scorchers. 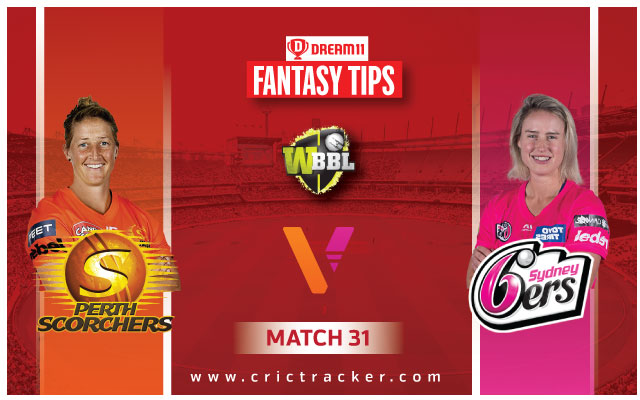 The 31st match of the Women’s Big Bash League (WBBL) 2020 will be played between the Perth Scorchers Women and the Sydney Sixers Women at the Blacktown International Sportspark in Sydney.

In this particular game of the Women’s Big Bash League 2020, both the teams are placed far apart in the points table and will be eyeing wins for completely different reasons. While one team will try to push further up in the table and consolidate themselves at the top, the other will be eyeing a win in order to stay alive in the race for the playoffs stages.

Sydney Sixers Women are currently placed at the third position in the points table, with 4 wins to their name in 7 matches and 10 points in their bag. On the contrary, Perth Scorchers Women have 2 wins to their name in 7 matches and are placed at the sixth position with 6 points with them. So, it will be a tough ask for the Perth Scorchers to get past the prolific Sydney Sixers.

The weather in Sydney is expected to be clear and the chances of rainfall are a mere 10 per cent. The temperature will be around the 20 degree Celsius mark.

The pitch at the Blacktown International Sportspark has been used in 4 matches of the tournament so far, and in those matches, the bowlers held an upper hand. The same conditions are expected to prevail in this match also.

102 (Four completed matches of the tournament played at this venue)

Sophie Devine has performed well with the bat in hand, as she has scored 178 runs in 6 matches. The all-rounder has taken 2 wickets as well.

Ashleigh Gardner, in the 6 matches that she has played in, has taken 6 wickets and scored 84 runs.

Marizanne Kapp has also been doing well as an all-rounder for her team. She has taken 5 wickets and has scored 98 runs.

Alyssa Healy is one of the highest run-getters in this tournament, with 139 runs to her name in 6 matches. She has a phenomenal strike rate of 156.17. 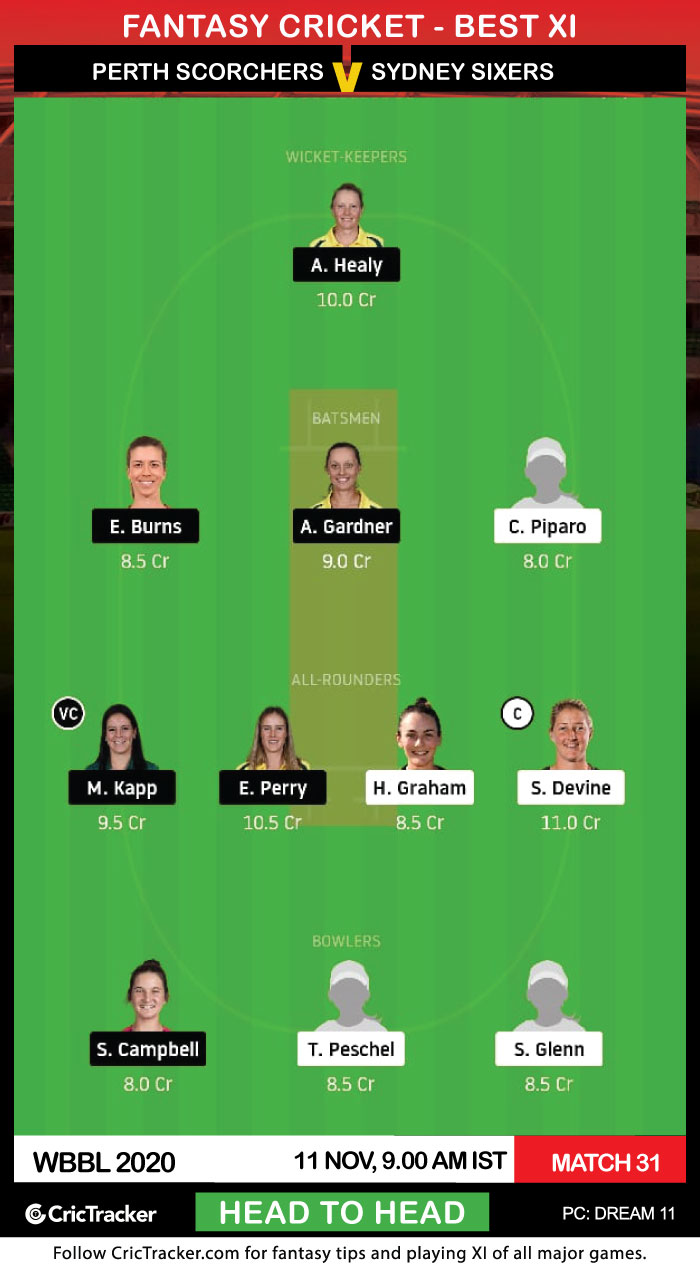 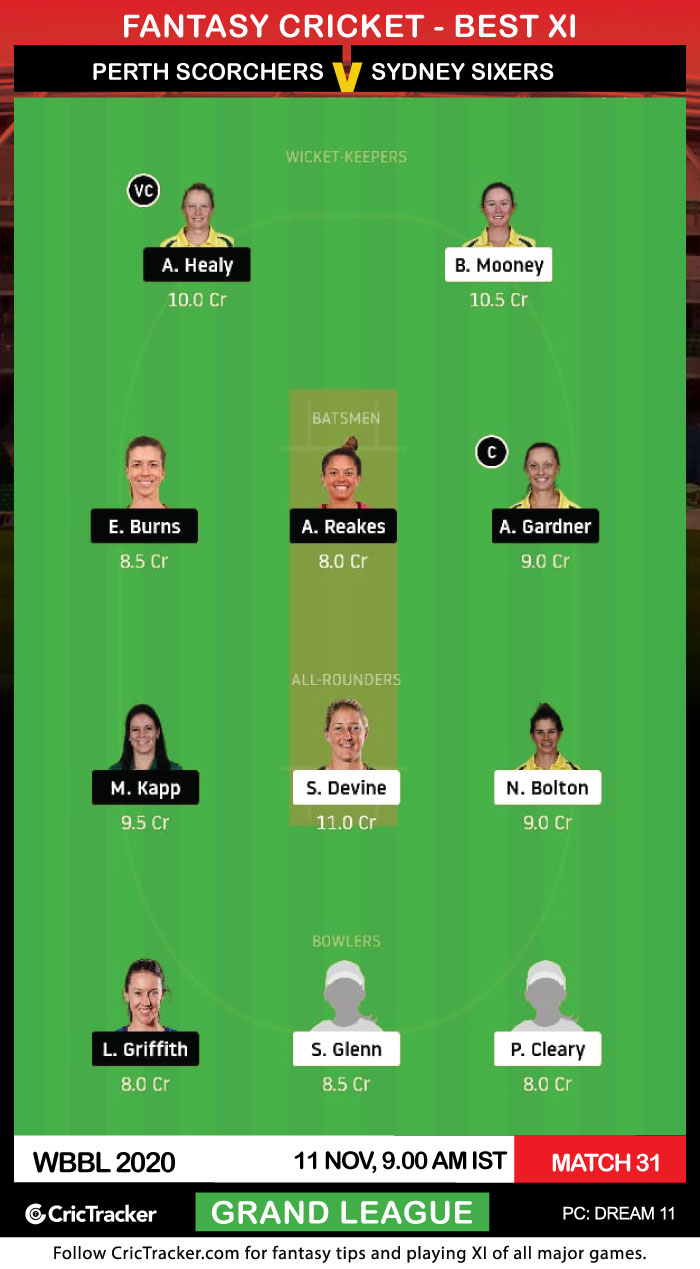 Sydney Sixers Women are predicted to win this game.