Faheem Ashraf is a must after his match-winning performance in the tournament opener.

The ball has started to roll in the fourth edition of the Pakistan Super League (PSL). The glittering opening ceremony followed a gripping action between the Islamabad United and Lahore Qalandars. The former side and the defending champions began their title defence on a winning note and they will face the challenge of Multan Sultans now who will also be playing back to back matches after playing against the Karachi Kings.

The United led by Mohammad Sami got a perfect playing XI on the park and they would be hoping to continue in the same vein. Their bowlers lost their plot a bit in the first few overs before pulling things back in the latter half of the innings. Multan Sultans have also struggled with the ball conceding 183 runs to the Karachi and should concentrate on improving against the good batsmen of the opposition.

The 4th match of the Pakistan Super League (PSL) 2019 will be played between Islamabad United and Multan Sultan at the Dubai International Cricket Stadium.

The game will be live on D Sports in India.

James Vince’s BBL team Sydney Sixers have been knocked out by Daniel Christian’s Melbourne Renegades on Friday. Vince might be a 50-50 for the 2nd game of Sultans as he will be jet lagged. Christian will join next week only. 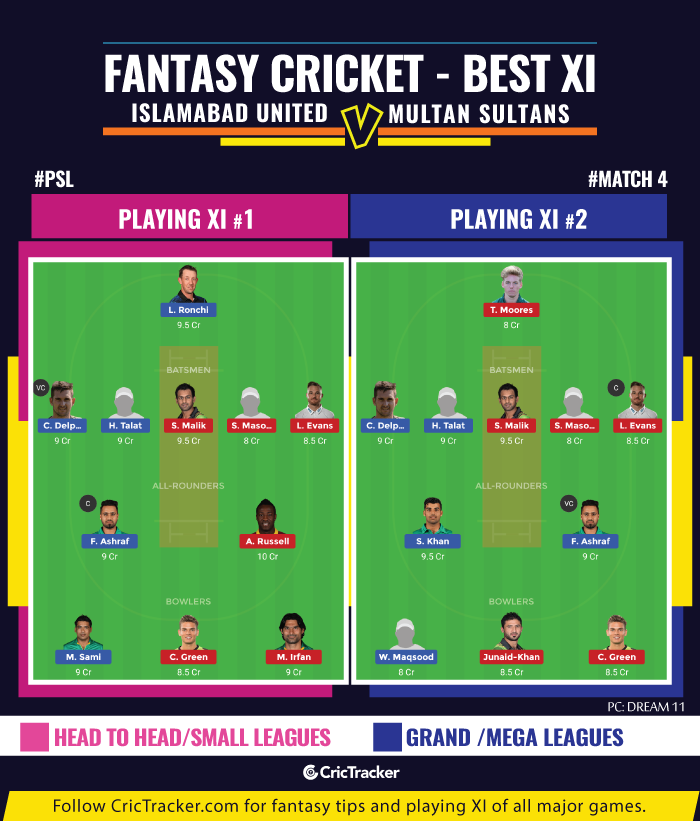 Islamabad United should manage to get the better of Sultans who looked completely out of sorts in their opening game.