Jason Roy will be a hot favourite pick for any Dream11 Fantasy team. He played at his helm best in the recently concluded T20I series against South Africa in which he scored 117 runs in three games with two fifties.

The 1st match of the Pakistan Super League 2020 will be played between Quetta Gladiators and Islamabad United at the National Stadium in Karachi.

Quetta Gladiators won the previous season of Pakistan Super League. They will walk out as the defending champions with a hope to defend the title. They will aim to win the curtain-raiser on the back of their strong batting line up that comprises of Shane Watson, Jason Roy, Ahmed Shehzad, and Umar Akmal, who will look to set the stage on fire with their amazing batting skills. Meanwhile, they also have some amazing bowlers in their ranks like Naseem Shah, Fawad Ahmed, and Sohail Khan, who are expected to get off the mark with astonishing performances in the opener.

In this season Islamabad United will look to get their hands on that prestigious PSL trophy in its fifth season. In the previous season, they lost a crucial game against Peshawar Zalmi in the playoffs due to which they were knocked out of the tournament. However, this time around, United will look to come out all guns blazing in order to grab their 3rd PSL title.

There are no chances of rain on the matchday and the conditions are perfect for the PSL season opener to take place. The wind will be blowing at a rate of 15 to 20 km/hr whereas the temperature will deviate between 16 and 31 Degree Celsius throughout the day according to Accuweather.

The track at National Stadium is expected to go totally in favour of the batsmen. The fans will get to watch a run-fest between the two heavyweights. This ground has hosted a total of four games in which, the side batting first has managed to go past score of 200+ runs in the first innings whereas the team chasing the target ended up losing on the majority of occasions. The same is expected in the upcoming clash at this venue.

Umar Akmal will not play as he has been suspended by PCB with immediate effect of the board’s Anti-Corruption Code.

Naseem Shah is undergoing rehabilitation, so he will miss the season opener.

Jason Roy will be a hot favourite pick for any Dream11 Fantasy team. He played at his best in the recently concluded T20I series against South Africa in which he scored 117 runs in three games with two fifties. Colin Munro and Shane Watson cannot be ignored while picking a fantasy team. In the bowlers’ category, Sohail Khan will be the player to watch out for. 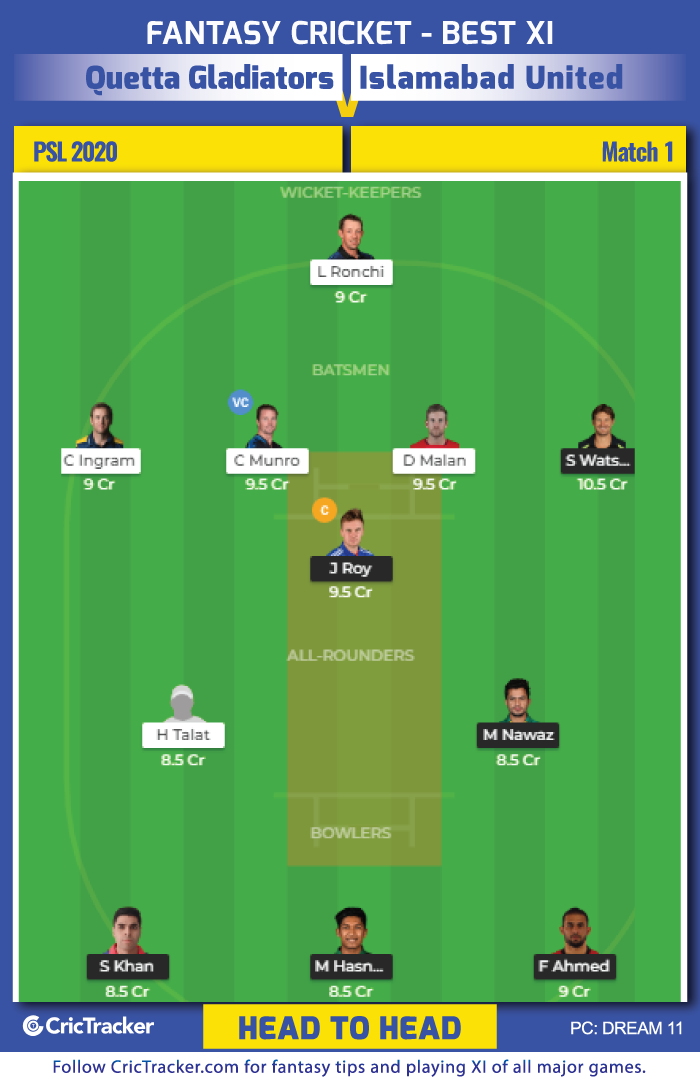 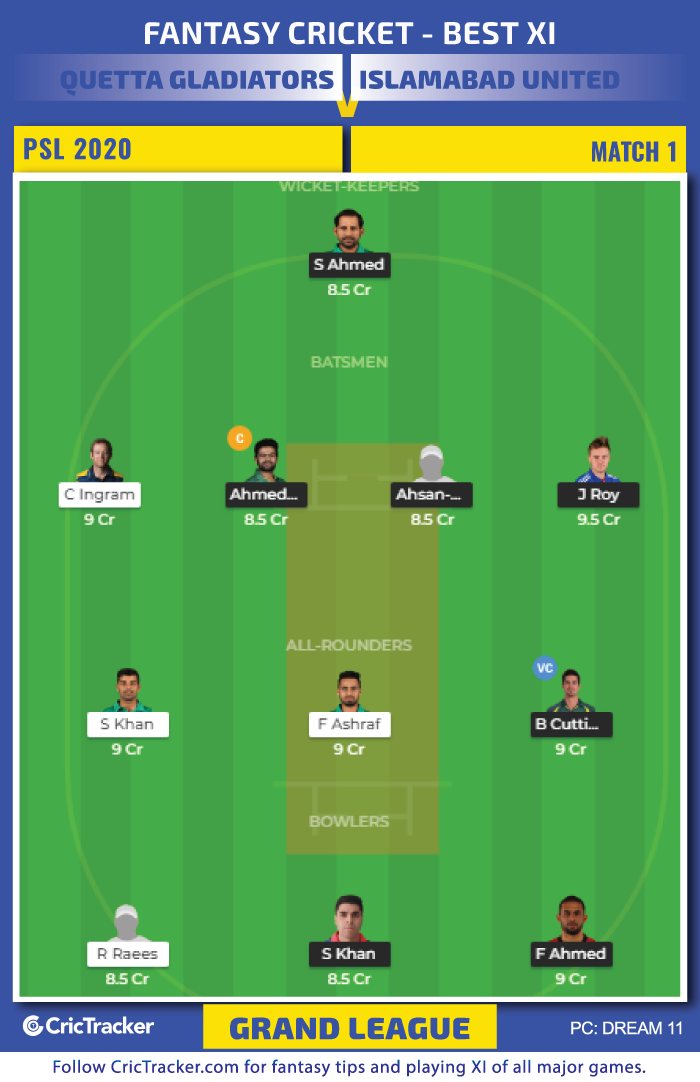 It is going to be a high scoring game as far as the trends of the pitch are concerned. So try to go with more batsmen, who are in good form without experimenting.

It is an advice for the users to not pick Dale Steyn in their fantasy team as he is scheduled to play T20I series between South Africa and Australia starting on February 21.

Tips: The user can go with the combination of one wicketkeeper, five batsmen, two all-rounders, three bowlers.

Quetta Gladiators are expected to open their account with a win in PSL-5.