Kamran Akmal will be a hot-favourite pick for any fantasy side due to his impressive form with the bat.

The 11th match of the Pakistan Super League 2020 will be played between Peshawar Zalmi and Lahore Qalandars at the Rawalpindi Cricket Stadium in Rawalpindi.

Lahore Qalandars have suffered two back to back defeats in PSL 2020. They have still not tasted a win in this edition of the tournament. They are lacking in their consistency to perform well in a stretch due to which they are struggling. However, they are expected to come out with some brilliant performances in the clash against Peshawar Zalmi.

Qalandars have an in-form squad, which might help their side in registering a clinical victory in the upcoming game. Mohammad Hafeez looked like he is back in his prime with the bat, who played a blistering knock of 98 runs in the previous game although he ended up on the losing side.

On the other hand, Peshawar Zalmi will also look to fight back with a win in the next game. In batting, they have Tom Banton, Kamran Akmal and Liam Livingstone– who will look to click some responsible knocks with the bat. Meanwhile, their bowling line up that comprises of Wahab Riaz, Rahat Ali and Hasan Ali looks well settled due to their decent performances in the past couple of games.

The weather forecast says that the chances of rain are quite high on the matchday and it might also abandon the game. The wind will be blowing at a rate of 9 to 11 km/hr whereas the temperature will hover between 14 and 20 Degree Celsius throughout the day according to Accuweather.

The track at Rawalpindi Cricket Stadium is expected to go in the favour of batsmen until the weather plays its role. As per the weather forecast, it will be overcast conditions and the fast bowlers will certainly get some help from the wicket and batters might have a tough time scoring runs against them. Otherwise, the batsmen will have an edge against the bowlers. Meanwhile, the side winning the toss will look to field to be on the safer side.

Kamran Akmal will be a hot favourite pick for any fantasy side due to his impressive form with the bat. So far he has scored 159 runs for his team. Liam Livingstone and Mohammad Hafeez will be other important players that should not be ignored while picking fantasy side. Wahab Riaz will be an important pick in the bowlers’ category for any fantasy team. 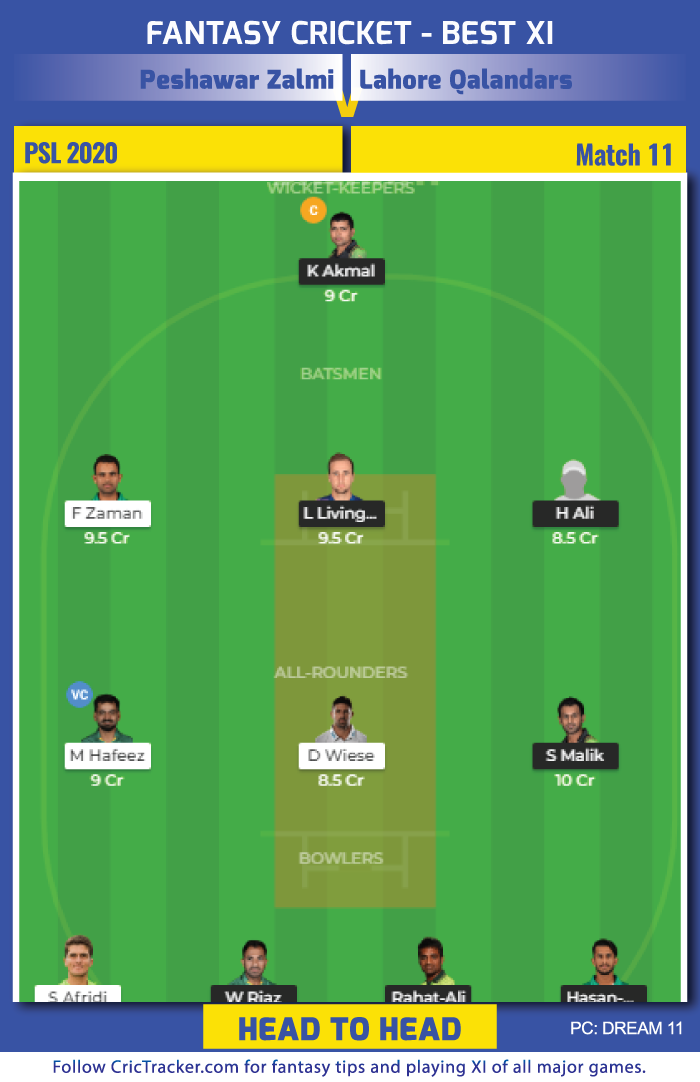 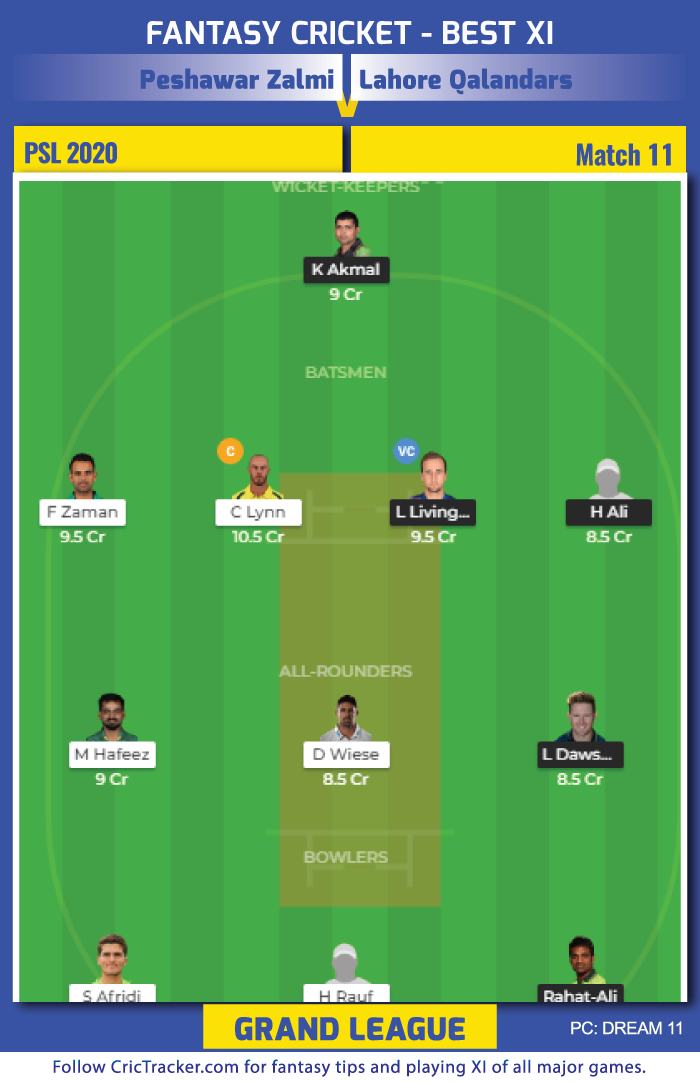 The weather on the matchday will play a major role as the bowlers might get some assistance due to the overcast conditions. The user should go with at least four bowlers in their fantasy side.

User Tips: The user can opt for a team combination of one wicketkeeper, three batsmen, three all-rounders and four bowlers.

Peshawar Zalmi is expected to win the match.