In their last meeting, the United chased down 165 in 16.4 overs at the Gaddafi Stadium.

Multan Sultans had some decent outings in their first five matches of the PSL 2020. However, in their previous game against Karachi Kings, Shan Masood and Co faced  a bit of a batting collapse. Nevertheless, rain came to their rescue and the game was called off. The Sultans got a point and tightened their grip at the top. Their next match is against the Islamabad United in Rawalpindi.

In their last game, the United, captained by Shadab Khan, got the better of the Sultans with an eight-wicket victory. On head-to-head, there’s not much to separate them as Islamabad have a 3-2 lead. The United, on the other hand, are second in the table with seven points from as many games. Luck favoured them as rain made sure that they beat the Peshawar Zalmi by seven runs (DLS Method).

The pitch in Rawalpindi has been a bowler’s nightmare thus far. Batting has been way too easy and the bowlers will have to perform out of their skins to keep a check on the run-scoring. Scores in the 180 region should be a must for the teams. There will be chances of rain throughout the day and there could be interruptions. The temperature will be around the 17 degrees Celsius mark.

Shadab Khan has emerged as the leading run-scorer for the United, scoring 237 runs in seven games at an average of 47.40. He is high on confidence after the 42-ball 77 last time. Luke Ronchi is in excellent form, having scored 248 runs. Even Colin Munro has 223 runs with a top score of 87*.

The rest of the batting hasn’t had much to do until now. Faheem Ashraf has seven wickets, but has leaked runs at an economy of 10.83. Rumman Raees has also impressed with five wickets. Dale Steyn has been economical. Shadab needs to get more amongst the wickets, having picked five wickets.

The Sultans’ batting has mostly been led by Rilee Rossouw and Shan Masood. Even as Rossouw has 189 runs with an unbeaten century to his name, Masood has 183 runs at 30.50. Moeen Ali has 123 runs to his name and he is in form. Zeeshan Ashraf has also been decent at the top of the order.

In bowling, Imran Tahir has led the charts with eight wickets at an economy of 7.52. The veteran has gotten decent support from Mohammad Ilyas and Sohail Tanvir with six and seven wickets respectively. Shahid Afridi has flourished in the very limited opportunities he has gotten thus far. 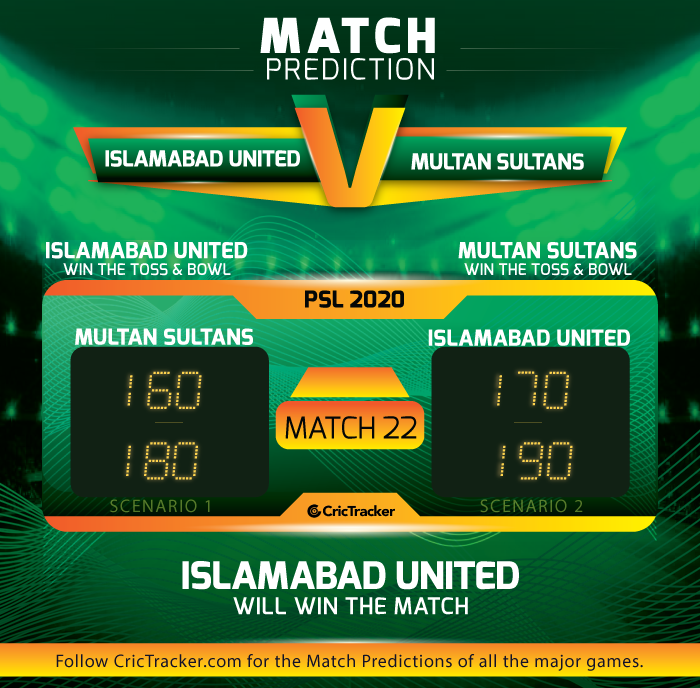