Ben Dunk is in red hot form with the bat. He has so far scored 266 runs in seven games with the help of two half-centuries.

The 29th match of the Pakistan Super League (PSL) 2020 between Multan Sultans and Lahore Qalandars at the Gaddafi Stadium in Lahore.

The tournament has taken a massive shift from playoffs to semi-final format due to COVID-19. Qalandars are currently on the fourth position and they will have to win their upcoming clash in order to qualify into the semi-finals. Their winning streak of three games came to its end in the previous game against Karachi Kings. However, now they will have to get back on the winning track. They have a strong batting line up that comprises of Chris Lynn, Fakhar Zaman and Sohail Akhtar, who have shown some glimpses of their good form in the last couple of games.

Multan Sultans are leading the table with 14 points and have already qualified for the semi-final stage. So, they have nothing to lose but everything to gain. Moreover, they managed a convincing win against Peshawar Zalmi in the absence of their star players like Rilee Rossouw and James Vince, who have returned back to their country due to COVID-19 pandemic. Now, they would be eager to end their group stage on a high note.

The weather forecast says that the it will be a cloudy day with no chances of rain on the matchday. The wind will be blowing at a rate of 9 to 13 km/hr whereas the temperature will hover between 11 and 24 Degree Celsius throughout the day according to Accuweather.

The track at Gaddafi Stadium has so far gone in the favour of batsmen. The bowlers will get some assistance in the first half of the game. But, later on, the batsmen can take the charge against bowlers without much hassle. In the last five games, the chasing side ended up winning on majority of the occasions.

Ben Dunk is in red hot form with the bat. He has so far scored 266 runs in seven games with the help of two half-centuries. He should be picked in any fantasy team. Chris Lynn and Shan Masood will be the other obvious pick for any fantasy team. Sohail Tanvir and Dilbar Hussain will be vital for any Dream11 Fantasy team from the bowlers’ category. 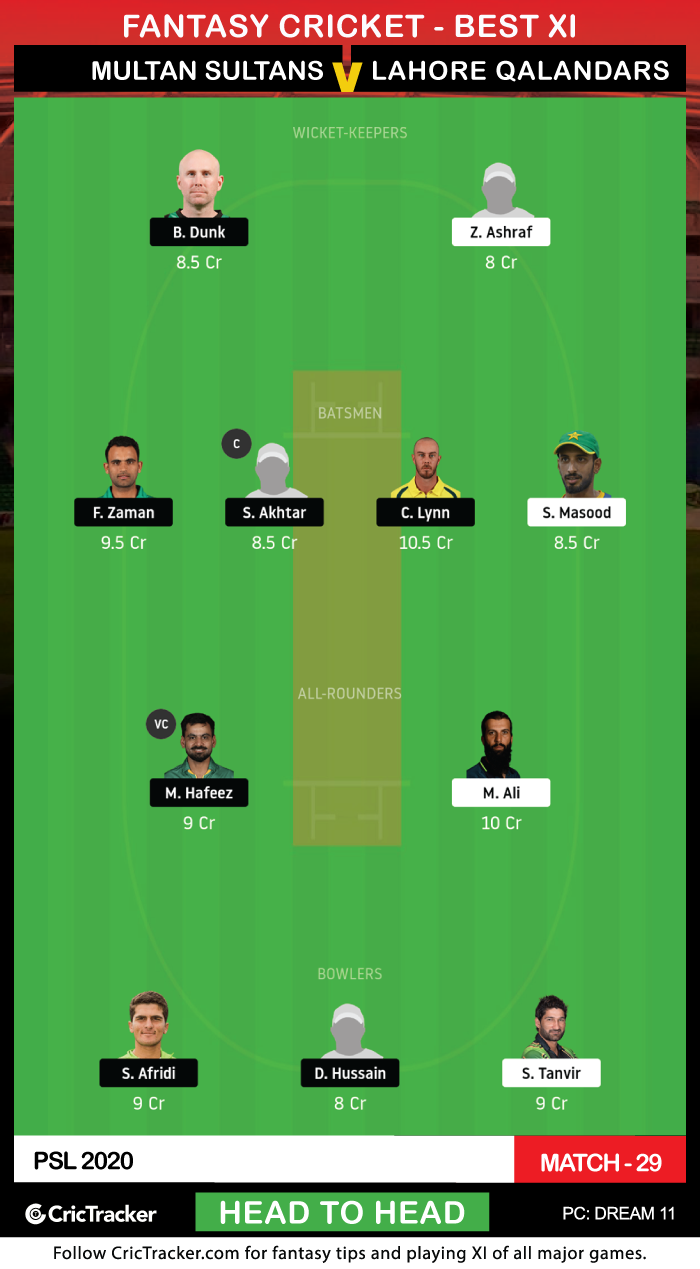 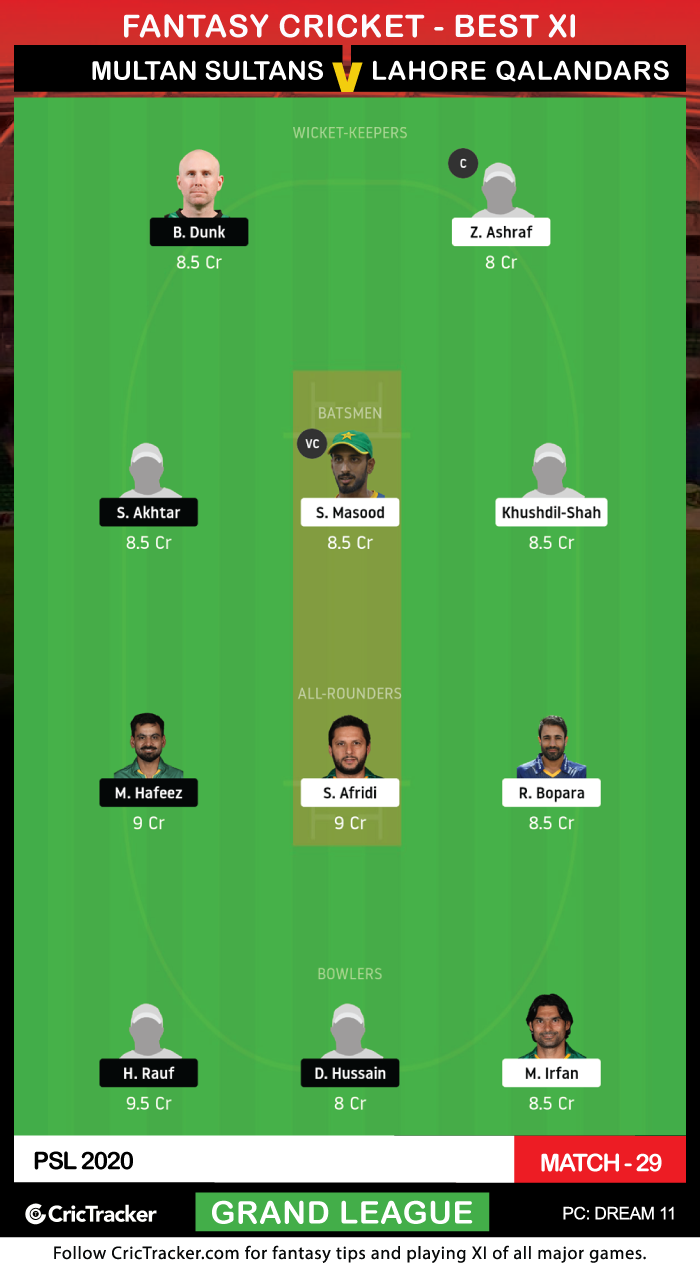 Many overseas players have already left their respective teams due to COVID-19 threats and there is still an update to come over some players like Chris Lynn, Ben Dunk if they are leaving ahead of the match or not. So, it will be wise for the user to wait for the confirmed XI that will give a clear picture of the presence of overseas players.

Note: 51% of the users have picked James Vince in their fantasy team but he has already left for his country. So, try not to make a mistake of picking him in the fantasy team.

Multan Sultans look like a very strong team and going by form, they are the favourites in this contest.