Babar Azam and Imad Wasim are the two most valuable players for Karachi.

The 30th match of the Pakistan Super League (PSL) 2020 between Karachi Kings and Quetta Gladiators at the National Stadium in Karachi.

With the conclusion of this match, the league stages of the Pakistan Super League 2020 will be over. Due to the precaution from coronavirus, the tournament’s business suffered a setback. The playoffs have been now replaced by two semi-finals, followed by the final.

So basically no team finishing on the top two spots will get the benefit of getting two chances to get to the final. With all the teams still in a position to qualify, Karachi Kings is in a better position of the two. Quetta is still lying at the last position and has to win this match at any cost to qualify. Karachi, on the other hand, has almost sealed a spot.

But something from which Quetta will draw confidence is the fact that during leg 1, Sarfaraz and his men had toppled Karachi. Though the win had come three weeks ago, National Stadium had hosted the match. Kings would try and look to take revenge on that loss during the re-match. Karachi will also like to finish with a win to take the momentum into the penultimate stage of PSL 2020.

Karachi’s weather will be quite good on Sunday and won’t cause any problems to the teams. The temperatures might be as low as 22 degrees during the evening. According to the AccuWeather report, there are no chances of rainfall during the match.

Karachi has a turf that suits batsmen but that really hasn’t been the story so far in this tournament. There hasn’t been a day in Karachi this season on which we saw low scores. There has been a good match up between the bat and the ball during the matches here. The same will continue should the Karachi team wants to keep their winning run going on.

Alex Hales of Karachi Kings has decided to go home back in order to stay away from coronavirus. His English teammates, Jason Roy and Tymal Mills, who are playing for Quetta Gladiators have also decided to return home.

Ben Cutting has been delivering at the right moments for the Quetta Gladiators but the team hasn’t really found success profoundly. A batting strike rate of 192 and 8 wickets with the ball to go with it makes him a good choice. Mohammad Nawaz is another player to have contributed in both departments.

Babar Azam and Imad Wasim are the two most valuable players for Karachi. Both of them could be a great choice, especially Babar. The no. 1 T20I batsman in the world, Babar walks into any Dream11 team if he is playing as he has scored 294 runs in this season so far. Mohammad Amir could also be a good choice. 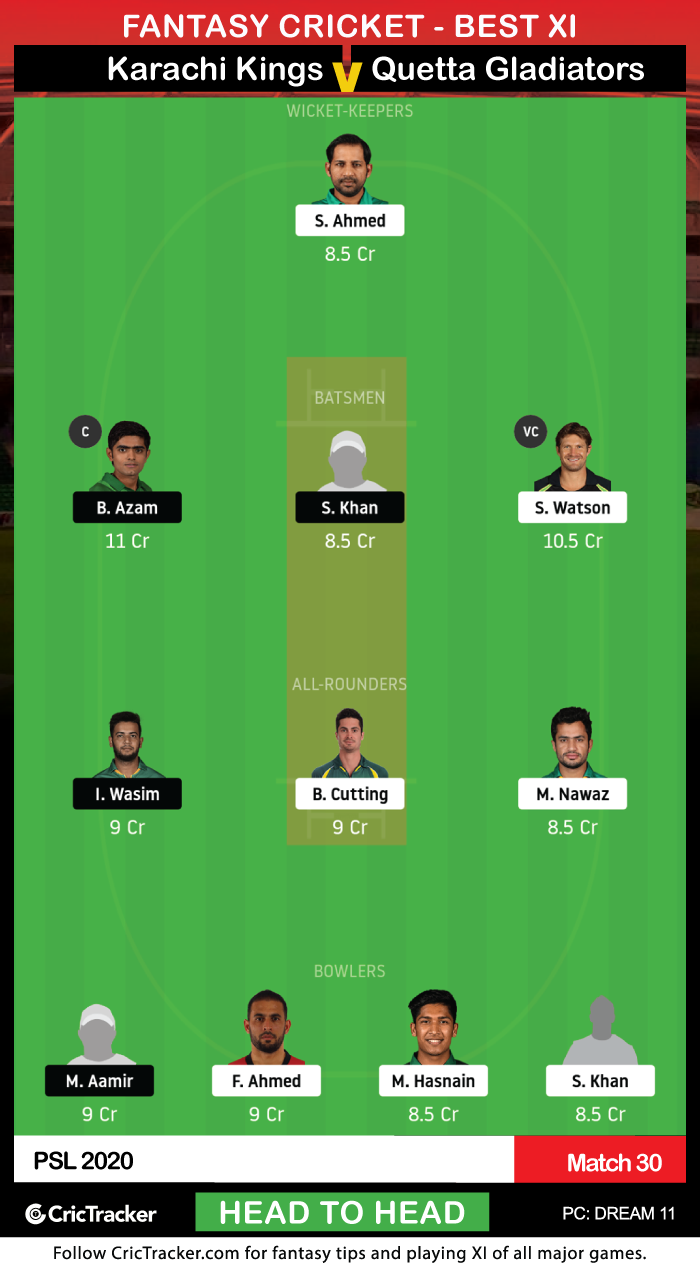 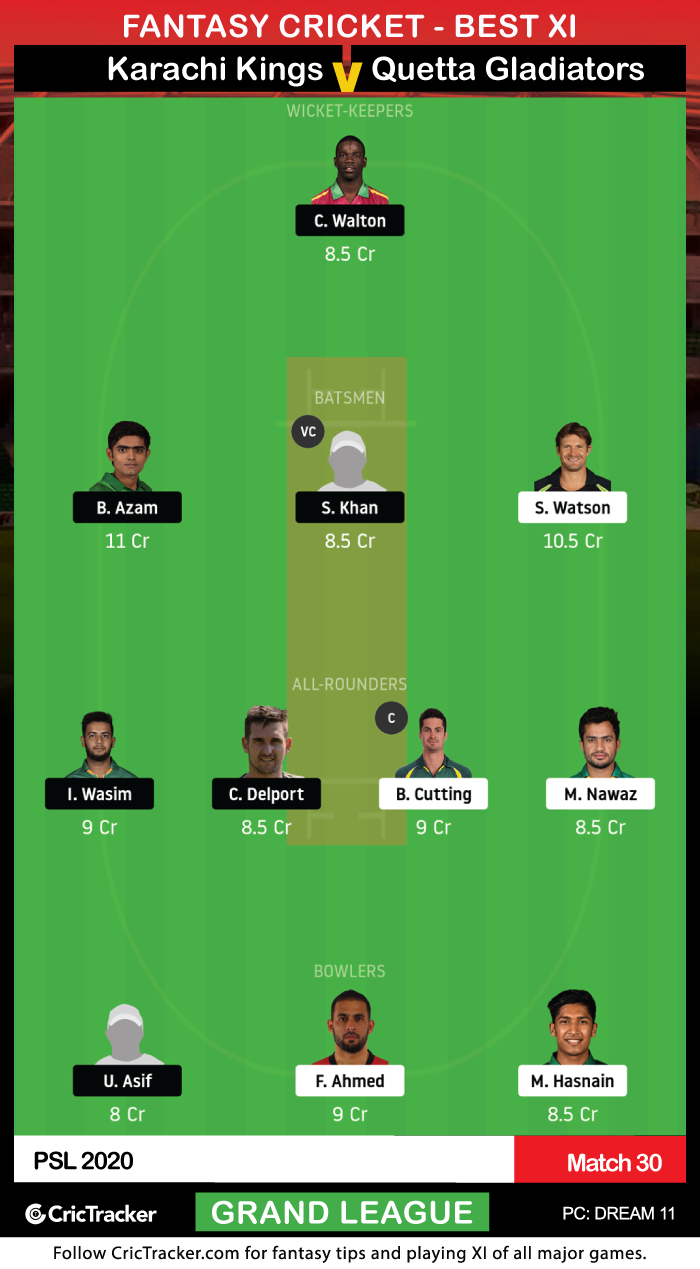 Make sure you don’t pick the players who have already decided to not continue their participation in the league. Babar Azam and Shane Watson are must-haves as far as your team goes. Mohammad Hasnain and Ben Cutting are in form and are worthy picks.

Purely going by form and performance so far, Karachi Kings look to edge past Quetta Gladiators.