Colin Munro is the leading run-scorer for the United with 193 runs at an average and strike rate of 96.50 and 175.45 respectively.

Islamabad United have been on a rampage in the 2021 edition of the Pakistan Super League (PSL). The team, captained by Shadab Khan, has won three matches in a row and is sitting pretty on top of the points table with 12 points from eight games.

Their net run rate stands at an impressive 0.932. Their next game is against the Peshawar Zalmi, on Thursday, June 17 and a win will confirm their berth in the playoffs.

The Zalmi, on the other hand, are high on confidence after their six-wicket win over Karachi Kings on Tuesday. Since it’s their last league game, they would be hoping for a victory.

The pitch in Abu Dhabi has had everything for the batters and bowlers in nearly equal proportion. The spinners have extracted a fair amount from the surface and the batsmen have been able to play their strokes without nurturing any inhabitations. Both teams have chased well and hence, batting second should be the way forward.

Playing combination for ISL vs PES

Colin Munro has been exceptional for the United and is one of the major reasons behind the United’s three-match winning streak. In four matches, the left-hander has notched 193 runs at an average and strike rate of 96.50 and 175.45. He already has a score each in the 80s and 90s and is in good form. If he gets going, the Zalmi could end up chasing leather.

Wahab Riaz has been impressive for the Zalmi and has led the bowling attack from the front. He is one of the primary reasons behind his team’s decent run in the tournament. In eight matches, the left-arm fast bowler has picked up 14 wickets at an economy rate of 8.70. The southpaw can’t afford to drop his guard against an in-form United batting order. 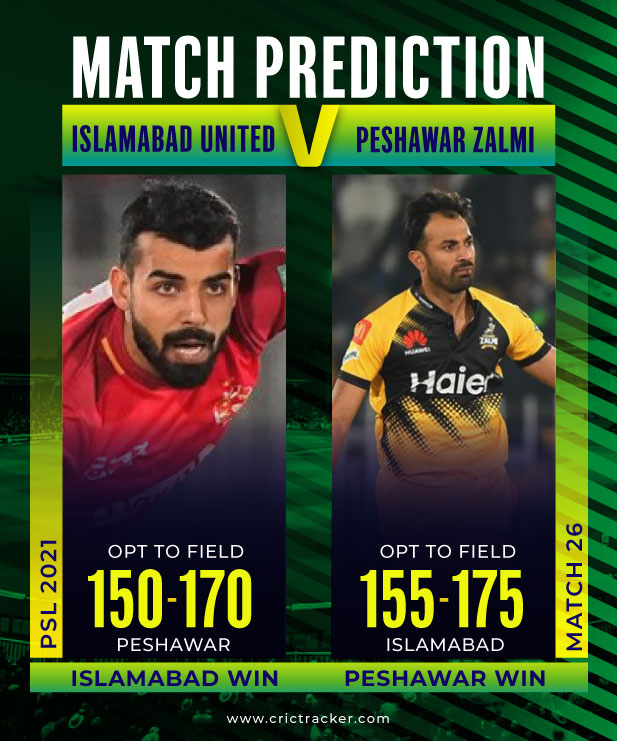