Babar Azam can be the captain even in 1 vs 1 Challenges. 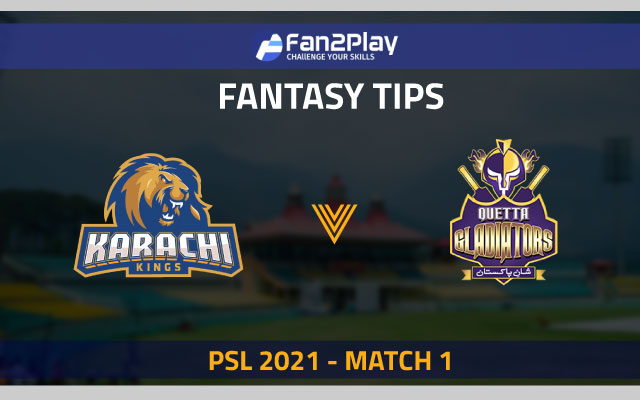 The 1st Match of the Pakistan Super League (PSL) 2021 season will be played between Karachi Kings and Quetta Gladiators at the National Stadium in Karachi.

This match will start at 7:30 PM IST (7 PM local time). It will be live on Sony Sports Network and can be streamed on Sony LIV.

The sixth edition of the Pakistan Super League (PSL) is set to commence on Saturday in Karachi. 20% crowd is also set to return for the PSL in Karachi and some of the top T20 superstars will be making their presence felt during the tournament. Babar Azam will feature for the defending champions Karachi Kings and will be playing under Imad Wasim’s captaincy this season as well.

Sarfaraz Ahmed will be leading the Quetta Gladiators’ side again and the Universe Boss Chris Gayle is set to make his comeback in the PSL. Ben Cutting and Cameron Delport are the other top overseas players in the Gladiators team. The game against the champions of the last season won’t be easy for them but the Quetta side seems capable of starting the season on a high.

There is no doubt that Babar Azam is one of the best players in the world currently and he is definitely the best captain option available for this match. He has played a total of 165 T20 matches in his career so far amassing 4498 runs at an impeccable average of 44.16 and a strike-rate of 127.63. Babar has also scored four centuries along with 46 half-centuries and has the ability to play out the whole 20 overs which is the best when it comes to Fantasy cricket.

Colin Ingram is certainly a veteran when it comes to T20 cricket and his presence in the Karachi Kings line-up has bolstered their batting too. He has so far featured in a whopping 275 T20 matches and is on the cusp of completing 7000 runs in the format. His strike-rate of close to 140 while batting in the middle-order is certainly appreciable and Kings will be looking to bank on him in the middle and death overs. 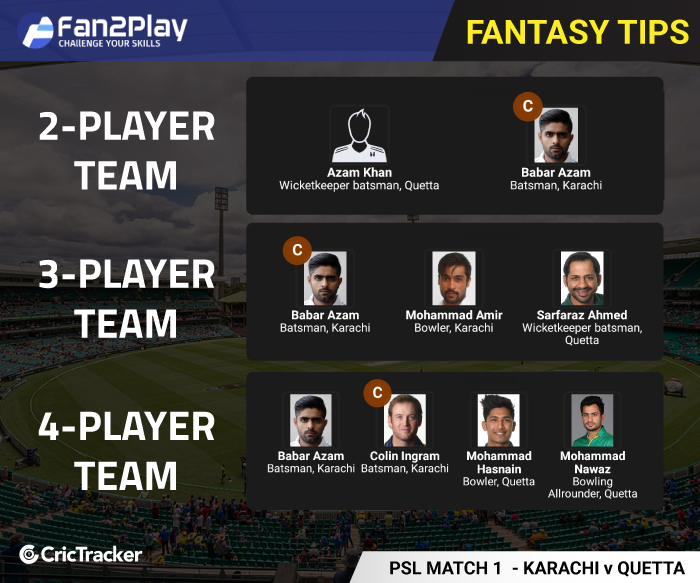