You can try Shaheen Afridi as a multiplier in anyone of your Dream11 Fantasy teams. 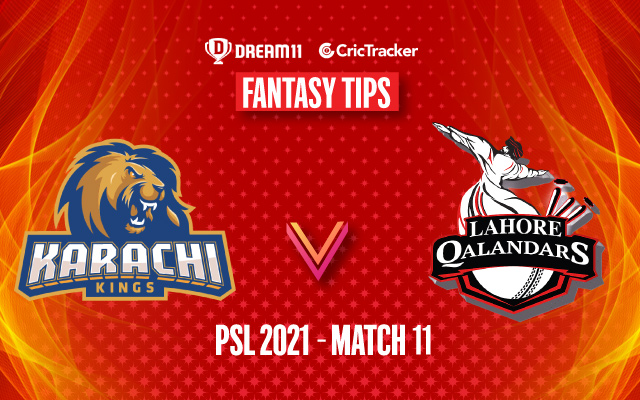 The 11th match of the Pakistan Super League 2021 will be played between Karachi Kings and Lahore Qalandars on 28th February at National Stadium in Karachi.

Karachi Kings will lock horns against Lahore Qalandars in the 11th match of the Pakistan Super League 2021 on Sunday. Karachi Kings will come into this match in high spirits, as they chased down a big target of 196 in their last match against Multan Sultans. They are placed at the top of the points table, having won two out of the three matches they played so far.

On the other hand, Lahore Qalandars lost their last match against Multan Sultans by 7 wickets. They are placed at the 3rd spot on the points table, having won two of three matches they played. They will be eager to win this match and get two valuable points to their account. We can expect another high-scoring game on Sunday.

It will be a sunny day here in Karachi on Sunday with the temperature hovering around 24 degrees Celcius during the match time. There is no chance of precipitation for this match.

The pitch here at National Stadium is flat batting wicket. It only gets better to bat on as the match progresses. Bowlers will have to bowl tight lines and length on this kind of track. Chasing should be a preferable option in this venue.

188 (Last 5 matches of this tournament played on this venue)

Mohammad Hafeez is the leading run-scorer for Qalandars in this season. He has scored 166 runs at a strike-rate of 176 in his 3 outings. He is the perfect captaincy material for your Dream11 Fantasy side.

Fakhar Zaman is another good captaincy option from the batsmen, as he has scored 106 runs at an average of 53. He can score a big knock in this upcoming match.

Babar Azam has been in brilliant form this season so far. He is currently the leading run-scorer for Karachi Kings, having scored 176 runs at a strike-rate of 130+. He scored a match-winning knock of 90*(60) in the last match against Multan Sultans.

Joe Clarke scored 54 off just 24 deliveries at a brilliant strike-rate of 207 in his last game. He is a hard-hitter of the ball and can score some quick runs for your team.

Arshad Iqbal has been in decent form with the ball for Karachi Kings. He has scalped 6 wickets in 3 matches at an economy of 7.45 runs per over.

Also Read – Pakistan have got nothing against the 2021 T20 World Cup being held in India: Ehsan Mani 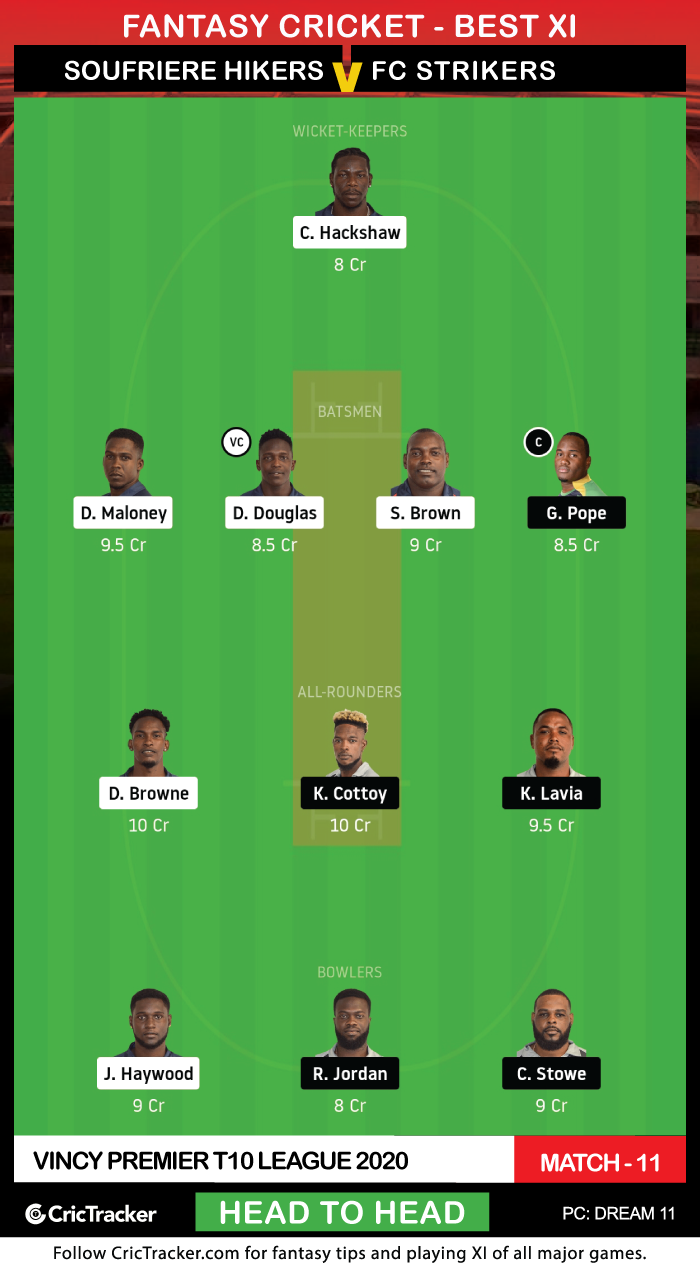 You can try Shaheen Afridi as a multiplier in anyone of your Dream11 Fantasy teams as he has done a commendable job with the ball. The young pace gun has scalped 6 wickets in just 3 innings.

Karachi Kings are expected to win this match.