Ahmed Daniyal can be a good budget pick at 8 credits. 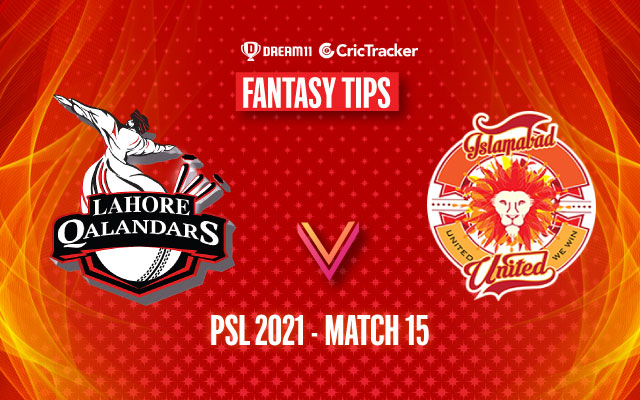 The 15th match of the Pakistan Super League 2021 will be played between Lahore Qalandars and Islamabad United on 4th March at National Stadium in Karachi.

Lahore Qalandars will take on Islamabad United in the 15th match of the Pakistan Super League 2021 on Thursday. Both the teams have lost only one game so far and are placed in the top half of the standings. Lahore Qalandars were impressive in their previous game against defending champions Karachi Kings, where they chased down a huge target of 187 with 6 wickets in hand and 4 balls to spare. They are currently placed in the third position in the standings with 6 points.

Meanwhile, two-time champions Islamabad United’s journey in this season has been a successful one, except for their terrible loss to Peshawar Zalmi by 6 wickets. So far, they have won 3 and lost 1 match and are holding 2nd spot in the standings with 6 points. They are coming into this game on the back of a brilliant win against the Quetta Gladiators by 6 wickets. It will be a huge morale booster for them. Islamabad United came out on top in their previous five meetings against Lahore Qalandars and they all set to make it 6-0.

It will be a pleasant evening in Karachi with the temperature ranging between 26 and 24 degrees Celsius and the humidity will be 59. There is no chance of precipitation for this match.

The surface hasn’t changed a bit till now. Batsmen can trust the bounce and play accordingly, while bowlers need to be very sharp in their line and length, especially in the second half of the match. The team batting second hasn’t lost a match till match 12, and hence, whoever wins the toss should bowl first.

Fakhar Zaman was the match-winner for Lahore Qalandars in their run-chase against Karachi Kings, where he scored 83 runs from 54 balls. He is the leading run-scorer for his side with 189 runs in 4 matches.

Veteran all-rounder Mohammad Hafeez is showing that a lot of cricket is still left in him. He has scored 2 half-centuries in this competition. Overall, he has scored 181 runs in 4 matches at an average of 90.5, with an incredible strike rate of 175.72.

Shaheen Afridi was the player of the match in the previous game against Karachi Kings for his bowling performances. He picked up 3 wickets by conceding 27 runs in 4 overs. Overall in this competition, he has scalped 9 wickets at an economy of 7.06 runs per over.

Paul Stirling stole the show in the powerplay against Quetta Gladiators by scoring 16 runs in an over of Dale Steyn. He bought up his half-century in only 21 balls and got dismissed for 56 runs in the end.

Faheem Ashraf was rewarded with the man of the match award for his brilliant spell of bowling in the last game against Quetta Gladiators. He picked 3 wickets by conceding 11 runs in his full quota of 4 overs. He is a good striker of the ball as well. 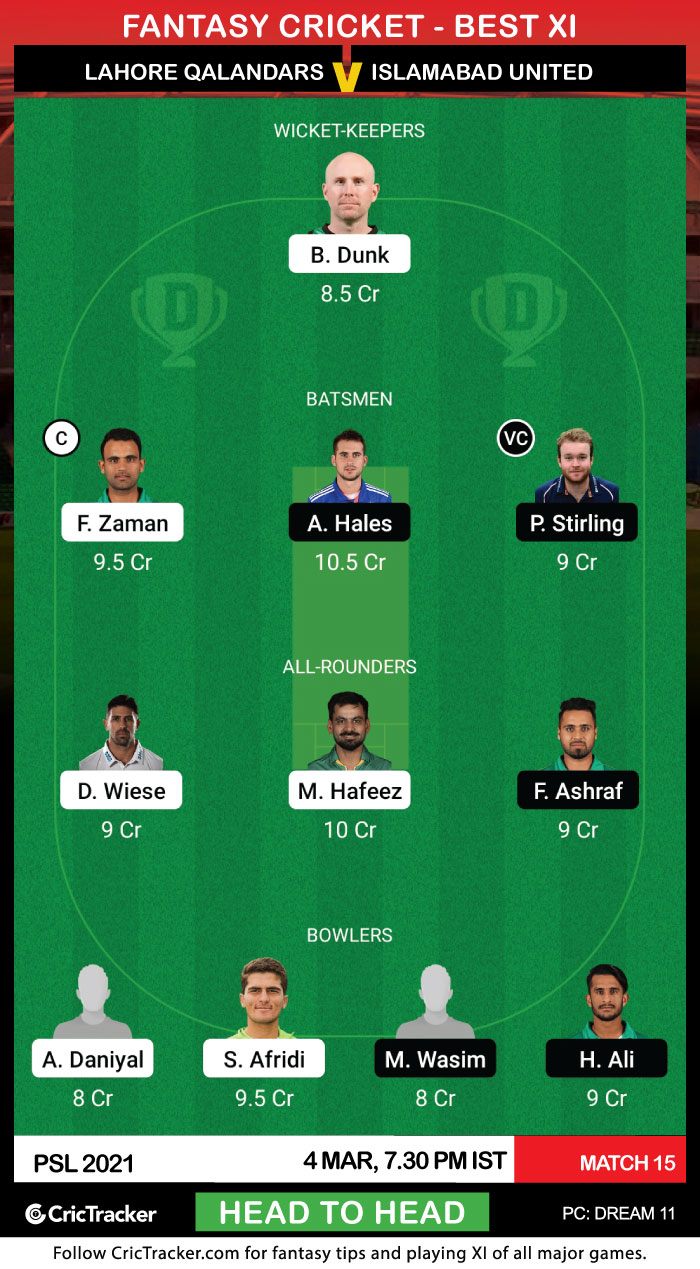 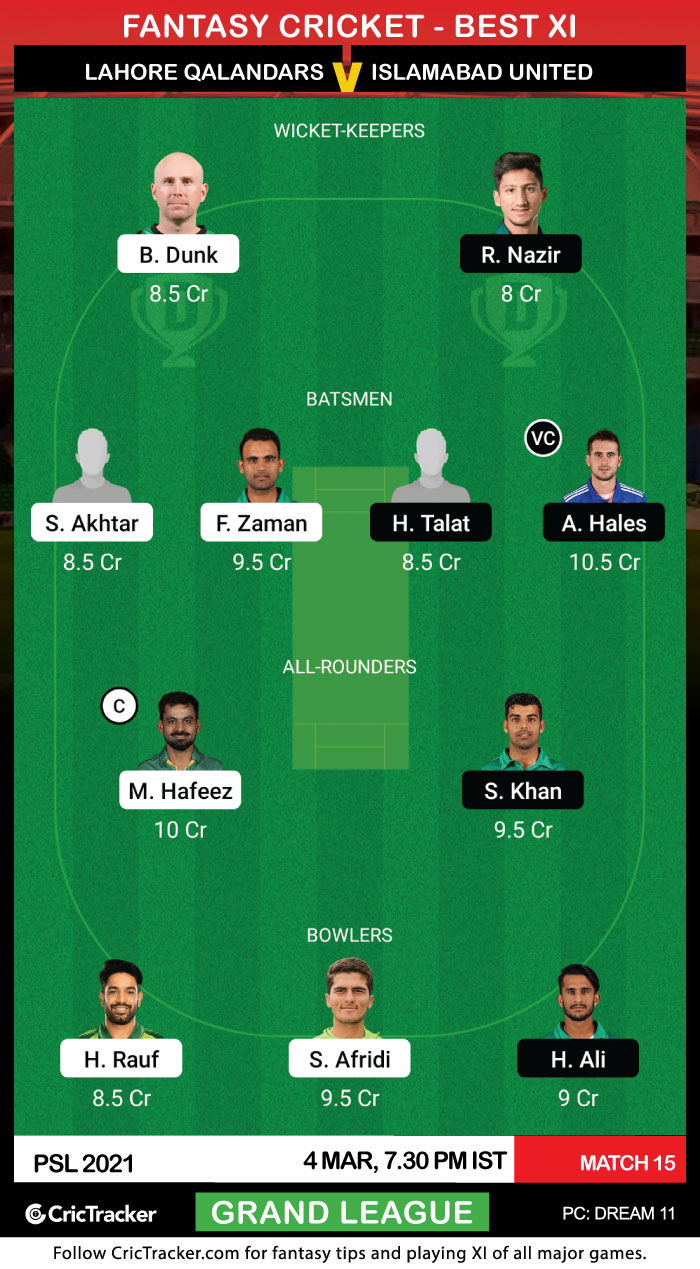 Ahmed Daniyal can be a good budget pick at 8 credits. He has taken 2 wickets in this competition already.

Lahore Qalandars are expected to win this match.