Sharjeel Khan and James Vince are in scintillating form with the bat. 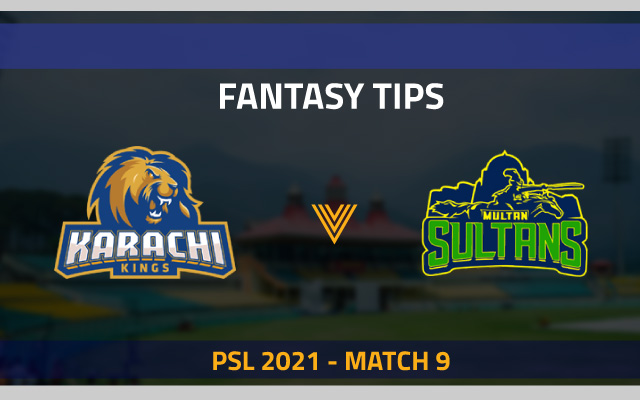 The 9th Match of the Pakistan Super League (PSL) 2021 season will be played between Karachi Kings and Multan Sultans at the National Stadium in Karachi.

This match will start at 2:30 PM IST (7 PM local time). It will be telecasted on Sony Sports Network and can be streamed live on Sony LIV.

The defending champions Karachi Kings will be pumped up after losing their previous match against Islamabad United even after scoring a huge total. With Sharjeel Khan scoring a hundred and Babar Azam coming back to form, Karachi would feel in safe hands ahead of the third match. However, their bowling has been a worry. Apart from Mohammad Nabi and captain Imad Wasim, Karachi’s bowling was questionable in the last encounter and would look for some improvement going into this crucial game.

Multan Sultans, on the other hand, should feel unlucky after losing the previous match against Peshawar Zalmi even after scoring 193 for 4. Interestingly, both the teams have struggled with their bowling and failed to defend a big total, which can be demoralising for the bowling unit as a whole. With James Vince and captain Mohammad Rizwan in top form with the bat, they would be looking at the bowling unit to respond with some fire in this match.

Sharjeel Khan’s batting was being questioned before this season of the PSL. But, in only his second match, he smashed 105 runs from just 59 balls. His innings was a classic display of power-hitting and had nine fours and eight sixes. With the match being played at the same venue, we can expect another similar knock from his end even in this match.

James Vince had arrived in Pakistan on the back of consecutive 90+ scores in the Big Bash League 2020-21 finals. After failing to put up a similar display of batting in the first match, the Multan no.3 came back and showed his class in the second innings. He scored 84 runs from 55 balls, proving his worth with the bat. He hit nine fours and three sixes and might be seen adding some more to his tally against Karachi Kings. 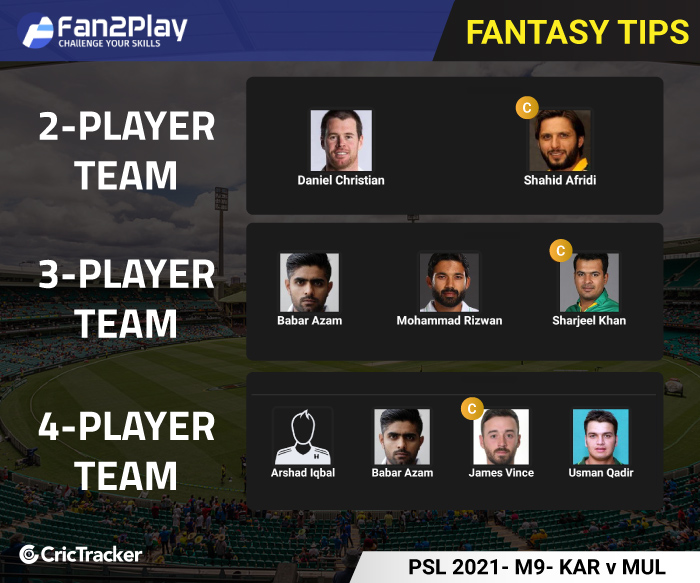 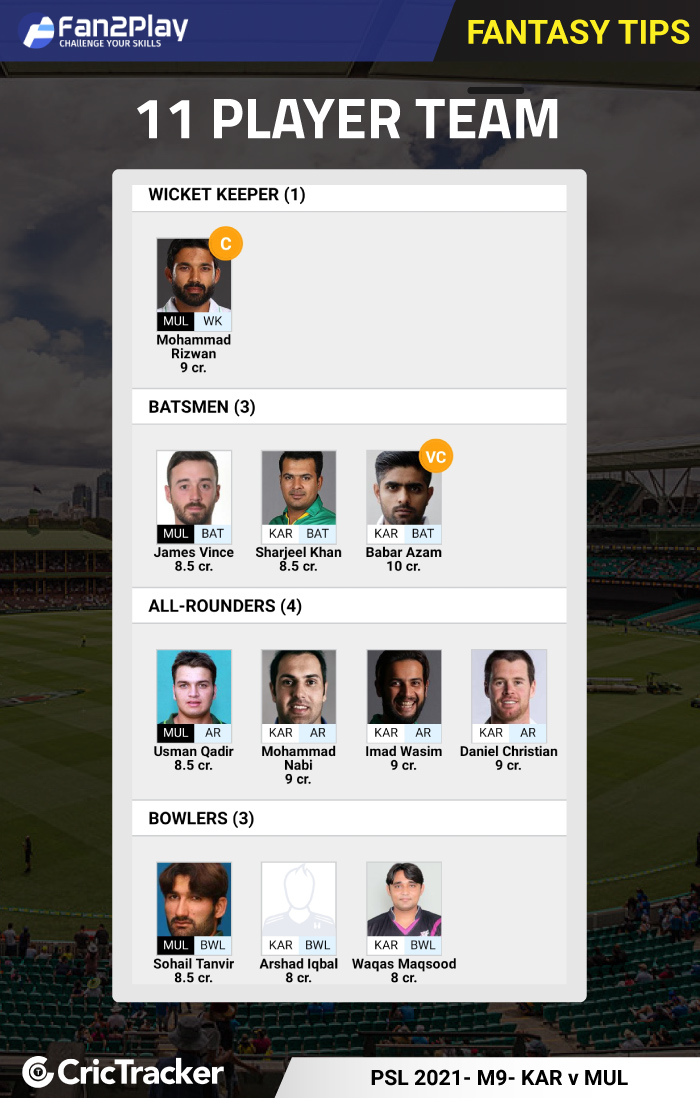