Mohammed Rizlan has aggregated 94 runs in three matches at a strike rate of 200.

The 12th match of the Qatar T10 League 2019 will be played between Falcon Hunters and Pearl Gladiators at the West End Park International Cricket Stadium in Doha.

The Falcon Hunters cruised to their 3rd win in four matches to have a chance of qualifying for the knockouts. They registered a record 10-wicket win on Thursday where they bundled out Flying Oryx to 45 runs. They will now be up against Pearl Gladiators who are yet to win a match in the tournament. The Gladiators’ campaign began in the tournament opener but have featured in only one match since then as another game ended without a result. They need to win their remaining two matches by big margins to have a chance of making it to the playoffs.

The weather forecast suggests clouds around the ground on Friday night but no chances of rain.

The pitch at the West End Park has been slightly on the slower side over the last couple of days as two matches are played every day. However, the effect of the pitch is not seen if the teams take up an attacking approach and forget the rest. The last couple of days recorded totals of 150 and 130. At the same time, totals of 45 and 66 are also witnessed.

Mohammed Rizlan has aggregated 94 runs in three matches at a strike rate of 200. Amad Butt recorded the best bowling figures in Qatar T10 on Thursday where he took three wickets without conceding a run.  Ajantha Mendis took two wickets on Thursday which was his first game of the season and also scored few runs. Taimoor Sajjad has a brilliant record across all formats for Qatar, especially in the T20s. 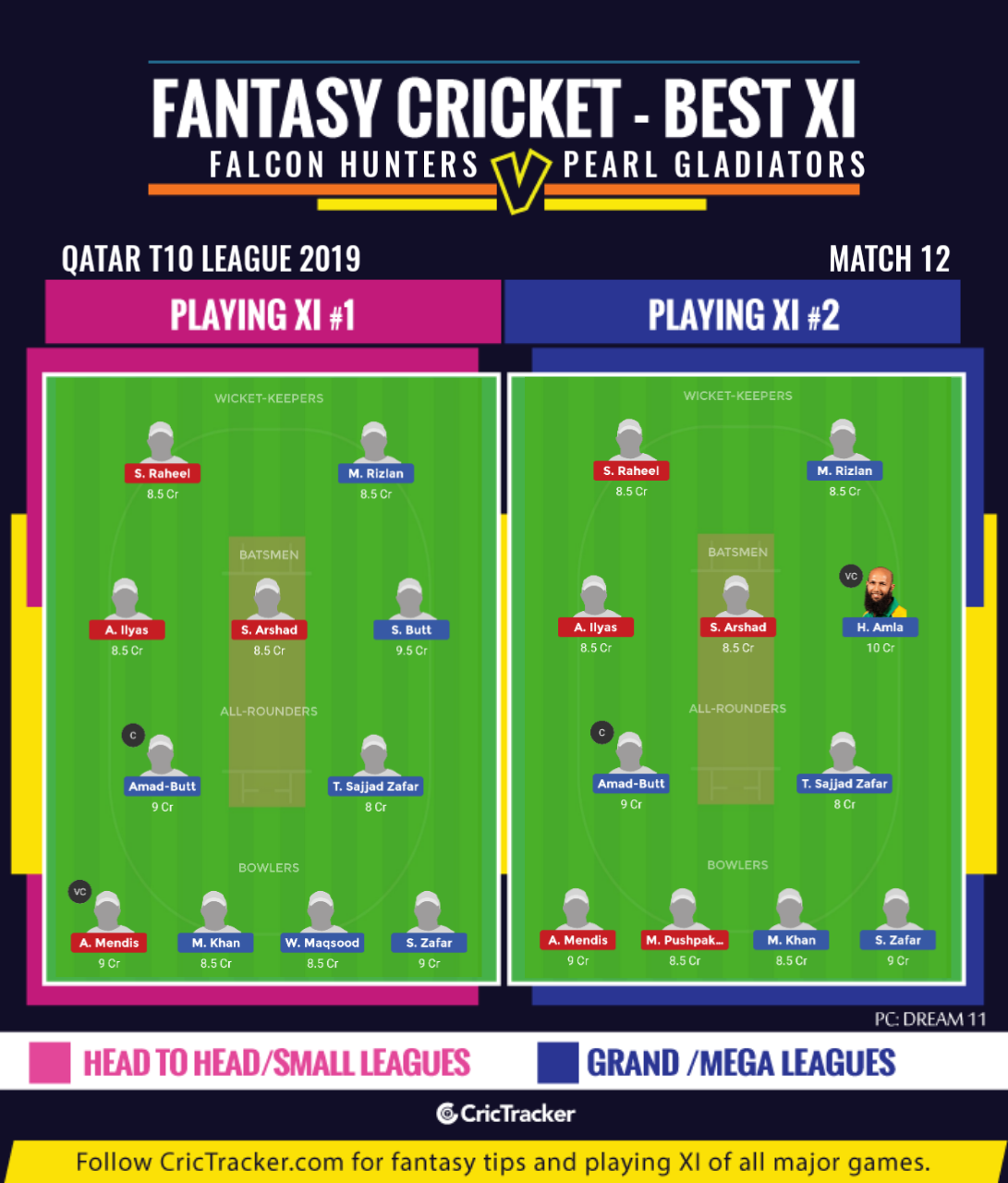 Falcon Hunters are expected to continue their winning streak.