Talking about Khyber Pakhtunkhwa, they got a good lead in their first innings while chasing the total of 463 runs posted by Balochistan. They bat deep and scored plenty of runs, but had to be satisfied with a draw. On the flip side, there are positive aspects as well. Nabi Gul and Khalid Usman both scored centuries in the last battle against Balochistan. They are third in the league table with 40 points.

The track at this venue has been good for batting so far in this competition and we will witness the same in the upcoming games. The bowlers have to be patient on this batting-friendly surface and need to bowl consistently in the right areas.

IPL 2022: 5 retained players who could have been bought at a lower price in mega auction

IPL 2022: 5 released wicketkeepers who can earn big bucks in the mega auction

Abid Ali is in kind of form in this Quaid-e-Azam tournament. Including a fifty and three hundred, he has mustered 611 runs at an average of 122.20 from his four outings.

Zafar Gohar will be a good pick for your fantasy team. He is the second-highest wicket-taker of the competition, having picked up 16 wickets for his side.

Shahibzada Farhan is in awesome form with the bat in this tournament. In 6 innings, he notched up 547 runs at an average of 109.40, with the highest score of 163.

The skipper of Khyber Pakhtunkhwa, Khalid Usman is a must pick your fantasy team. He has scored 184 runs, while also picking up two wickets with the ball. 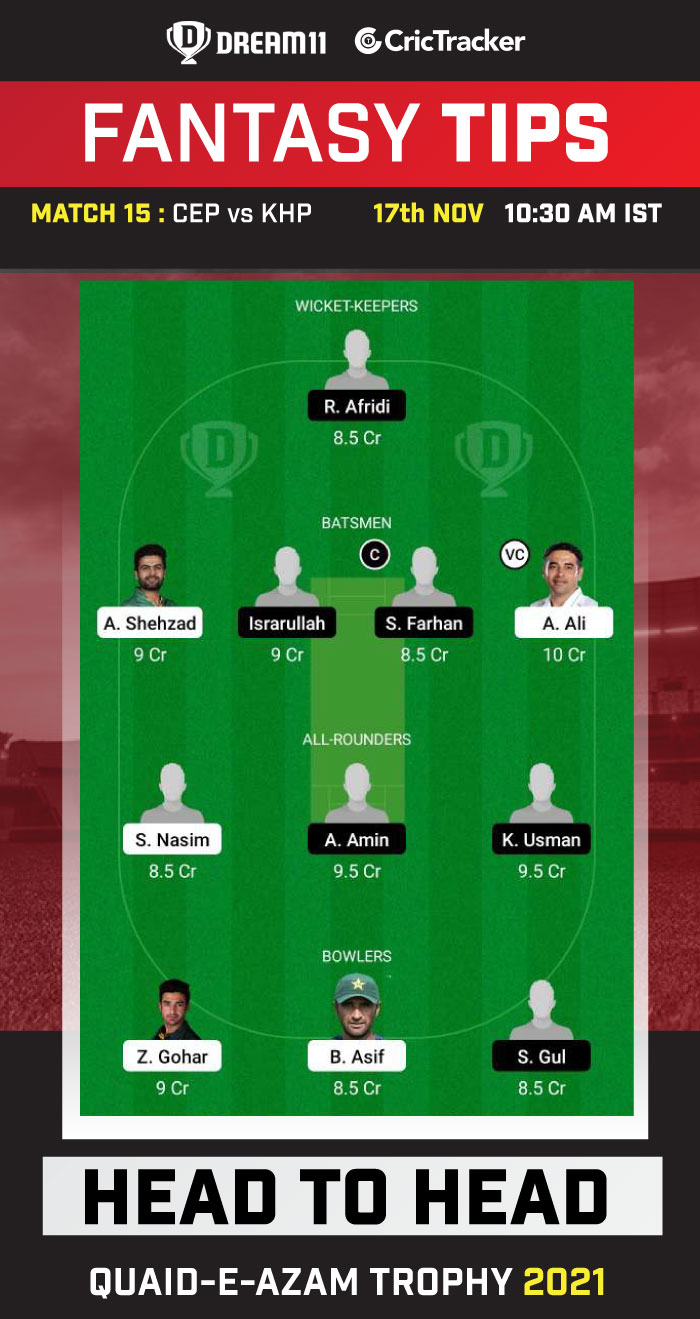 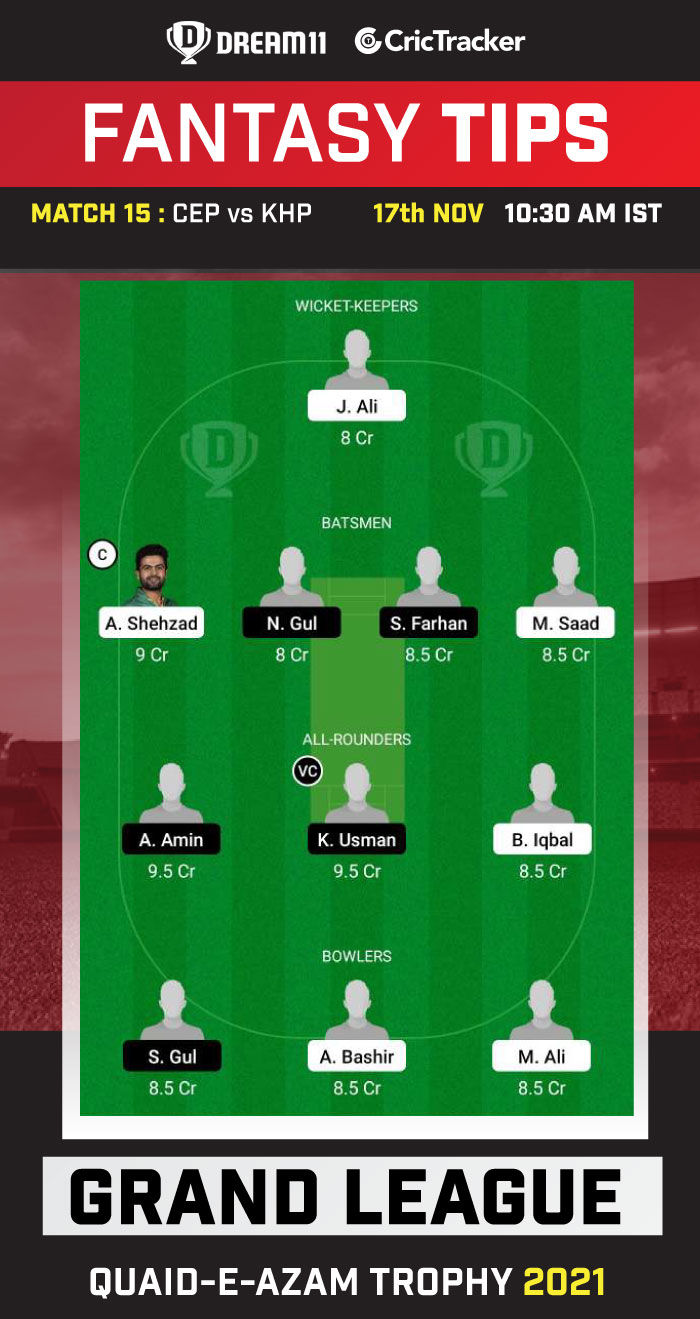