Southern Punjab has a good record against Balochistan.

Balochistan will go one on one against Southern Punjab in the 4th match of the Quaid-e-Azam Trophy 2021. Balochistan had a good outing in their first game against Sindh where the match ended in a draw, however, they took 1st innings which has given some sort of confidence for them. Openers did an excellent job in the first innings and their role will be crucial in this match as well.

Southern Punjab were in the game till the 4th day of the match against Central Punjab in their opening encounter. Despite conceding 1st innings lead, they fought hard till the end and managed to draw the match. There are many aspects on the brighter side which they need to look up to and come back stronger in this match.

It’s an absolute belter of a track for batting. Having said that the spinners will be handy on this sort of wickets. Winning the toss and batting first is a good option here.

Imran Butt played exceptionally well in both innings against Sindh. He scored 104 and 59 in the 1st and 2nd innings respectively. He is a class act and a must-buy for your fantasy teams.

Imam-ul-Haq just missed his century in the last game against Sindh where he got out for 97 runs in the 1st innings. He has got a great temperament which will come in handy in this match.

IPL 2022: David Warner hints at his participation in mega auction after SRH snub

Zain Abbas batted extremely well in the 2nd innings for his 85 runs in the last game against Central Punjab. Overall, in 2 innings combined he has added 92 runs.

Tayyab Tahir is a useful pick for your fantasy teams, he took his time and scored 79 runs in the 1st innings against Central Punjab.

BAL vs SOP Must Picks for Dream11 Fantasy Cricket: 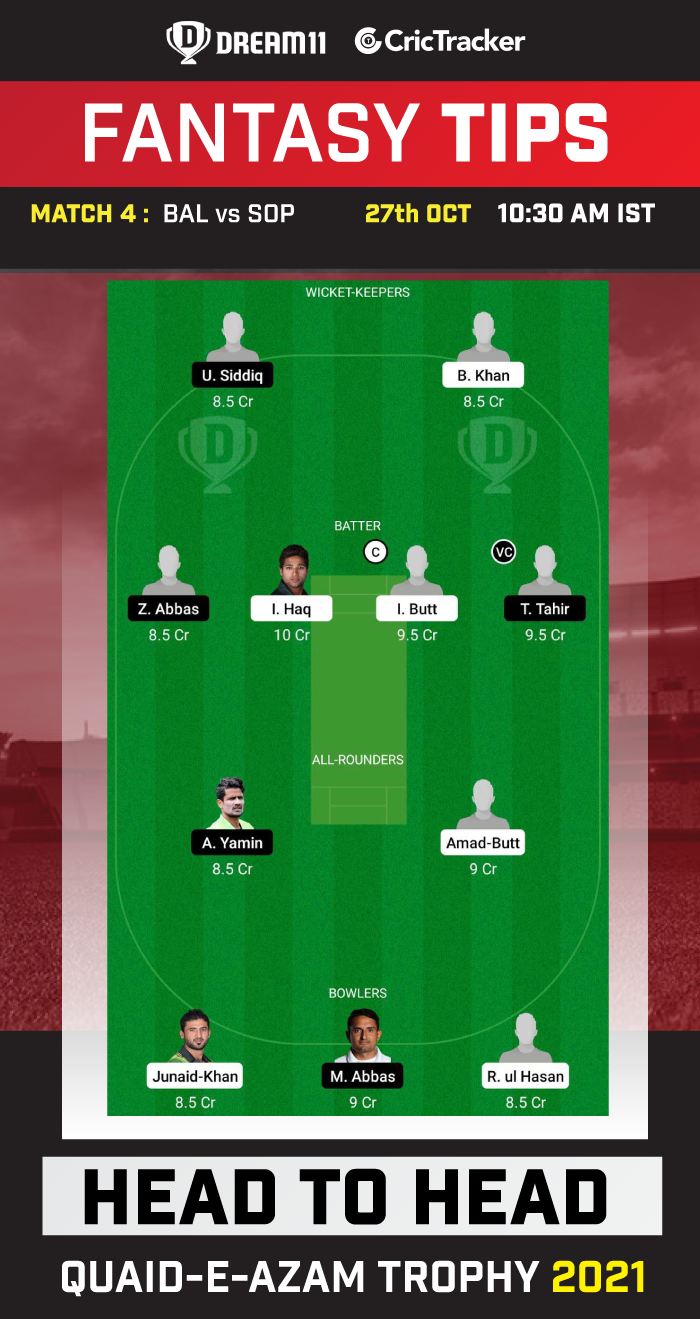 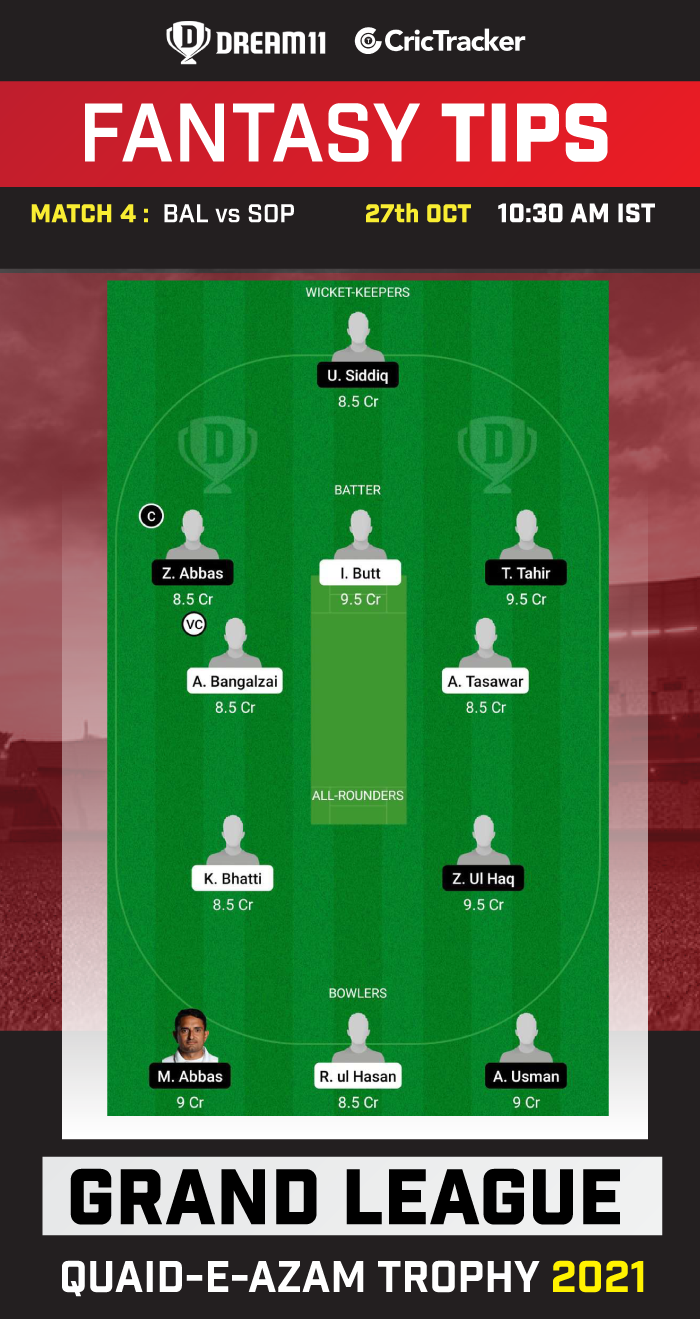