Mohammad Nawaz is a useful all-rounder who is underrated at times. 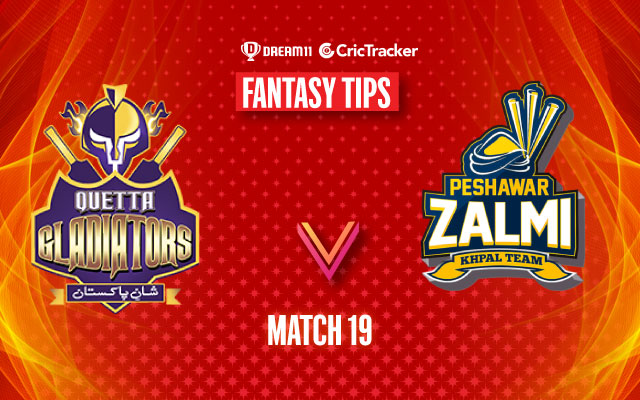 Playing their first game in the 2nd leg of the tournament, Quetta Gladiators were thrashed by Islamabad United by 10 wickets. Gladiators were not able to score runs at a decent rate, which made them settle for the low score. They are still struggling at the bottom of the table with only 2 points.

Despite Shoaib Malik’s 73 runs from 48 balls, Peshawar Zalmi faltered in the run-chase against the Lahore Qalandars, as they lost the match by 10 runs. Currently, they are at the 4th spot in the standings with 6 points.

It’s not easy for the batters to come and strike the ball from the ball one. The bowlers will get good help from the surface. Anything between 170-180 is a good score on this wicket.

Also Read: I don’t talk much with Mahi bhai, he knows that I’m a quiet and shy guy: Ruturaj Gaikwad

Faf du Plessis wasn’t able to carry the same form of the IPL as he was dismissed for just 5 runs against Islamabad United. That being said, the former South African skipper has got plenty of experience and it’s just a matter of time for him to get back.

Shoaib Malik fought really hard in the last match against the Qalandars, where he scored 73 runs from 48 balls. Overall in this league, he has scored 174 runs in 6 matches at an average of 43.5.

Mohammad Nawaz is a useful all-rounder who is underrated at times. In this league, he has scored 93 runs in 6 matches and has even picked up a wicket at an economy of 7.6.

Mohammad Hasnain went wicketless in the last match against Islamabad United, but he is a good young pacer who has scalped 6 wickets in this league at an economy of 8.54.

Sarfaraz Ahmed got out early in the last match against Islamabad United, where he scored just 2 runs. That being said, he is still the leading run-scorer for Quetta Gladiators in this league with 187 runs in 6 matches.

QUE vs PES Must Picks for Dream11 Fantasy Cricket:

Jake Weatherald played a responsible innings in the last match against Islamabad United, scoring 43 runs from 35 balls. It’s worth a risk in picking him as your fantasy team skipper.

Wahab Riaz is another risky captaincy pick. He will pick wickets and even scores runs down the order as well.

Kamran Akmal hasn’t matched his standards in this league. He has scored only 70 runs in 6 matches and averages only 11.66. Hence, you can avoid him while making your fantasy teams.