Heading into this match both the teams will aim to put their best game to the fore.

Queensland Fire Women and South Australia Scorpions Women will battle it out against each other in Match 7 of the Australia Women’s ODI series. The former won their initial fixture of the series but then had to face defeat in the next game against the Tasmania Women. They posted the target of 224 and couldn’t defend it as the opposition won by five wickets.

South Australia Scorpions Women on the other hand will play their first game of the series. Megan Schutt will lead the side and they will be all keen to kick start their campaign on a positive note. Heading into this match both the teams will aim to put their best game to the fore.

The bowlers might get an edge on this surface. The batters will have to stay firm on the pitch to build on their innings.

Keeper-batter Georgia Redmayne is one of the key players of the Queensland team. Her contributions at the top order will be crucial for the side. In the last match, she played belligerent innings of 63 runs.

Jess Jonassen will have the responsibility of leading the bowling unit of Queensland. She has so far scalped six wickets from two matches. She can be a good pick for this match.

Bridget Patterson had a good outing in the previous edition of the tournament. From seven matches she smashed 371 runs in the previous season. She will be determined to reflect the same for the team this time around as well. 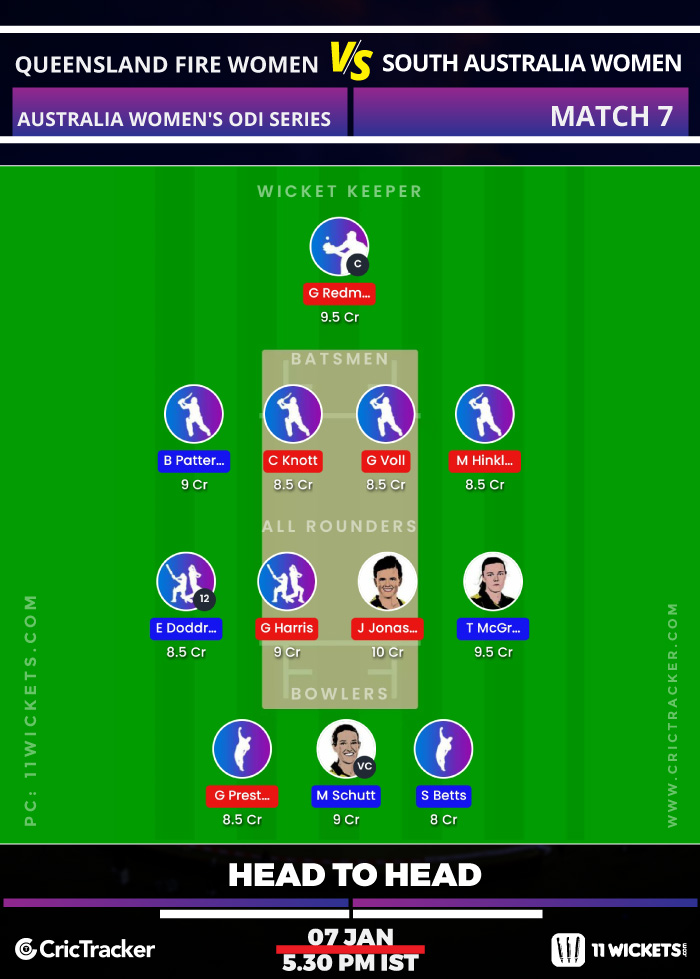 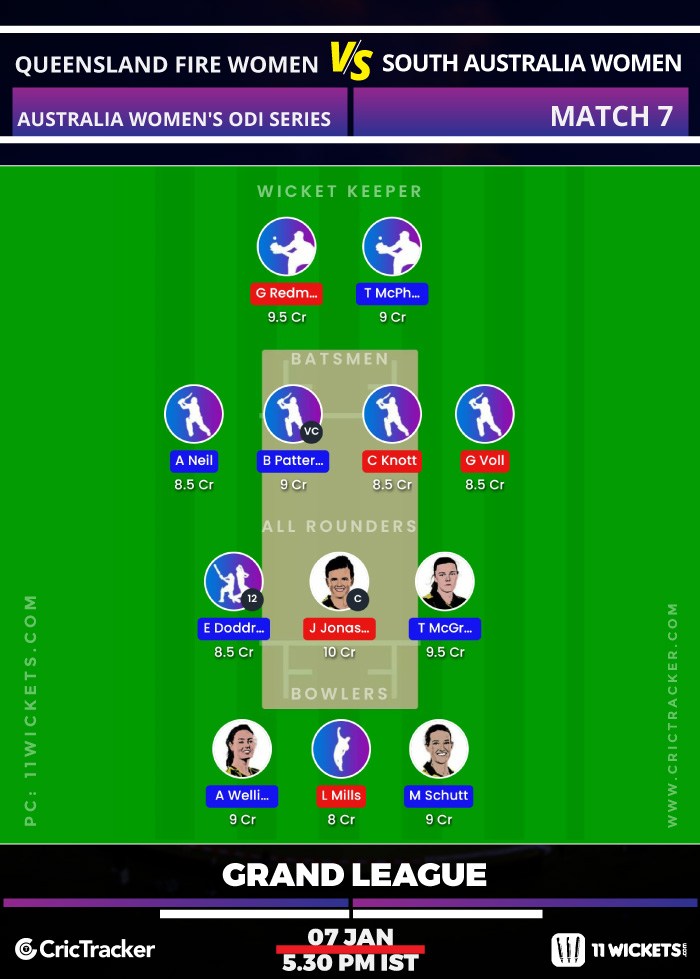