How many moments from DC's chaotic journey do you remember? Come on! It’s been only 5 days that IPL got over! 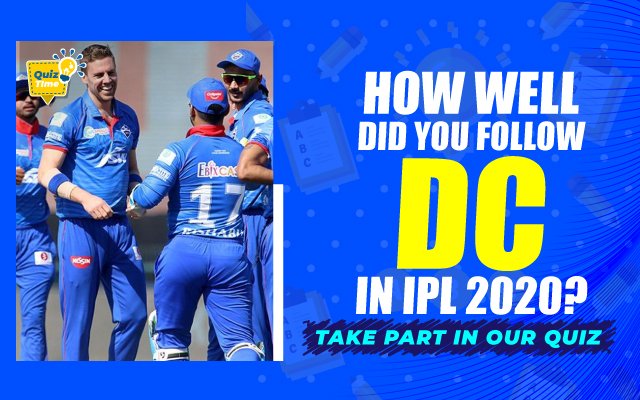 There can be many ways to define the Delhi franchise in the Indian Premier League, but there would be none better than terming them as “underachievers”. They have tried every possible solution to change their fortunes, which included rechristening the team from Delhi Daredevils to the Delhi Capitals.

This year, DC’s intention was clear right from the onset. They had a top-heavy batting line up with a congested column of Indian batsmen. The management invested wisely in youth as well as experience, and without a shade of doubt, their team appeared more balanced than ever. Although, little did the Capitals know about a string of injuries awaiting them.

Before they could heal themselves of one wound, a fresh one would arrive. In the absence of Ishant Sharma, they lacked an Indian speedster in their ranks. Amit Mishra’s injury meant the absence of a reliable spinner who made a strong start in the tournament. In the middle phase, the injury to Rishabh Pant threw the team off-balance as that forced them to seat Shimron Hetmyer too. Amidst raining injuries and the quandary of finding their best eleven, the Capitals went onto clinch 7 of their first 9 encounters and under Shreyas Iyer, the team, this year, came like a breath of fresh air.

However, the Capitals floundered heavily in the second half of the tournament and almost relinquished the advantage of their toil in the first half. From a reeling opening combination to lack of intent in the middle-order, from an out-of-form Prithvi Shaw to the fluctuating returns of Ajinkya Rahane, much like every team, throughout a tournament as long as the IPL, DC, too, had a fair load of problems. However, the timing for their problems to rise could not have been any worse.

With six losses in their final eight fixtures, DC went back to the wrong lane. A victory against Royal Challengers Bangalore in their last league fixture meant that they just somehow managed to seal the top-two spot. DC, despite losing the first Qualifier, made its maiden appearance in the final, however, their hate-story with Mumbai Indians – who DC faced thrice this year before the final – came back to haunt them in the titular clash.

It was one topsy-turvy ride for the runners-up in every sense. But hang on, how many moments from their journey do you remember? Come on! It’s been only 5 days that IPL got over! Time to check your memory in our exclusive quiz.