Quiz: How well did you follow the AUS vs IND ODI battle?

Quiz: How well did you follow the AUS vs IND ODI battle? 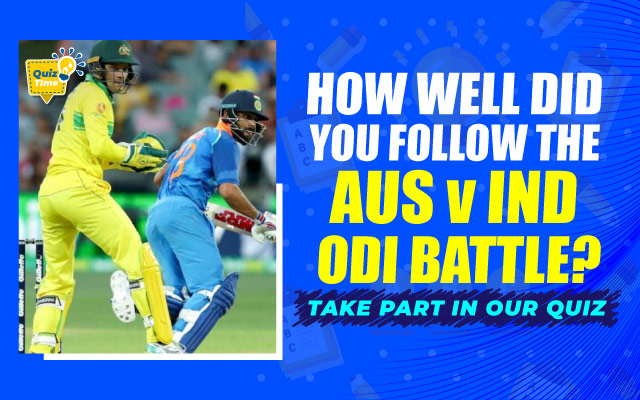 The much anticipated India’s tour of Australia will kick start on November 27th when the two teams will be part of the first game of the 3-match ODI series. Sydney and Canberra are the venues for this series which is part of the ICC ODI Super League for CWC 2023. This series will also revisit the historic battle in the ODI format between Australia and India. Though the Aussies have been superior in terms of head to head, the Indian teams have put an effort to bring the record into their favour.

Until the late 2000s, Sachin Tendulkar used to stand as the lone warrior in front of the Australian domination but India found support from MS Dhoni and also the likes of Virat Kohli and Rohit Sharma in recent years. The duo of Kohli and Rohit have been a burden for Australia in the past decade as their contributions have helped the Indian team to register many memorable wins. Their partnership during the decider of the 3-match ODI series earlier this year was a perfect example of how the tables are turning India’s way.

The coming ODI series will be played by India in the absence of Rohit Sharma who has impeccable records against Australia irrespective of the venue he faced them. Rohit has scored 1328 runs across 30 ODI games he has played on the Australian soil with help of five centuries. Sharma scored 990 of those runs with four tons from 19 ODIs against the home side itself at 58.23 average.

Overall, the Indian opener has aggregated 2208 runs at an average of 61.33 against the Aussies with help of as many as eight centuries. Rohit’s absence might leave a big hole in the Indian line-up but the management will be hopeful about good output from his replacements in the squad. Moreover, India’s battle will be against Australia who has got all the star players available for the 3-match ODI series.