Try your luck on how well do you remember World Cup 2011. 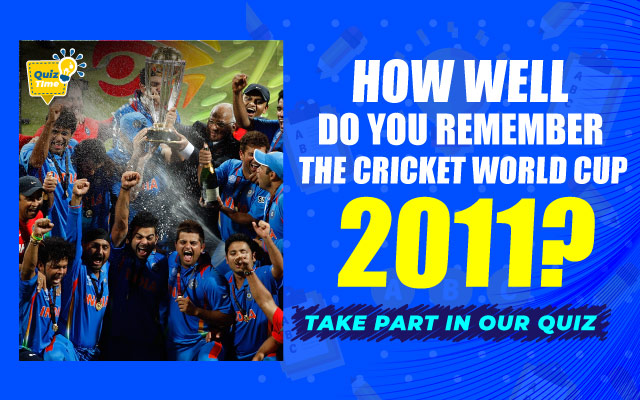 It’s 2 April today!!! The day India won the World Cup exactly 10 years ago. For many Indian fans, that day is probably their best ever as a cricket fan. Men in blue chased down the challenging total of 275 runs in the final and became the first team to win World Cup at home. That journey was not easy given it faced good competition from other countries over the course of the tournament.

India started their campaign with a win against Bangladesh in the inaugural match. Virender Sehwag lit up the tournament in the very first game with his blazing knock of 175 runs off 140 balls. The second game against England was quite a dramatic one with the game titling either way during the phase of the second innings. MS Dhoni’s men won their next two games against Ireland and Netherlands after a tie against England.

The very first loss for the Indian cricket team against South Africa took a big hit on their confidence. The fans were quite critical of that loss given how the batting line-up collapsed after a magnificent start. Meanwhile, Sachin Tendulkar had hit his 99th international hundred, and it looked like the 100th one was due just in the next few days. With a win against West Indies in their last group match, India finished second in the points table.

They now had to face four-time World Cup champions Australia in the quarter-final. The Dhoni-led team had a few hiccups in the clash against Aussies but eventually rose to the occasion. That win made India a certain favourite for the title. Men in blue faced arch-rivals Pakistan in the semifinal, who did not pose a good fight losing the game by 29 runs. The stage was now set for probably the biggest ever match of the Indian cricket team to date.

India lost the toss in the crucial final which meant they would be chasing in a high-pressure game. Mahela Jayawardene smashed a wonderful century to propel his team to a good total. When fell in form of the second wicket in the Indian innings, it looked like World Cup was slipping away from the home team’s reach. But Gautam Gambhir and MS Dhoni played innings of their life on that day to script history.