How well do you know the history of Border-Gavaskar Trophy? 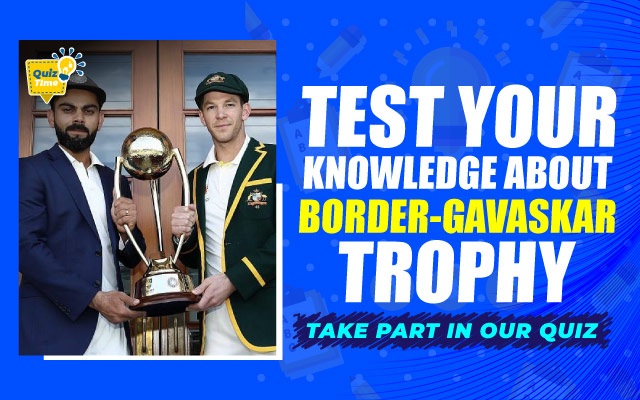 After sharing the proceedings in the ODI and T20I series, Australia and India will now be part of a 4-match Test series. India, the holders of Border-Gavaskar Trophy, will be hoping to at least draw the series to retain the trophy. An improbable series victory could give them their No.1 Test team raking and also the top spot in the World Test championship table. Australia is currently on the top of both tables which they would like to retain with a home series win.

The exciting Test series is backed by the hype of the historic rivalry between the two teams. Australia was the dominant side among the two as they did not lose a home Test against the Indian team until 1978-79 season. India was made to wait for their maiden Test series win over the Aussies until 1979. As India began to give a tough competition, it was decided by both cricket boards that the Test battle between two teams was to contest for Border-Gavaskar Trophy.

The trophy was titled in the name of Australia’s Sir Allan Border and India’s Sunil Gavaskar; the first two cricketers to breach the 10000-run mark in Test cricket. The first series of Border-Gavaskar Trophy was played in 1996 which was a one-off Test match in India. The trophy has been more of a home dominant one as both the teams lost only one Test series at home – India in 2004-05 and Australia in 2018-19. The drawn series in 2003-04 season in Australia helped the Indian team to retain the prized possession.

The last two and half decades saw the rise of the Indian team which resulted in them having an edge over the Aussies in this trophy. The India-Australia battle did earn hype and coverage thanks to some epic thrilling contests. The 2001 Test series in India was one of them where India bounced back to clinch the series from being 10 wickets away from losing it. The series starting on December 17th could well witness such close matches with lots at the stake for both teams in every match.