Rajasthan will look to seal a top two berth.

Rajasthan and Chennai are all set to lock horns against each other in the Indian T20 League fixture. Rajasthan are coming into this fixture on the back of a win, whereas, Chennai come into this fixture on the back of two consecutive losses. Chennai are out of the playoff race, but will surely look to bow out of the tournament with a win. On the other hand, Rajasthan will be desperate for a win here, in order to qualify in the top two, which gives them two shots at reaching the final. Chennai have claimed just four wins from their 13 games, whereas, Rajasthan have won eight.

The wicket is expected to be good for batting conditions. The team batting first will at least look to post around 190 runs on the board, given the dew factor which might come into play later.

Jos Buttler has amassed 627 runs in 13 matches at an average of 52.25, which also includes three centuries. He is the current holder of the Orange Cap.

Ruturaj Gaikwad has not been at his best this season, but has still managed to score 366 runs in 13 innings at an average of 28.15. He scored a half century in the previous game.

Yuzvendra Chahal is the current holder of the Purple Cap. He has claimed 24 wickets in 13 matches at an average of 16.83. 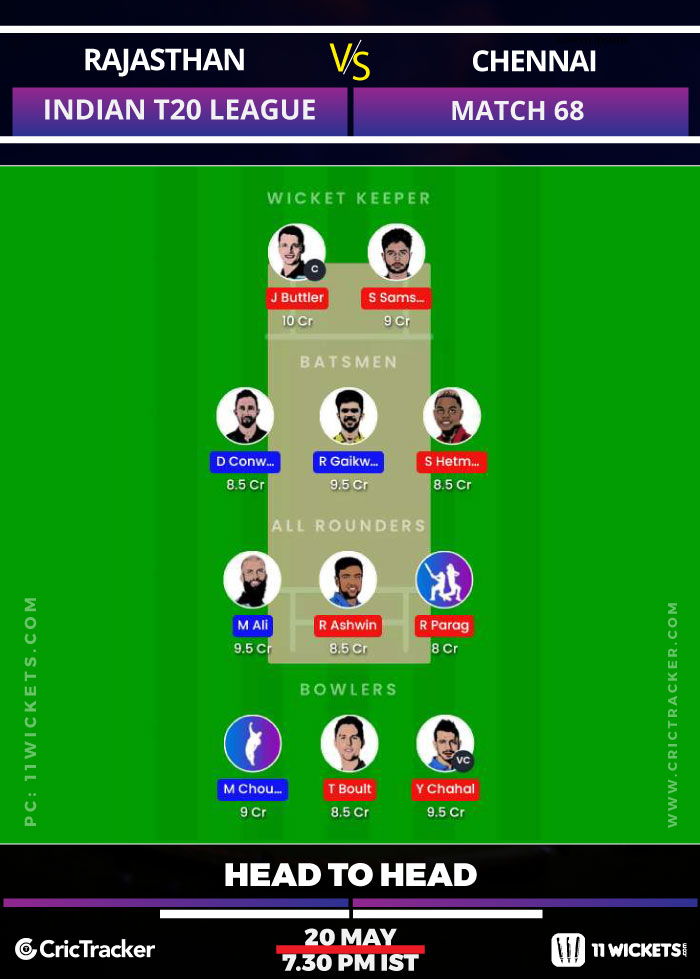 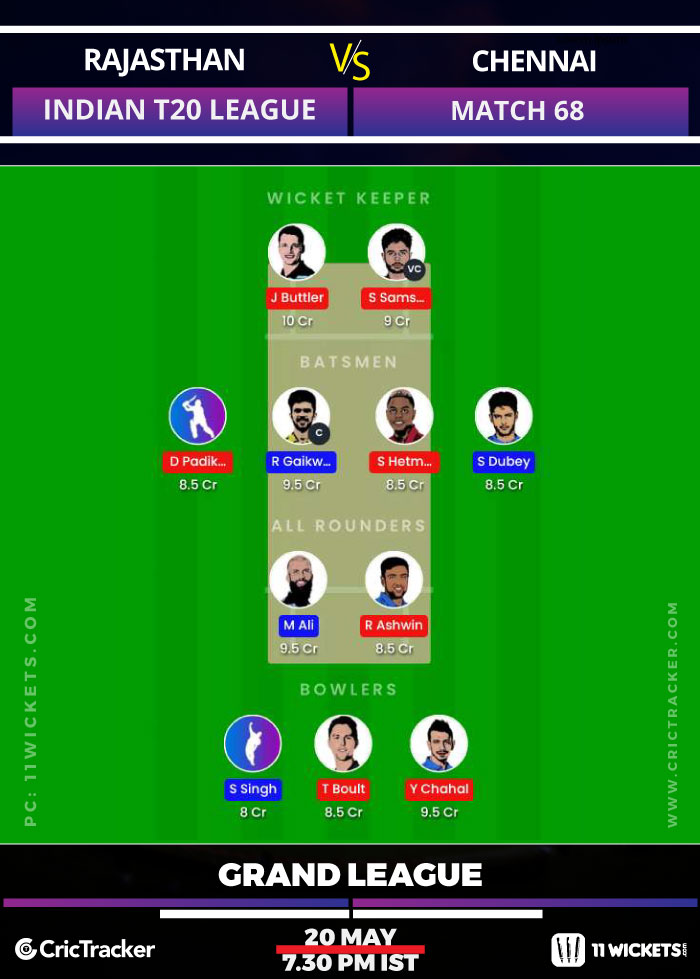