Priyank Panchal and Bhargav Merai have set the Ranji Trophy on fire with their brilliant batting display.

The Round 7 Elite Group A & B fixture of the Ranji Trophy 2019-20 will be played between Gujarat vs Vidarbha at the Lalabhai Contractor Stadium in Surat.

Gujarat has done an impressive job in this season of Ranji Trophy. They are currently in the second position in their group with three wins in their five outings. They have done exceedingly well as a unit due to which they have got results in their favour. In batting, they have Priyank Panchal and Bhargav Merai, who are in red-hot form with the bat.

The former has scored 344 runs whereas the latter has mustered 347 runs. They would be eager to replicate their good form in the upcoming game against Vidarbha. On the other hand, their bowling they have Arzan Nagwaswalla, who took an amazing 10-wicket haul in the previous game and he would be expected to come up with the same performance.

Vidarbha suffered a big defeat in their previous encounter and they would be looking to come up with some stronger display in the upcoming game. Ganesh Satish is in great form and he has massed 551 runs in with three centuries in his five games. He will have to play the role of a sheet anchor in batting for Vidarbha as far as his form is concerned.

In bowling, Aditya Sarwate has turned out to be the leading wicket-taker for his side. He has grabbed 23 wickets with one five-wicket haul and one 10-wicket haul in the ongoing tournament. His performance will play an important role if Vidarbha wants to outclass the in-form Gujarat.

The weather is expected to be clear on the all days game except on Day-2. There are chances that there might be some showers hovering on Day-2 but it will not hamper the game. On the other hand, the temperature is expected to deviate between 17 and 30 Degree Celsius throughout the game according to Accuweather.

The track at Lalabhai Contractor Stadium is expected to go in favour of the spin heads. In one game played in this season at this venue, the spinners had an edge over the batsmen and the same might happen in the upcoming match. The side winning the toss will look to bat first as none of the sides will want to face the spinners on the final day of the match.

Both the teams haven’t officially announced any changes in the squad. We are assuming there won’t be any changes to their side from the previous game.

Priyank Panchal and Bhargav Merai have set the Ranji Trophy on fire with their brilliant batting display. The duo will be an obvious pick for any Dream11 Fantasy Side. The former has scored 345 runs whereas the latter has mustered 347 runs. Aditya Sarwate has taken 23 wickets in the ongoing tournament and he will be an important player to watch out in the game between Vidarbha and Gujarat. 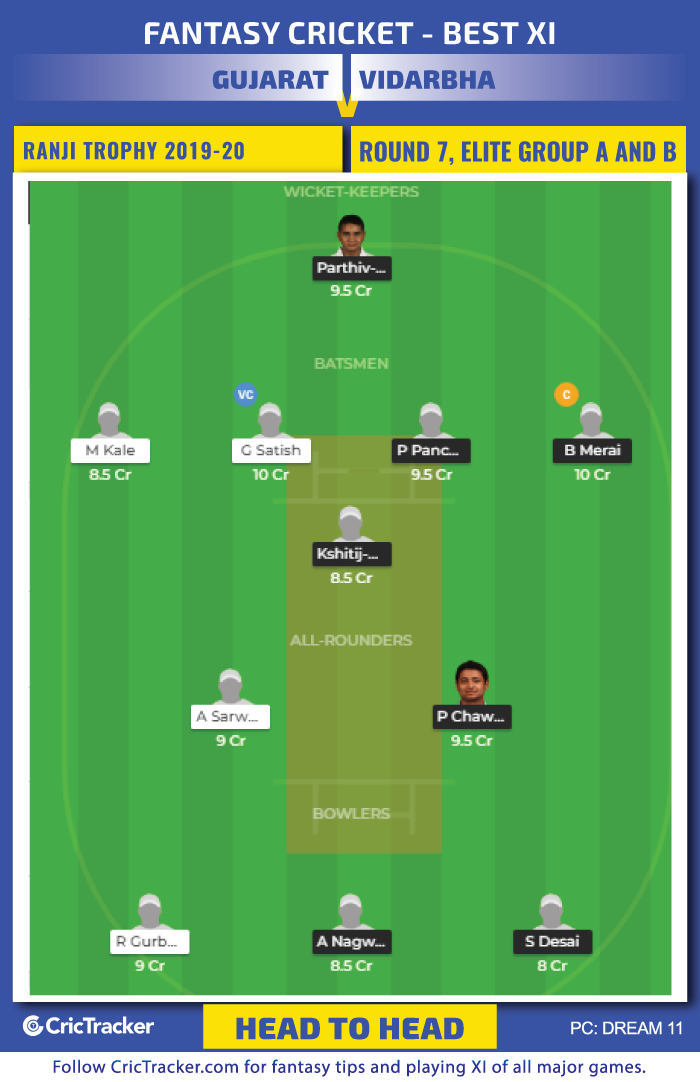 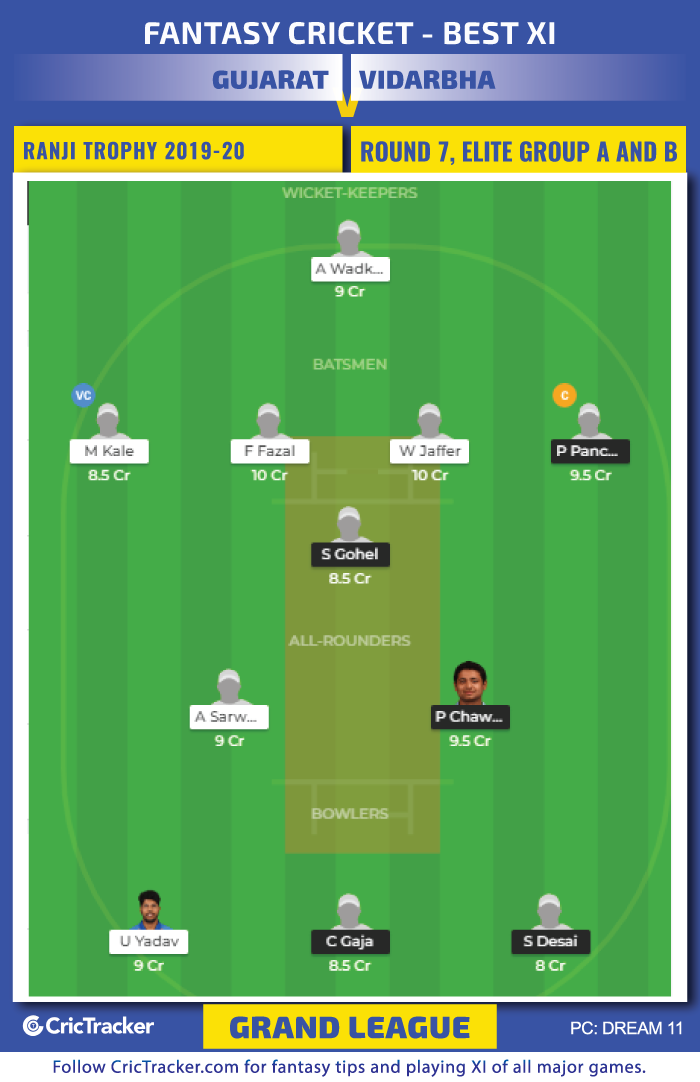 Try to pick spin heads as they will get a lot of help from the wicket. Priyank Panchal and Bhargav Merai will be key players to be picked as far as their form is concerned.

Gujarat is the favourites to win this game.