RMC are expected to win this match

Rome Bangla Morning Sun will face Roma CC Cricket Club in the third match of the Rome T10 Series. Roma CC finsihed second in the group stages of the previous season having managed to win 7 out of the 8 matches. They will be looking to go further this time around. On the other hand, Rome Bangla Morning Sun had a mixed campaign managing to win 4 out of the 8 matches in the last edition.

The pitch here will be in favor of batters and best suited for pacers as compared to the spinners. Both teams will prefer chasing.

Ahmed Anik is a quality player and has scored 181 runs in just 6 matches last season while also picking up 7 wickets with the ball. 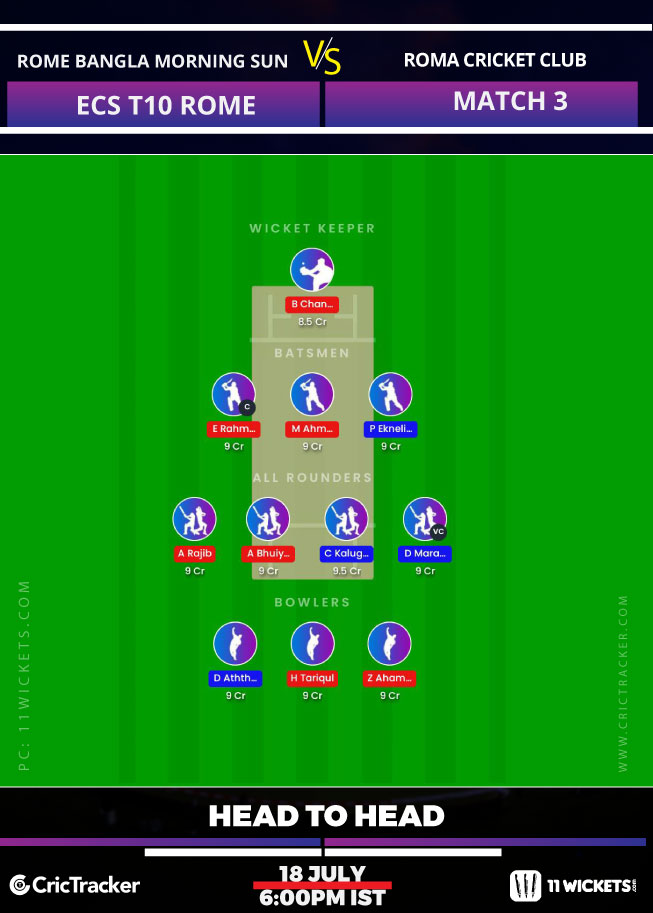