The RCB vs KKR game is expected to produce a run-feast at the high-scoring Sharjah Stadium. 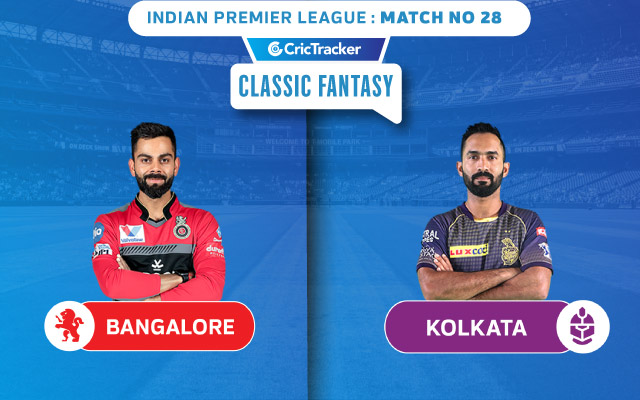 Monday will mark the completion of the halfway of the league phase in the 2020 Indian Premier League (IPL). The RCB vs KKR game is expected to produce a run-feast at the high-scoring Sharjah Stadium. The inform likes of Virat Kohli and AB de Villiers will hold the key for the RCB team while Knight Riders hope their spinners can do some magic and contain the RCB batters.

Schedule logistics around RCB vs KKR

RCB will be featuring in three matches between Monday and Saturday including back to back matches in Sharjah. Hence, we can pick at least three players from their squad. Rishabh Pant is injured and won’t be available for a week.

Who will be the star during RCB vs KKR?

The likes of Virat Kohli and AB de Villiers have done well against KKR in the past but spinners Narine and Varun can get them out early. In the current form, they are the safest options to bank on. Andre Russell, on the other hand, hasn’t got going in the tournament but can find some form against RCB but Morris and Chahal can dismiss him for a cheap score.

Virat Kohli scored over 200 runs in his last three matches including two unbeaten 70+ knocks. Hence, he can be a safe option as captain so do KKR’s Shubman Gill who has been consistent in the competition. Chris Morris has a great record against the likes of Andre Russell and Dinesh Karthik which is why we have not picked any of the big names from KKR. 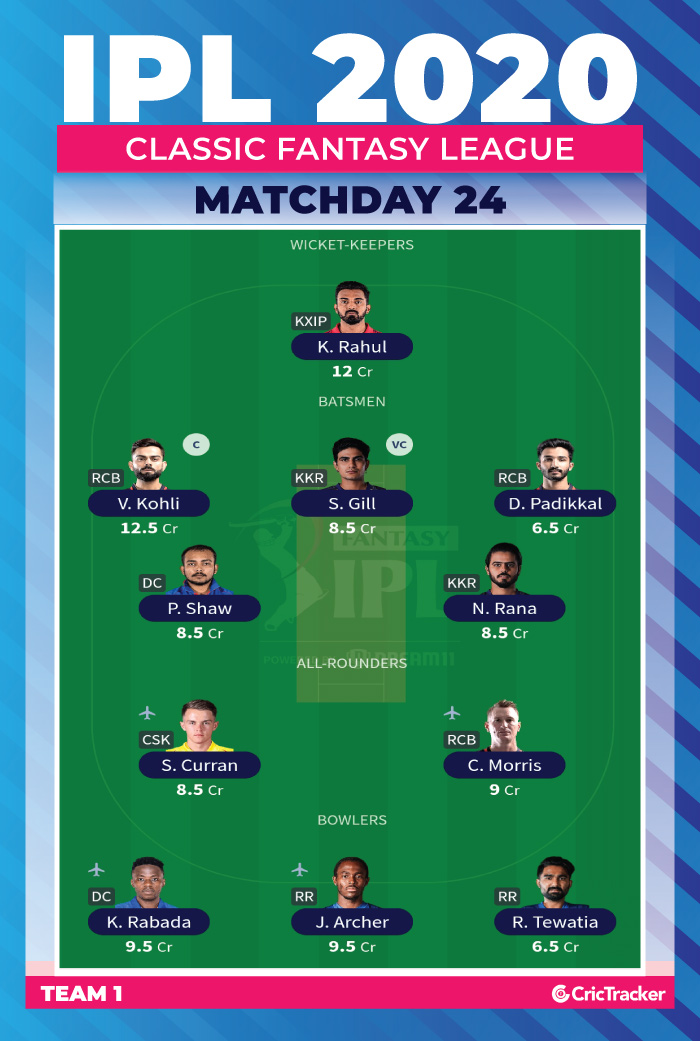 Andre Russell suffered an injury in the match against KXIP but is expected to play the RCB vs KKR. If he survives, the threat from Morris, he could end up scoring a big one. We have picked Eoin Morgan ahead of Virat Kohli as the England skipper will be a differential pick. 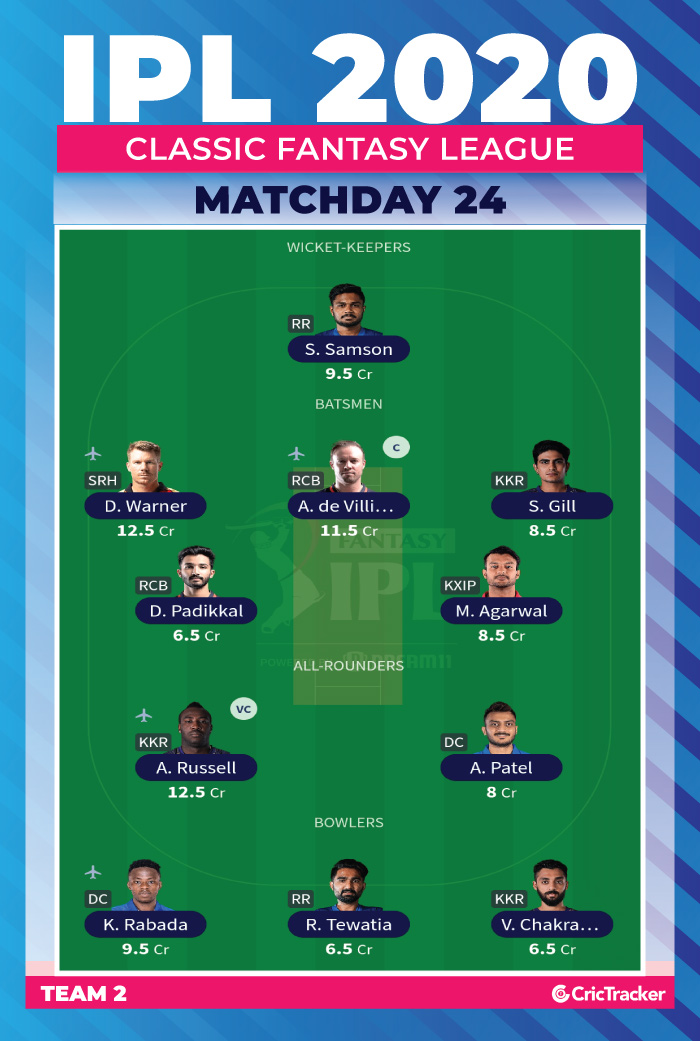