The two teams involved have got a competitive head-to-head record going with the Rajasthan Royals having the lead with 10 wins. Royal Challengers Bangalore won 8 matches. 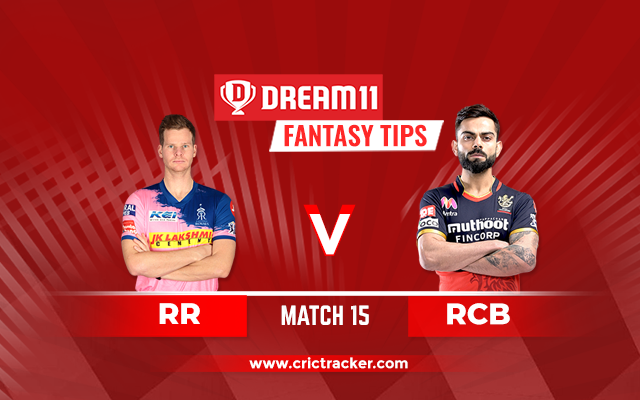 The 15th match of the Indian Premier League (IPL) 2020 will be played between Royal Challengers Bangalore and Rajasthan Royals at the Sheikh Zayed Stadium in Abu Dhabi.

For a change, the Royal Challengers Bangalore (RCB) have won two out of their first three games this season. After the huge loss against Kings XI Punjab (KXIP), they bounced back in the game against the Mumbai Indians (MI). They held their nerve in the Super Over and just about hopped across the line. In their upcoming encounter, they will be playing the Rajasthan Royals (RR).

Also, this will be the first afternoon game of this season and the teams will be thoroughly tested under the heat. The Royals, after two brilliant performances in the first two games, faltered in the last match against Kolkata Knight Riders (KKR). This will be yet another new venue for them. It is important for them to adapt and play according to the conditions prevailing here.

Fortunately for both the teams, the temperature won’t be as high as it is on some of the other days. The maximum temperature will be around 34 degrees Celsius and it will be that way for the entire game.

The pitch at Abu Dhabi is a good one to bat on. If the batsmen get their eye in, they can go for some big shots. There is assistance on offer for the bowlers as well if they hit the right areas.

170 (Thus far at this venue in the tournament)

Chris Morris was seen batting and bowling during the RCB practice session. However, his participation call will be taken on the match-day.

What happened in the cricket world today - June 21

AB de Villiers is the leading run-scorer for RCB this season with 134 runs in three games at an average of 67 and a strike rate of 186.

Sanju Samson scored 167 runs in three games so far even though he missed out in the last game and has a strike rate of over 200.

Yuzvendra Chahal has accounted for 5 wickets in three games and has got an economy rate of 7.58.

Virat Kohli only scored 18 runs from three games and looks rusty after the forced break. However, he is someone you can’t avoid having in your side for the kind of scores he can get once he gets going.

Steve Smith, the skipper of Rajasthan Royals, engineered his way to 122 runs in three games while maintaining a strike rate of over 150.

Tom Curran picked up three wickets in three games and even registered an unbeaten 54 in the last match.

Sanju Samson is also a really great option as the captain. You can select him as one in any one of your Grand League teams.

The Rajasthan Royals are predicted to win this encounter.